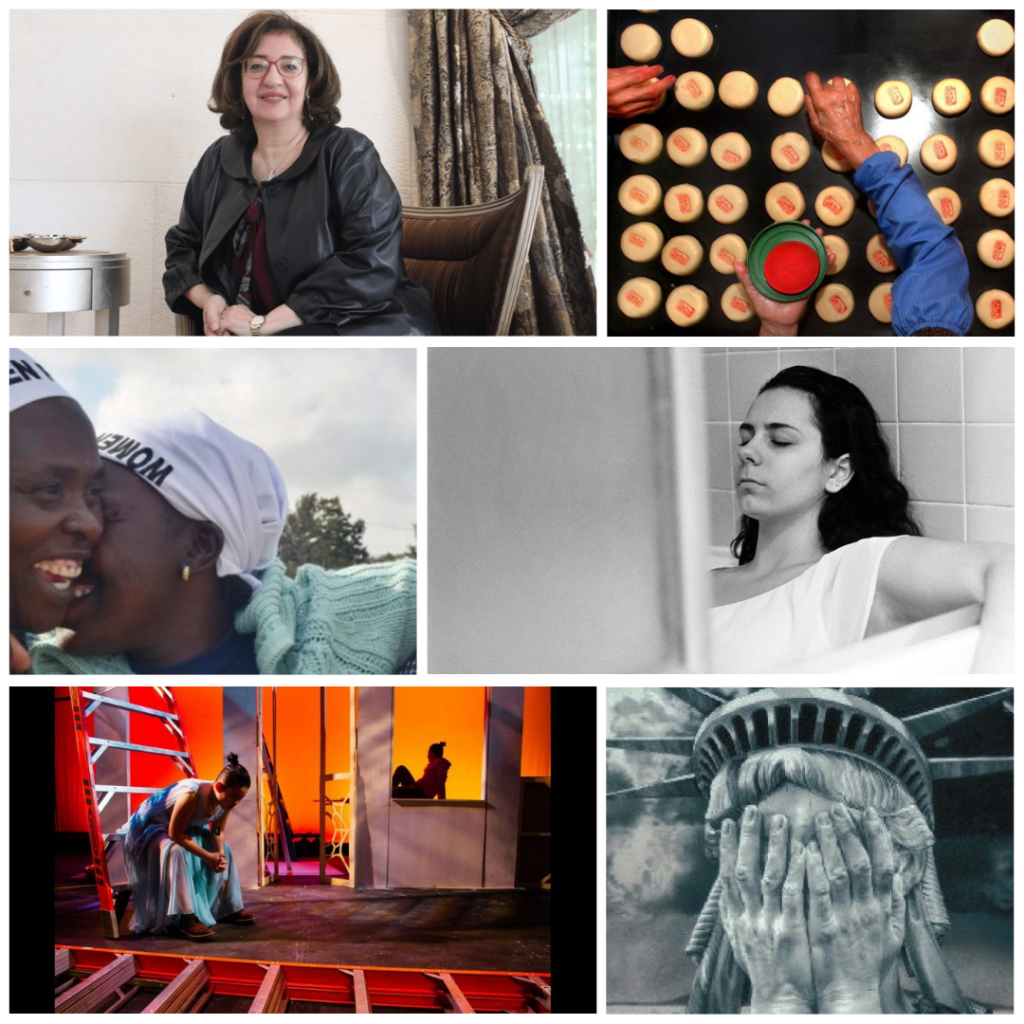 Images from the winning stories in our contest.

The contest, named in honor of the late Arch Roberts Jr and supported by an anonymous donor, offered students at our 17 partner schools the chance to tell a story that resonates with young people around the world.

This year, a three-person jury awarded prizes to articles, photo reports, a podcast and a video that explored women’s rights, identity and mental health.

We received 52 entries from students at 13 institutions — a record high for News-Decoder’s annual contest. Participants were asked to offer a fresh perspective on the world’s challenges.

Obediat produced a six-part series on women’s rights in the Middle East based on an interview with Reem Abu Hassan, a lawyer and former minister of Social Development in Jordan. Each article examined the role of women through a different lens: child marriages, religion, economy, honor crimes and domestic violence. We will be publishing Obediat’s remaining articles in the coming days.

The other first prize winner took a different approach — Tan reflected on her identity as an Asian-American and shared how she learned to straddle the two cultures.

Contest judge Stella Mapenzauswa, a journalist and media consultant from Zimbabwe, praised the author for her authentic use of humor and for her angst to tell a serious story in an entertaining way.

“Very well written first person take on self-identity that will resonate with many youth, not just in the U.S. but elsewhere in the world,” Mapenzauswa said.

Kasey Ingerson of Westover won first runner-up for a multimedia story about her experience overcoming PTSD.

“I wrote this essay during a time when I was struggling with my emotions and with PTSD. I hope the essay finds its way to anyone who feels alone,” she wrote in a note accompanying the story.

The jury saluted Ingerson’s ability to write with authority on a personal and important topic of global relevance.

Wachtel reflected on how her experience studying abroad opened her eyes to new ways of thinking.

Juror Aralynn McMane, a journalism practitioner and educator in both the United States and France, said: “This is what you hope will happen when an American spends a year in France. Great insights and a change of heart.”

Van put together a creative photo story to show how genders can coexist, and Abuga traveled to her hometown of Nairobi to conduct on-the-ground reporting on a welfare group for single women.

Westover students won three of the six prizes — an unprecedented haul by a single school since we launched the first contest three years ago.

Alexandra Gray is News-Decoder’s Community Engagement and Business Development manager. She develops creative marketing and communications content, manages social media accounts and works closely with the Student Ambassadors. She has a master’s in marketing from the University of Edinburgh and spent one year of high school at one of News-Decoder’s partner institutions, School Year Abroad Italy.