Women’s rights can be advanced under Islam

Many Westerners hold misconceptions about Middle Eastern women. They are not powerless, and Islam is compatible with women’s rights. 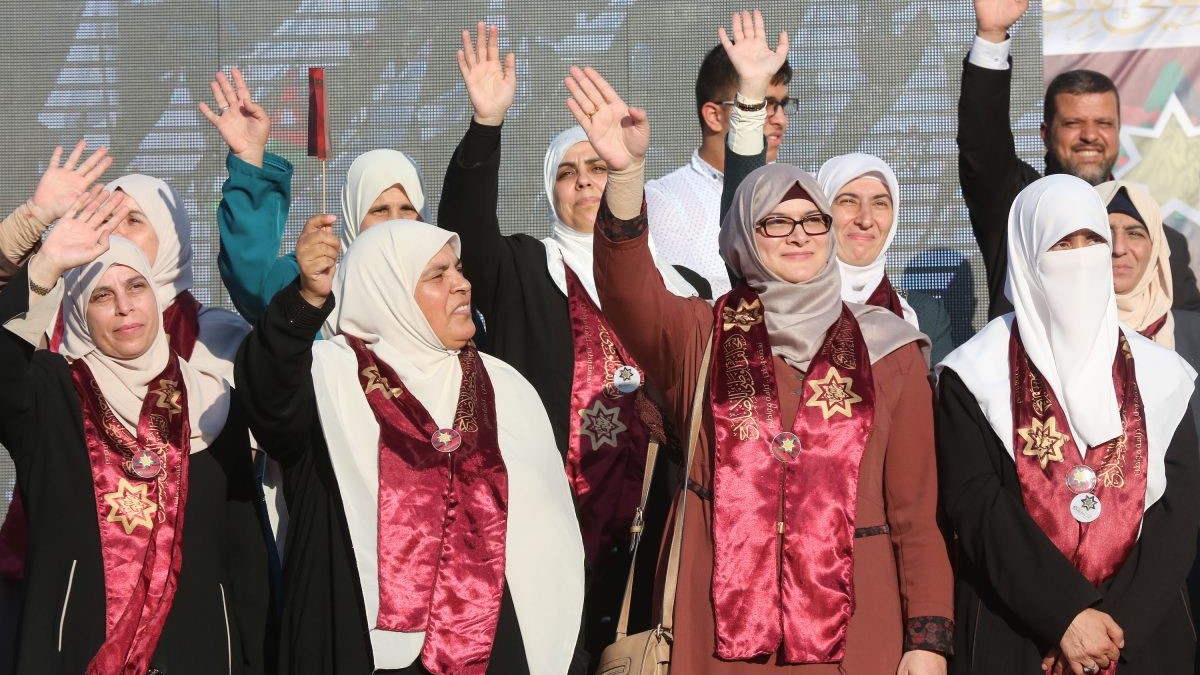 Candidates wave during a rally ahead of parliamentary elections in Jordan, 2 September 2016. (EPA/Jamal Nasrallah)

This is the second of five articles on women’s rights in the Middle East. Winner of first prize in our recent Storytelling Contest, the series is based on the author’s interview with Reem Abu Hassan, a lawyer and former minister of Social Development in Jordan. Today’s article explores feminism in the Middle East. To read the first article, click here.

Many Westerners hold misconceptions about the rights and liberties of Middle Eastern women. They view our women as powerless figures who exist to please men, while making no real contributions to society.

This image is false, but it is not without real sources.

The prominent and media-savvy terrorist organization Islamic State of Iraq and the Levant (SIL) is in large part to blame, says Reem Abu Hassan, a former minister of Social Development in Jordan. ISIL’s violent and patriarchal practices have reinforced Western perceptions that Middle Eastern women are powerless and that the region needs to be led towards notions of democracy and progress.

European countries are also to blame: their interventions into our region — both historically and in recent times — have helped spark a politics of opposition as well as religious fundamentalism.

The intrusions of European nations into our territories and societies have made many Arabs fearful of being Westernized, of forfeiting their sovereignty.

That fear has manifested itself in various ways, including in widespread opposition to advancing women’s rights. Since many people associate such advancement with the feminist movement in the West, they perceive opposition to it as one way to fight Westernization.

What is more, some conservatives have misinterpreted the Quran, encouraging some men to think they have the authority to do anything to keep women in check.

Finding solutions based on local traditions

As a longstanding advocate of women’s rights in Jordan, Hassan has a great many ideas on how to promote the movement without threatening traditions or sense of identity.

One way is to find local solutions to problems

For example, Hassan once headed the legal team attached to a family protection project combating domestic violence. They wanted to establish a legal basis to open shelters for battered women.

The lawyers sought solutions based on Jordan’s tribal traditions to avoid accusations that they were importing Western ideas.

In their research they came across the practice of aldakhala: When a woman seeks the protection of a tribe, she is placed in the tribe’s women’s quarters. For three days, the tribe’s chief does not talk to her, to provide her enough time to calm down. After the three days, he asks her questions to understand her reasons for seeking refuge and then becomes her advocate.

In modern times, the state plays the role of tribe chief, Hassan said. It is the state’s duty to open shelters for women who seek protection.

The solution offers the benefit of upholding Jordan’s traditions while being compatible with international women’s rights standards, Hassan noted.

Hassan does not see Arabism or Islam as contradicting women’s rights, although religious theory can diverge greatly from practice.

Jordan’s women’s movement aims to ensure Islamic texts are interpreted in a way that empowers women while defending women from violence that can result from fundamentalists’ misinterpretation of scripture.

“The women’s movement has been working on this since 1992, when we were working towards preparing Jordan to participate in the Beijing conference of 1995,” Hassan said, referring to the United Nations conference on women that year in China’s capital. “The best way to change the social norms is through linking whatever demands you have with the true position in Islam.”

For example with respect to honor crimes, Islam holds that someone who suspects his wife of committing adultery has recourse to almola’aneh — a system that permits a husband to obtain a divorce but never to kill his wife.

Islam is a fundamental part of Middle Eastern culture. It informs our perception of life, our collective mindset and our identity. The fight for women’s rights should be embedded within it. We should emphasize the parts of Islam that help us in our fight for justice.