A New Yorker finds new ways of thinking in France

I’m a New Yorker studying in France. I now realize a president doesn’t define a country and there are constructive ways to talk about politics. 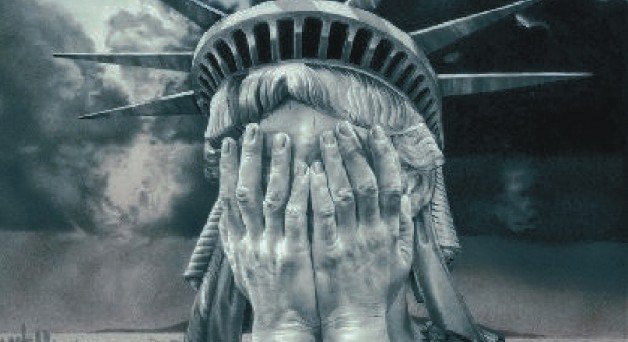 Since arriving in France over six months ago, I’ve had the same conversation many times over.

A few minutes after meeting me, French adults will leap at the opportunity to ask: “So, what do you think of President Donald Trump?”

I then go into a rant about why I don’t approve of what is going on in American politics in 2019.

I talk about my thoughts about the border wall, about where our country stands on climate change, about the fact that we’ve never had a woman president, and so on. I think that’s how most people would reply if, like me, they had grown up in New York City, one of the most liberal and “open-minded” cities in the world.

After giving my typical rant about American politics, French people often ask me: “So, what do you like about America?”

I have to think. I don’t have immediate answers.

When I watch the news or get news updates on my phone, I go straight to the negative parts and problem areas in America. I never reach for the excitement. Maybe that’s just me or maybe that’s how most people born in New York are raised.

As a New Yorker in France, I found there are constructive ways of talking about politics.

The French president, Emmanuel Macron, has a lower approval rating in France than Trump does in America. When I ask French adults what they think of Macron, they are quick to explain their extreme dissatisfaction, saying something along the lines of, “He’s the president of the rich,” “He hasn’t gotten anything done in office,” and so on.

But unlike me, the French will declare why they love France: They love the culture, the morals, the laws, the centralized system. The French people I’ve talked to don’t associate their appreciation for their country with their president.

That’s something I had never seen before this year.

The opportunity to live in France has opened my eyes to new ways of thinking other than simply as a New Yorker. I’ve realized a president doesn’t necessarily define a country. I’ve realized there are constructive ways of talking about politics.

A few weeks ago, a friend and I were having a discussion with her host mom about Trump. Her host mom and I had completely different views, but the conversation did not end with screaming or harsh judgments, as it would have in New York. Instead, I was able to learn about why she thought as she did.

It took me 16 years to see the New York City bubble I have lived in. And that’s no way to live. Instead of putting labels on what is “normal” or what is “good” in politics, try and erase what preconceived notions you have.

Think for yourself. In 2019, what do you, personally, think about what’s going on in the world? What do you want to do to make the world a better place?

Elisabeth Wachtel is spending her second to last year of high school studying with School Year Abroad France in Rennes. She will return next year to the Nightingale-Bamford School in New York to complete high school. Wachtel is particularly interested in History as well as Political Science, which she plans to pursue at university. She is a member of her home school’s badminton and debate teams.