A meal — and a beating — that changed my life forever

I have always wondered why my Mom gave me a merciless beating over a piece of meat. But that meal changed my life for the better. 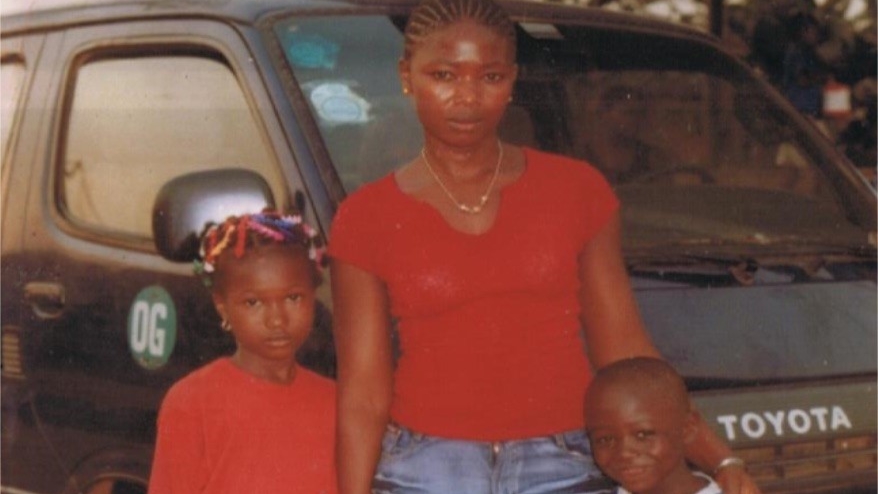 The author with his mother and elder sister Isata in 2009

The idea of mealtime is strange to me as I remember eating whenever food was available. After we ate wan-pot in the morning, my Mom would go sell confectionery goods at the market square in town. When she came back, dinner was ready after two hours or more.

She prepared the most delicious meals — my stomach yearned uncontrollably for such meals. When I say dinner, I do not mean the dinner that you might picture with a round or square table at the center of a room, with the whole family sitting and eating. We barely had enough space in the house for us to sleep at night, so there was, of course, no space for a room just for eating. We ate outside in the open field with mango trees, orange trees and corn all around us. We often sought shade under the labary mango tree because it was the biggest. We ate in a circle as it is believed that if the elder siblings and the younger ones ate together, it would create a space for them to blend well and for empathy to manifest itself. This is the way my family nurtures a child’s responsibility and care for others in the family.

My family’s favorite Sierra Leonean meals are bean sauce, rice and bush meat. It was Friday, just after Jumah. My Mom dished out the meal in an open tray and called us to eat. As the youngest child, I was supposed to bring a jar of water along. I remember eating with my Mom; Abu, the eldest son; Haja, my cousin; Isata, my elder sister. The five of us were eating as silently as a lion walking towards its prey. Of course, we had our prey in front of us, which we were devouring. When the food was about done, the older ones kept their hands and meat from the tray — in this way, they showed their love for us by not eating until the end but rather leaving us some food. After all, they had bigger hands and could grab bigger portions of the food — leaving us with the last bites makes amends!

It was now between my elder sister Isata, who was the second youngest, and me, but there was only one piece of meat left in the tray. She wanted to take the meat and leave me with none. I asked her to share the beef equally, but she refused and gave me a very tiny portion. I asked her again to add more, but she insisted and said “Enti u big yay, u nor dea satisfy wit watin u get.” Meaning: I’m not happy with what I was given. So I vigorously took the meat from her and ran away with it. My Mom was observing us. I ate the meat while my sister cried. I had made a mockery of her and thought I would get away with it.

I took a vow never to eat meat again.

A few hours later, I was about to take my evening bath. My Mom grabbed me by my ears, and before I knew it, I was on the ground with her feet on my waist. She called out for a bamboo rod to flog me for what I had done earlier. Even today I have some of the scars from the bamboo rod buried in my skin. It sometimes makes me tremble with fear because I received an unknown number of strokes. I couldn’t run because I was under her feet — she knew I would have run away if I had the chance.

Our neighbors rescued me from the beating as they knew my Mom would not set me free any time soon. As soon as I was free from my Mom’s feet, I felt a cold breeze on my head and experienced a feeling of freedom. I moved away from her, and my desire to take a bath soon left me. I had horrifying thoughts of pouring cold water over my open wounds, and the howling I would make discouraged me even further. My Mom yelled at me and said in Krio, “U nor dea go wass ehn? U wan mak are kam for de sehkon rownd?” Meaning that I should go and take my bath or she would come to give me a second beating.

On my way to the stream, I took a vow never to eat meat again because it was for a bit of meat that my whole body was burning in pain, and some parts were swollen and bruised. It took me days to recover, and even my sister pitied me.

The meal changed my life for the better.

I have always wondered why my Mom gave me such a merciless beating just for a piece of meat. Over the years, I have thought of many reasons why I received such a beating that day. I have tried to convince myself that it was because I ate a harmless bit of meat that I childishly took from my sister. But today I realize it was because of the manner in which I took the meat. My Mom respected the fact that I asked first, but I should not have taken it the way I did and left her with nothing. That was a sign of disrespect, and I know I would have never done the same to my elder brother because he would have made me spit it out and I would not have dared eat anything spicy for a week or more because of the way he would have handled my mouth. My mother wanted me to learn the truth about the world — that I must not take things by force even if I think I have the power to do so. Such behavor makes me a lesser human and egocentric.

Today, I do not eat meat, mainly because of the vow I took after the beating my Mom gave me. When I was a kid, I reasoned that if I did not eat meat, I would be spared future beatings. I thought that way for a very long time. Now that I have understood the main reason she lashed me, I still can’t eat meat. I have been working on two things. One, never be uncharitable, and two, be a pescatarian. I am trying to become a vegetarian, which is a work in progress.

I am trying to be honest with myself. Honesty and credibility are my top values. I know no one is watching me and no one knows that I have taken a vow, but I still do not eat meat. I am honest with myself, and for that, I have chosen not to deceive myself. It is not because I respect the environment that I intentionally stopped eating meat, but what happened helped me change my mindset about animals and the environment. My vow helped me connect with the environment. It wasn’t just a beating. It was an eye opener, and for that, I am grateful.

The meal I had as an 11-year-old boy changed my life for the better. I now thank my mother for something I had for years seen as an abuse. Some might consider it as such. But that beating helped make me the ethical and global citizen that I aspire to become. 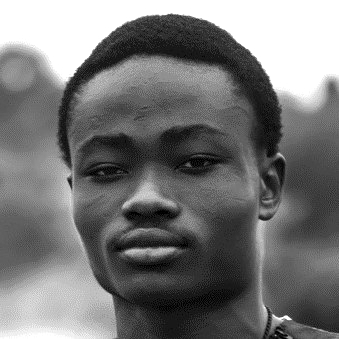 Kamuskay Kamara is a second-year student at the Africa Leadership Academy in South Africa. A citizen of Sierra Leone, he created an NGO called “Young Active Movement” to combat drug abuse in his neighborhood and to help young people envision a better society for all. His dream is to tell the story of children and young people.