Swiss student wins contest with video on fight against drugs 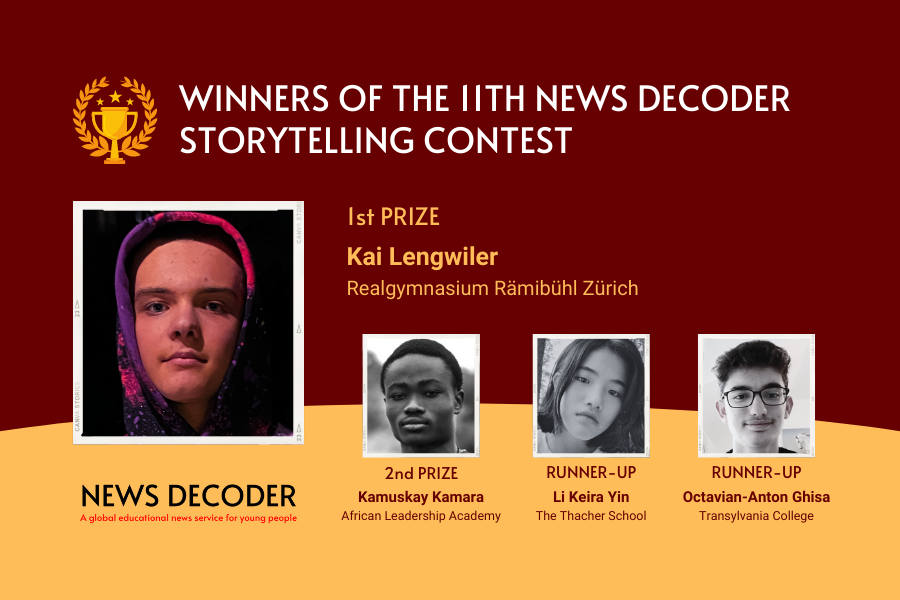 “A wonderful combination of narration, visuals and sounds to tell a story and bring the viewer for a ride,” said juror Angela Gu, a former News Decoder intern who is studying law at the University of Toronto. “There was so much packed into the video, and it was unpacked so well.”

Kamuskay Kamara of the African Leadership Academy in South Africa, who shared first prize in the previous Storytelling Contest, took second prize this time with his first-person account of how a family meal in his home country of Sierra Leone changed his life.

Octavian-Anton Ghisa of Transylvania College in Romania and Li Keira Yin of The Thacher School in the United States shared runner-up awards. Ghisa wrote about Ukrainian refugees in his home country of Romania, while Yin produced a first-person story about growing up in China.

Contest jurors praised the breadth of topics and types of storytelling.

It was a record third time that Yin has won a prize in News Decoder’s twice-yearly Storytelling Contest, which is supported by an anonymous donor in honor of the late Arch Roberts, Jr. Yin has published five articles on News Decoder, more than any other student in our seven years of operation, and recently was named Student in the Spotlight.

The jury, which included former News Decoder intern Tania Bagan, praised the breadth of topics and types of storytelling.

“I was really excited to see people using both old and new ways of storytelling — from first-person narratives through videos and podcasts — with imagination, creativity and flair,” Schlesinger said.

“The contest is a great way for students to flex their storytelling muscles and engage deeply with topical issues,” Gu said.

Thanks to the anonymous donor, Lengwiler was awarded $450, while Kamara received $200, and Ghisa and Yin $100 each.

‘I started crying halfway through.’

For Schlesinger, Kamara’s account of the lessons he has learned after misbehaving at a family meal was “incredibly moving and well-written. It grabbed me when I first saw it on the website and is equally impressive on rereading.”

Schlesinger lauded Ghisa for an excellent job on a topical issue — Ukrainian refugees. “I was so impressed that the author used his age and authority well, neither pretending to be more than he is nor underplaying his real experience,” Schlesinger said.

In her final year at Thacher, Yin has produced a range of stories for News Decoder, including a poem, first-person narratives and reporting on Uighurs and Tibetans. This time, her prize-winning piece “addresses the topics of family separation, loss and cultural shock through a personal story,” Bagan said.

“This is such a powerful story,” Gu said. “I started crying halfway through because you can see where it’s going and you brace yourself for it but it still hits hard.” 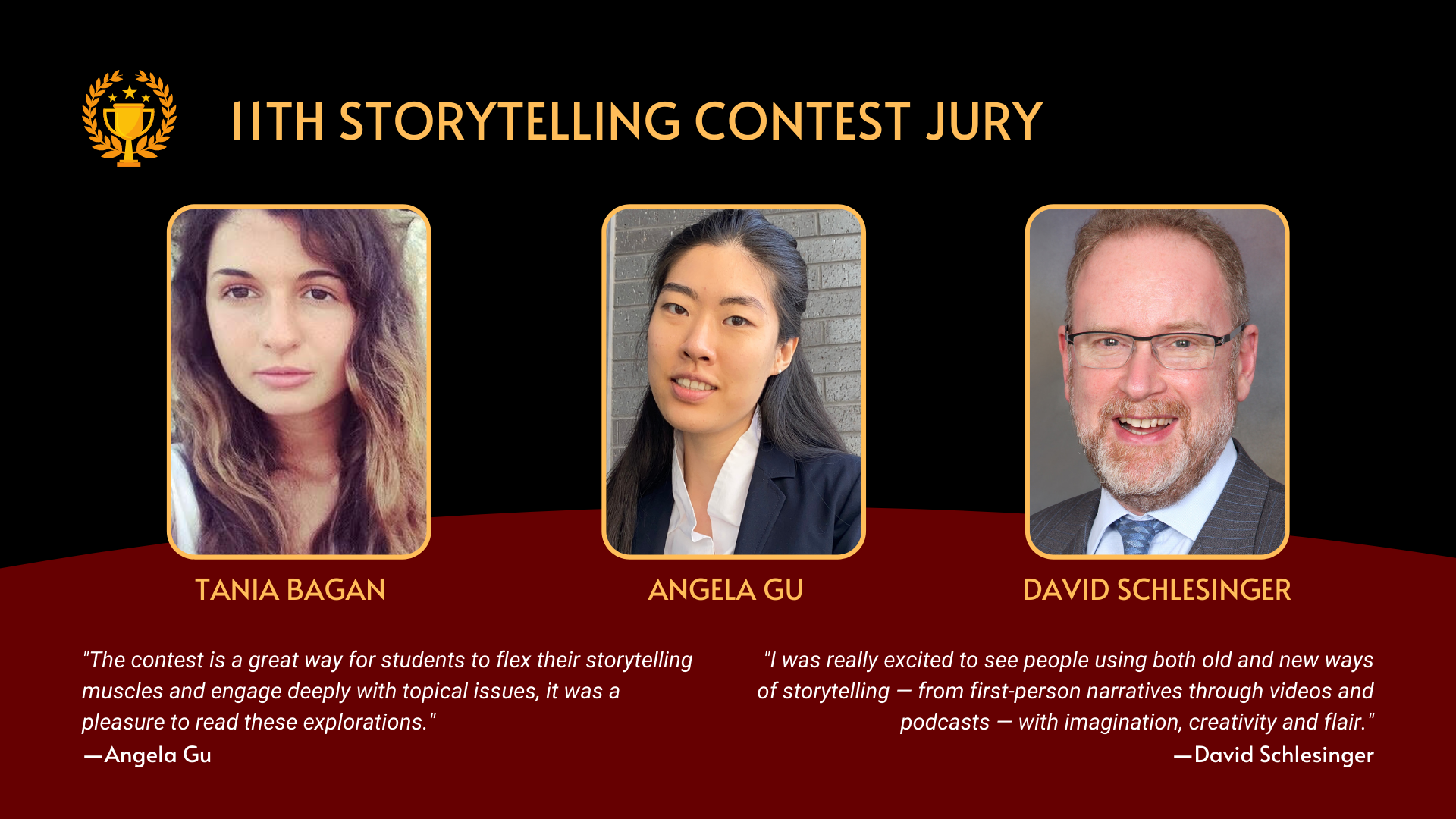