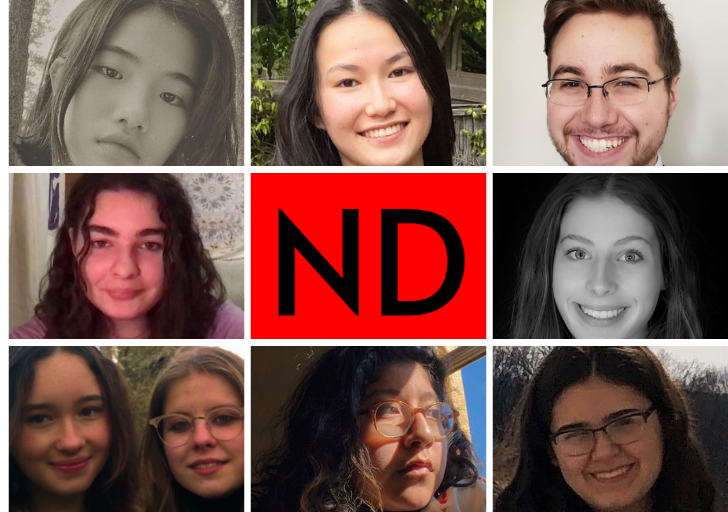 Christina MacCorkle of The Thacher School in the United States has won first prize in News Decoder’s latest Storytelling Contest with an article drawing parallels between protest movements in South Korea and the United States.

MacCorkle emerged on top of a very crowded field that, along with written reports, featured photo essays, poetry and video. Climate change, the Black Lives Matter movement and international relations were dominant themes.

Perhaps students were looking past the coronavirus pandemic, but not a single winning submission focused on COVID-19.

Students from Thacher, which is in Ojai, California, won three of the eight prizes, and two students from Westover School in Connecticut won awards for photo essays — always a strong medium from that U.S. school.

“I was blown away by the creativity and passion in many of the entries,” said Sarah Edmonds, a News Decoder correspondent and one of the three judges who selected the winners.

This was the ninth Storytelling Contest, held twice a year and supported by an anonymous donor in honor of the late Arch Roberts Jr. None of the previous competitions had ended with so many entries vying for top spot.

There were three runner-up entries:

There were four third-prize winners:

The winners split a total of $850 in prize money, offered by the anonymous donor.

‘The only kind of writing is rewriting.’

Juror Janet Hartwell, who is a member of News Decoder’s governing board and a former head of school, said she was impressed by the range of topics and how globally-minded the authors were.

“They bring a passion and in many cases a deep commitment to changing the old order of the way things have been done,” Hartwell said. “The lesson I draw from reading these stories is hope. I am more optimistic about the future, about our world, and about the stewardship of our planet than I was before reading these young writers.”

“Hemingway once famously said, ‘The only kind of writing is rewriting,'” said Carlson-Sirvent.

“To those who did not win, dismay not. Instead, if you internalize this lesson, that the best writing emerges from the collaborative processes of editing and dialogue, you will already be a much writer than you were before the contest.”