Burmese in U.S. fight for democracy in Myanmar

They are 8,000 miles from Myanmar, but Burmese in the U.S. are raising money in a fight for the restoration of democracy in the Asian nation. 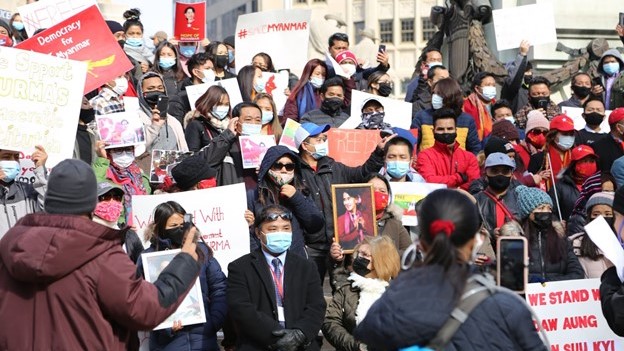 A recent protest against the military coup in Myanmar, in Indianapolis, Indiana (courtesy of Elaisa Vahnie)

“Chindianapolis.” “Little Burma.” These are the names affectionately given to the state of Indiana’s capital city by its Burmese population.

In a state where more than eight in 10 people are white, you can find forms from the state’s Department of Revenue in Burmese, along with English, Spanish and French.

Of the 200,000 Burmese living in the United States, nearly 35,000 call Indiana home, according to Elaisa Vahnie, executive director of the Burmese American Community Institute.

Burmese grocery stores, restaurants, even churches dot the south side of the capital, Indianapolis.

Unlike Myanmar’s predominantly Buddhist population, the Burmese refugees who settled in Indiana are mainly Christians from the state of Chin. Most fled their home country in the early 1990s and 2000s due to ethnic, religious or political persecution from the Buddhist majority.

Myanmar coup is deeply personal for Burmese in the U.S.

Vahnie’s uncle, John Mang Tling, was one such immigrant. He held senior government positions such as cabinet secretary to the president of Burma in 1956 before eventually fleeing Burma after participating in a failed coup in 1969. After spending some time in Thailand, Tling ultimately came to Indiana in the early 1990s.

Many more Burmese immigrated after the 1988 revolution in Burma, when the military took control of the government.

On February 1st following recent elections, Myanmar’s military again seized power and arrested Nobel laureate Aung San Suu Kyi along with members of her National League for Democracy (NLD) party. More than 500 Burmese citizens have been killed since the coup, according to international media.

What has been happening in Myanmar since the February 1 coup is deeply personal for the Burmese community in the United States, Vahnie said.

“It’s terrible. It is emotionally impactful across all families and individuals for all Burmese Hoosiers,” he said, using the demonym for a resident of Indiana.

The Myanmar Embassy in the U.S. capital did not respond to requests for comment.

Immigrants’ goal is to restore democracy in Myanmar.

Some 8,000 miles away from Myanmar, Indiana’s Burmese community is finding ways to protest against the coup through local religious institutions and nonprofits.

A Burmese church in Indiana has raised nearly $70,000 supporting protesters in Myanmar. Nearly 200 Burmese women gathered recently for fasting and prayer in Indianapolis, raising nearly $30,000 in one day.

Vahnie has worked with Burmese nonprofits to raise awareness of the abuses in Myanmar, gather funds for victims and protestors, and work with leaders in the United States and Myanmar to bring an end to the military junta.

Since February 1st, Vahnie has organized six protests in Indiana and given several speeches at colleges and churches around the state. He helped form Free Myanmar Campaign USA, which supports efforts to restore democracy in Myanmar.

“The goal of this campaign is to end the military coup in Burma and restore democratic processes in the country,” Vahnie said. “We have to work 16 hours per day, 7 days a week, coordinating all of this locally as well as fundraising and working with actors in Washington D.C. and inside Myanmar.”

Indiana Senator Todd Young, a Republican, is representing the Burmese community’s interests in Washington. Along with Democratic Senator Ben Cardin of Maryland, Young introduced a resolution in early February condemning the military coup in Burma. Vahnie has visited Washington for fundraising purposes.

Vahnie supports the Committee Representing Pyidaungsu Hluttaw, an underground organization in Myanmar composed of deposed lawmakers seeking to establish a new government to replace the military junta. “We need to be engaging with them, talking about our strategy together, planning,” Vahnie said. “It is a very challenging and difficult time.” 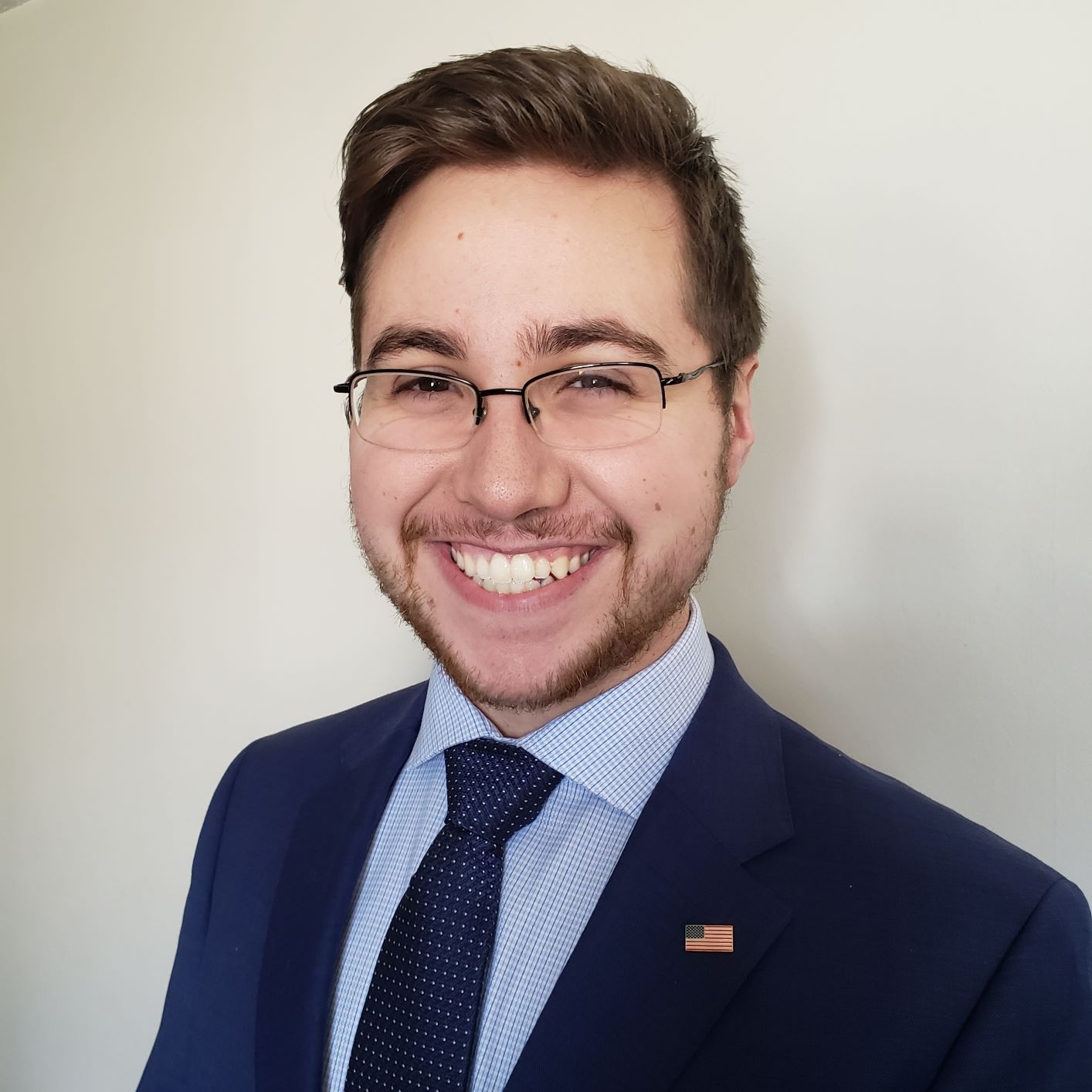 Evan Wright is a third-year undergraduate student at Indiana University, focusing on East Asian Languages and Cultures, and  on Intelligence Studies. The Undergraduate Assistant for the 21st Century Japan Politics and Society Initiative, he is an intern with the U.S. Department of State at  the Embassy in Tokyo and conducts research on Japanese foreign policy. Wright is a Student Ambassador at Indiana University’s News Decoder chapter.