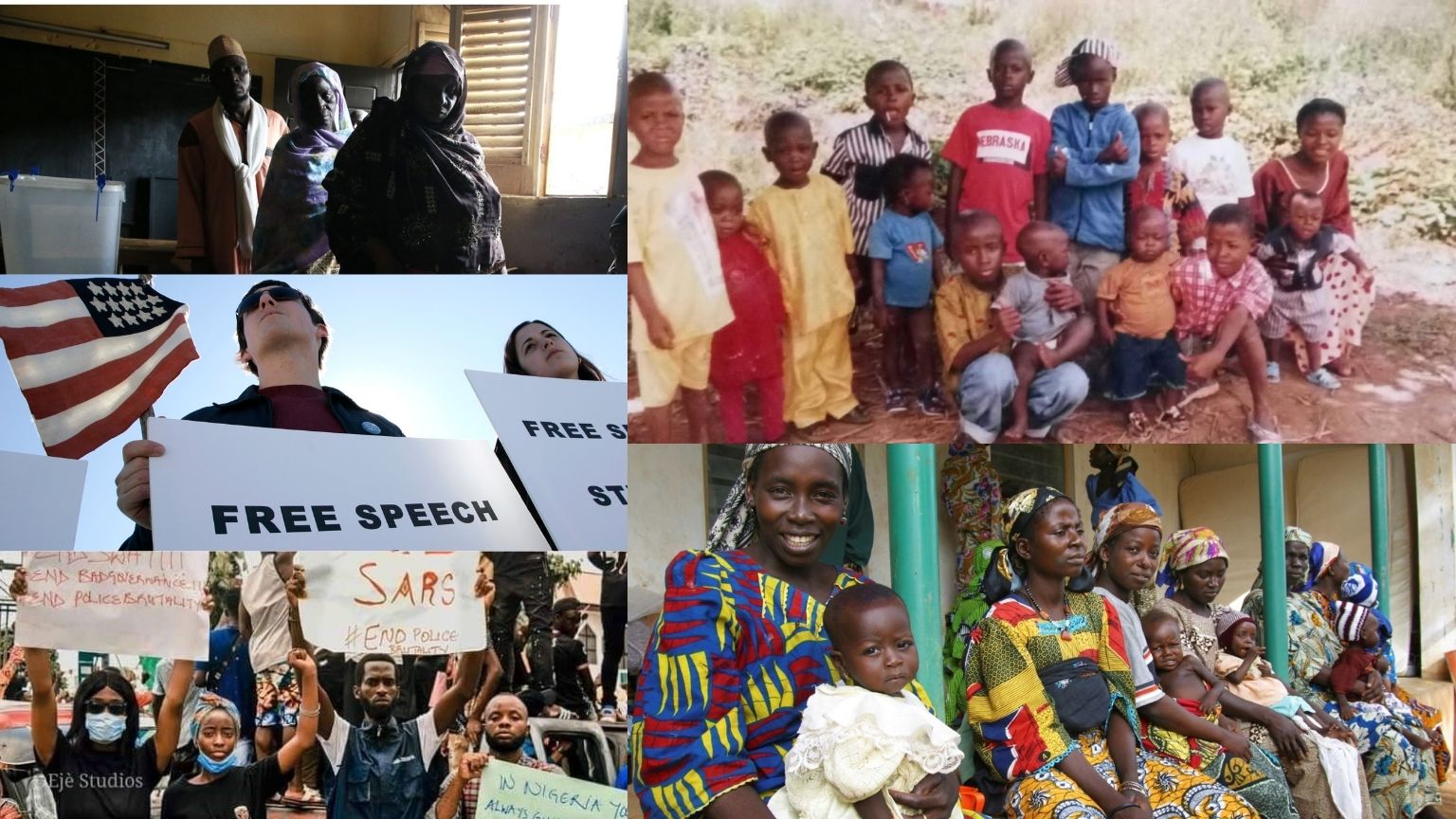 Winning stories looked at West Africa and freedom of speech in the United States.

Three students from the African Leadership Academy (ALA), one from the Hewitt School and another from La Jolla Country Day School (LJCDS) have won prizes in News Decoder’s latest Storytelling Contest, which was dominated by stories about West Africa written by Africans.

A three-person jury voted to award first prize to Varlee Fofana, a Liberian national at ALA who wrote about growing up in a refugee camp in Guinea. “A dignified voice,” juror Helen Womack commented.

Gia Gambino, in her final year at Hewitt School in New York, examined how Nigeria can improve its healthcare system by adding strategic questions to its census.

Another story about Nigera, by Joy Chinaza of ALA, recounted the author’s experiences participating in protests against police brutality in the West African nation. “A powerful, first-person perspective on a topical issue,” juror Savannah Jenkins said of Chinaza’s story, which won one of three runners-up awards.

The two other runners-up are Adaye Sosthene Yvan N’guettia of ALA and Lucy Jaffee, a News Decoder Student Ambassador at LJCDS in California. N’guettia interviewed youth activists in Côte d’Ivoire working for peace in the West African nation, and Jaffee examined a landmark free-speech case in the United States.

School in Africa cops three of the top prizes.

The winners of the 8th Storytelling Contest, named in honor of the late Arch Roberts Jr, split $850 in prizes, offered by an anonymous donor.

The twice-yearly competition is open to students at News Decoder’s 19 partner schools in 14 countries and showcases original work that explores issues of global relevance with tolerance and empathy — guiding values at the five-year-old educational news service. You can read stories by previous contest-winners here.

This was the first time three students from a single school, in this case ALA, have won prizes in the same contest.

“By reading the stories, I not only learned what students are thinking about, I learned about issues and challenges in the world that I wasn’t aware of,” juror Tim Agnew said. “That is the mark of great journalism.”

Storytelling Contest is a learning experience — and a platform.

Before the contest, Fofana thought no one would be interested in his story about fleeing Liberia’s civil war to a refugee camp in neighboring Guinea, where he “often went to sleep on an empty stomach” but where he learned to be self-sufficient and resilient.

“Your stories don’t have to inspire everybody at once,” Fofana said after learning he had won first prize. “Every story has some kind of relevance good enough to satisfy the thirsts of inspirations for a set of audience. This has even given me the confidence to share everything I have found irrelevant before.”

The contest taught Gambino how fulfilling reporting can be — and also raised her awareness of the challenges reporters face each day. “It gave me new appreciation for the people who report on the news we consume every day,” she said.

Why is it important to listen to young people?

“When youths are made to identify issues and express their thoughts, they are compelled to contribute to positive change through finding solutions to the relevant issues identified,” said Chinaza, who called the contest challenging but enjoyable.

N’guettia said: “The world will belong to us in a few years. It is up to us to not repeat the mistakes of our predecessors but otherwise build a better world for the next generation. We can only do this by making our voices heard.”