The Taliban have barred girls from schools in Afghanistan. So some of them gather secretly in homes in Kabul, drawn together by a former teacher. 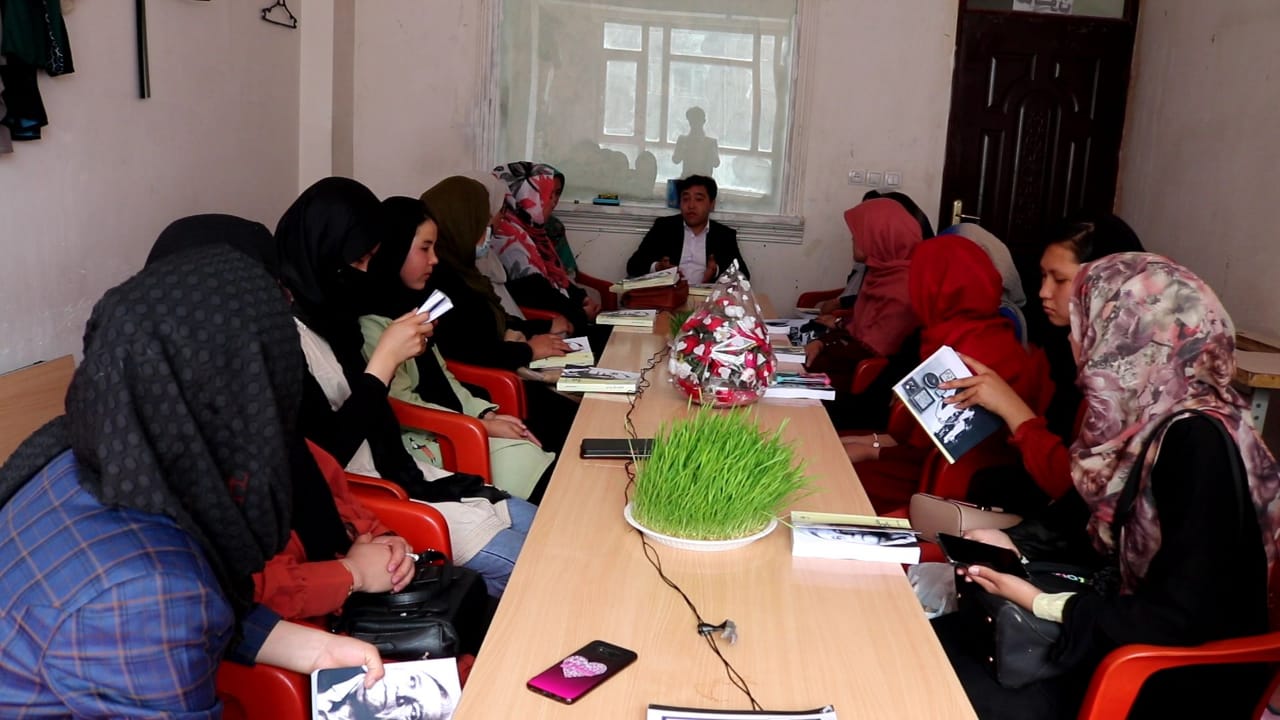 Hassan Adib leads a discussion of “Memories of a translator” by Mohhamad Qazi in Kabul, April 2022. (Photo by Oktay Khan)

The past year has been a time of unimaginable loss and heartbreak for 17-year-old Razia Hussaini.

Last May, Razia lost 20 friends and was severely injured when Islamic State militants attacked Sayed-Ul-Shohada high school in western Kabul, where she was a grade 11 student. The attack killed more than 100 people, most of them schoolgirls but also a female teacher, and wounded almost 160 others.

Three months later, Razia’s hopes of becoming a lawyer were dashed as the Taliban swept to power in Afghanistan and decreed that girls her age could no longer attend school. Razia now spends her days studying at home, doing bead embroidery and helping her mother with housework.

Although Razia’s dreams have suffered a setback, an initiative by Hassan Adib, a 29-year-old student of Persian literature, has brought a glimmer of purpose to her life and to about 30 other teenage girls who live in the same neighbourhood.

Since last October, Adib has gathered the girls together to help improve their reading and writing skills. They meet clandestinely twice a month in private homes, often switching venues to avoid detection and retribution by officials from the Taliban-controlled Education Ministry.

“I try to help the girls tell their own stories so they can overcome the challenges they are suffering from,” said Adib, who used to be a high school teacher and now writes for local newspapers. He volunteers his time with the reading circle.

“I was at Tehran University when the attack happened. I felt like I should do something for these girls and started the reading group initiative as soon as I came back to Kabul. It has been very popular.”

‘Joining this reading circle helped me to slowly get back to normal life .’

For a man to organize such a project for girls is a risky and challenging undertaking in Taliban-ruled Afghanistan. The support of families and local communities is essential, Adib says. “The parents were very welcoming. Some mothers took their wounded daughters, who couldn’t walk by themselves, to the first sessions.”

For Razia, the lessons are making a big difference. “After the attack, I lost all my hopes about studies and life,” she said. “Joining this reading circle helped me to slowly get back to normal life and restart studying and dreaming.”

Besides reading, Adib encourages the girls to tell the story of how they have overcome their injuries. He believes that these stories, which a local newspaper has promised to publish, can lift the spirits of thousands of other girls across Afghanistan, who are trapped in their houses and deprived of basic human rights.

Each reading circle runs for about three hours and focuses mainly on novels and autobiographies written or translated into Dari, one of Afghanistan’s two official languages, which is essentially the same as Farsi, spoken in Iran. The girls are given the books one or two weeks before the session when they are discussed. Each participant is given an opportunity to discuss her book and share what she has learned. Afterwards, the girls send their written reflections to Adib and another volunteer for comments.

Adib believes that the books inspire the girls to talk about last year’s ordeal. He cites Living to Tell the Tale by Colombian novelist Gabriel García Márquez, one of the group’s recent selections, in which Márquez candidly describes his troubled childhood and adolescence.

“Some girls fainted in the early days when we talked about what they had seen in the school attack,” he said. “They have now moved on and are quite confident to discuss not only what they have gone through, but also what the whole of Afghan society is going through.”

Women in Afghanistan are banned from almost all social activities.

The girls have come to view their fortnightly get-togethers as an important part of their social life, despite not having a permanent venue and not being able to afford the books they read.

Since the Taliban takeover, Afghan women are banned from almost all social activities. They are not allowed to work or travel by themselves. Only girls under 6th grade can attend school.

The participants in Adib’s reading group are taking a considerable risk that they will be arrested or harassed by the Taliban if they are found out. The fact that they have a male mentor could draw unwelcome attention.

“I am afraid the Taliban will detain us because there is a man among us,” said  Zainab Sadaqat, 17, who was in 10th grade at Sayed-Ul-Shohada before she was forced to leave school. “We shouldn’t lose hope because the situation will eventually change in our favour.”

Participants in Adib’s reading classes are all the more vulnerable because they are all Hazaras, an ethnic-religious minority that has long been a favourite target of militant groups, including the Islamic State, the Taliban and the Haqani Network.

During one reading circle session in early April, ISIS attacked a Hazara neighborhood in Herat province, west of Kabul, killing dozens of people. The Taliban killed a Hazara woman in the northern city of Mazar-e-Sharif at about the same time because her clothes did not conform to the Taliban dress code.

Given the cost of books, Adib is worried that he will not be able to keep the reading circle going for much longer. “Individuals, mostly my friends, have provided us with books so far, but we can’t rely on them,” he said. “There have been a few times that we couldn’t hold the sessions just because we couldn’t provide the books.”

Still, Freshta Aliyar, an 18-year-old member of the reading circle, said that she and her friends are determined to continue the sessions. “The group has helped me to follow my dreams again and I won’t give up,” she said. “I want the Taliban to know that they can’t stop Afghan girls from learning.” 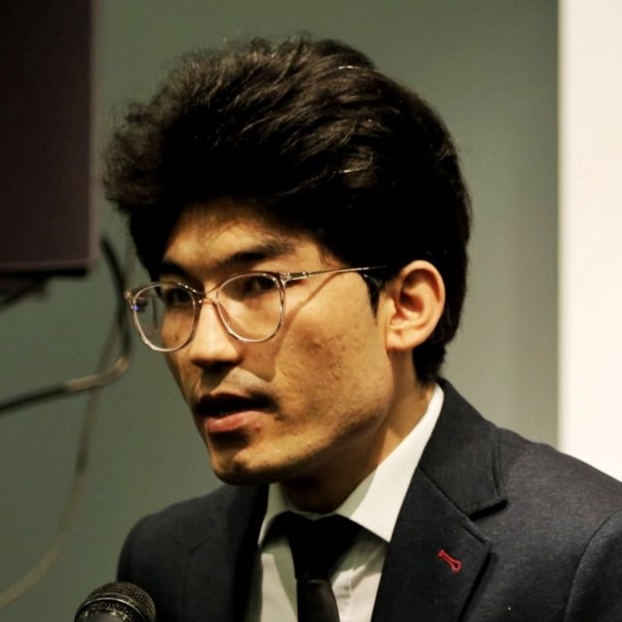 Jalal Nazari was born in Ghazni province, Afghanistan. He has a bachelor’s degree in English Language and Literature from Balkh University. He is a translator/interpreter and has worked as a reporter in the Kabul bureau of the Wall Street Journal. A prize-winning author of Persian poetry, he has participated in the Sydney Festival as a poet and visual artist/calligrapher. He fled Afghanistan after it fell to the Taliban in August 2021, and immigrated to Canada, where he is a Global Journalism Fellow at the University of Toronto Dalla Lana School of Public Health.