It was the best of times and the worst of times. The 1960s stirred so many hopes — utopia was within reach! — only to see many crushed. The lessons? 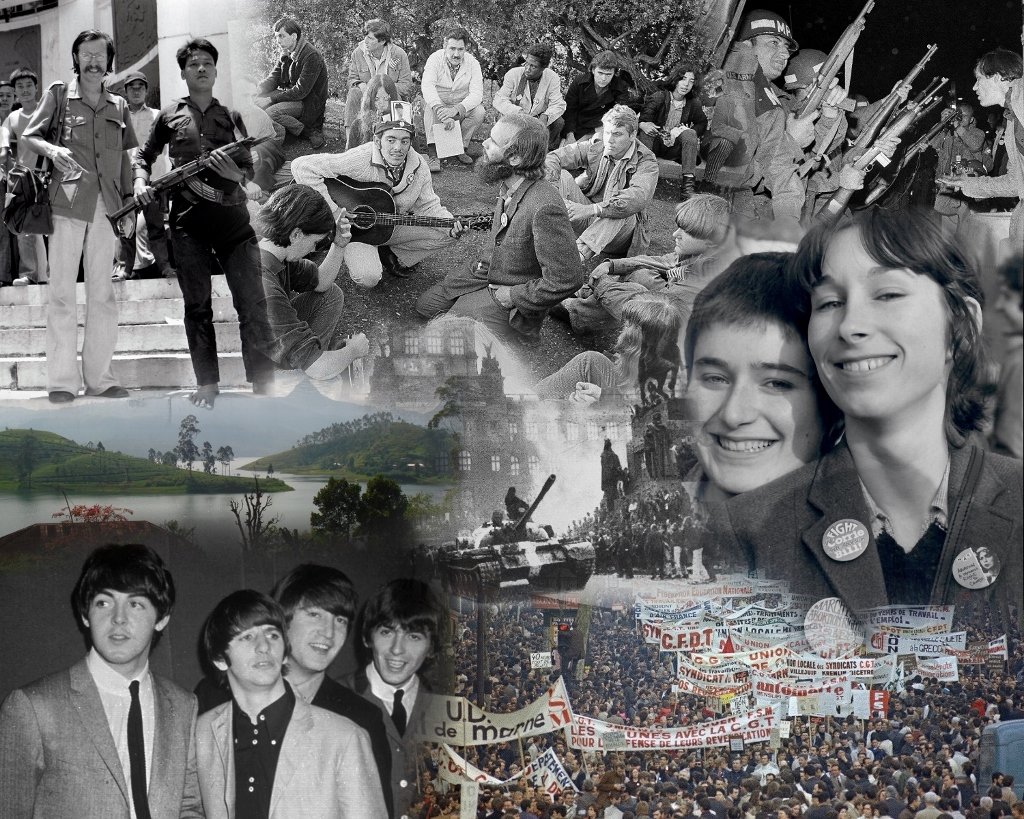 (Photos courtesy of the AP and Wikimedia Commons)

This post script ends our series of articles by News-Decoder correspondents and guest writers on the 1960s. We hope you enjoyed the trip back in time.

“Sous les pavés, la plage!” (“Under the cobblestones, the beach!”)

This slogan of the May 1968 protests in France captured the utopian vision of a generation that came of age in a decade that raised, then dashed so many hopes.

Students and workers who pried cobblestones from the streets of Paris, to throw at riot police during weeks of protest, discovered beneath the hefty mass a layer of sand. And so their battle cry, scrawled on city walls, combined heady insurrection with a paradise they hoped to usher in.

Our series of 12 articles from writers who lived through the 1960s highlights the ecstasy and agony of that fateful era, when youths born after World War Two raised their voices and fists around the world.

It was the best of times — a global explosion of new music, art, literature, political discourse that challenged the status quo and got under the skin of many elders. There were stunning advances in civil and women’s rights. Whole countries freed themselves from the yoke of colonialism. Man walked on the moon.

It was also the worst of times — a quagmire of a war in Vietnam, assassinations, crackdowns on dissidents seeking political reform, political backlash that suffocated nascent movements for change.

Two steps forward, one step back

To our young readers, the 1960s must seem light years away. But those of us who lived through the decade remember it like yesterday — as our young readers some day will recall their own halcyon days.

Many of the lessons we learned a half century ago are relevant, despite so many changes, to those who soon will assume leadership in government, business and academia.

In their recollections of evenings spent with the Beatles and the Rolling Stones, Roger Crabb and Barry May remind us of how much creative energy can reside in youth with an ear to alternative forms of expression — and how a globalized economy, in this case the music industry, can provide a platform for global stardom.

The longevity of the Rolling Stones and the persistent popularity of the Beatles prove just how radical a break they represented. Musical innovation permeated the entire decade.

So, too, Vietnam. First-person accounts from Bernard Edinger, Robert Hart, Colin McIntyre and John Talbott capture the futility of America’s strategy — if we can call it that — in that Cold War battleground.

Edinger, who watched as North Vietnamese soldiers overran the capital of South Vietnam after an ignominious U.S. retreat, echoes a generation’s cry: “What was the sense of the war and the deaths that accompanied it?”

No doubt the lesson for youth today is that anti-war protests in the United States prevented the country’s military from prosecuting the war to the end — even if Richard Nixon won election in 1968, defeating an anti-war opponent, just as Charles de Gaulle won a resounding re-election in France weeks after the May 1968 protests — as pointed out by Edward Mortimer.

Often in politics, it’s two steps forward, one step back.

A decade of bittersweet lessons

Remembering the tanks that rolled into Prague in August 1968 and crushed a budding dissident movement, Bernd Debusmann reminds us that reactionary forces often lie in wait, ready to pounce. Czechoslovakia lived under authoritarian rule for decades after that, only to find freedom when the Iron Curtain came down.

Sue Landau reminds us that women made huge strides in the 1960s and 1970s, but that the Women’s Liberation movement hardly put an end to sexual harassment or inequality. Look no farther than the #MeToo movement for proof of that.

Feizal Samath‘s musings on growing up carefree on Ceylon — now Sri Lanka — in the 1960s strike a different, more mellow note than the other articles in our series. Perhaps Samath had the sheer luck to grow up during a peaceful interregnum between colonial days in South Asia and the outbreak of religious and ethnic violence that later tore his island nation apart — and which he witnessed.

Let’s not forget sport — which, like music, so often is a mirror held up to society. John Mehaffey reflects on how athletes embodied the contradictions of the decade. Cassius Clay, who became Muhammad Ali, was to many a hero for defying the military draft and to others a villain. He never shied from poking a finger in the eye of authority — audacity that many applauded while others frowned.

So what does all this mean? It was a unique decade — colonies were freed, the Cold War standoff had ripple effects around the world, technology and increased wealth brought far-flung societies closer together.

Yet despite their distinctiveness, the 1960s offer bittersweet lessons — that change comes slowly but surely if you’re persistent, that reactionary forces are always lurking and not to be underestimated, that youth carry the seeds of tremendous creativity and energy but also potential acquiescence.

Bottom line: Sow your oats, be true to your values, be humble and ambitious at the same time. You, the young, will one day look back on your 1960s. I can only hope that your generation, over time, does better than ours. 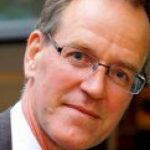