As a journalist, I had to take a tough decision

Ethnic Albanians fleeing fighting presented a dilemma. It was distressing to hear their cries for help. But as a journalist, I was there to bear witness. 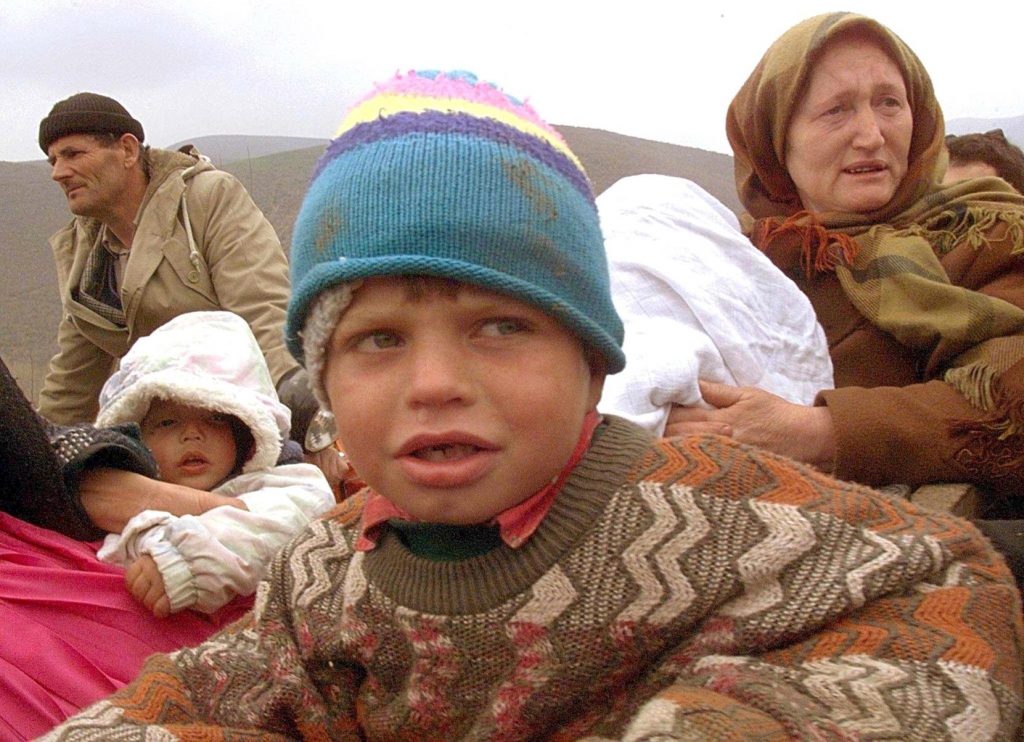 As I hiked through a muddy forest in Kosovo nearly 21 years ago, I was thinking about how to get through military checkpoints to find the women and children who were hiding after fleeing fighting in their village.

A journalist, I was thinking about learning and telling their story, and how I would get back to Pristina to file before my deadline.

I had not expected to find desperate individuals who would approach me sobbing and begging me for help. And I could not help – at least not in the way they wanted.

I was in Kosovo for Reuters news service covering the fighting between the Serbian military and police on the one hand, and ethnic Albanians on the other. NATO would get involved just a few weeks later, launching an air campaign against the Yugoslav government of Slobodan Milosevic that would eventually force Yugoslav forces from Kosovo.

They begged us for help.

Back in March 1999, a Reuters team had heard about a village – one of many, it turned out – in Kosovo not far from the Macedonian border that had been ambushed by the Serbian military. While the men in the village fought back, the women, children and older men fled into nearby woods.

I went to find them and to learn their story.

To get there, we had to go through checkpoints run by the Serbian military and then others run by the Kosovo Liberation Army. Eventually, there was no road, and we had to get out and hike through the woods.

We finally found the spot where several hundred villagers had camped out on the side of a hill, trying to figure out their next move.

They had very basic supplies — plastic sheets and what little they had managed to bring with them as they fled fighting.

Once they saw us, they quickly surrounded us and begged for help, pleading with us to find a way to get them escorted to safety. Or in the very least, to take the pregnant women with us when we left.

But we couldn’t. I explained that the best way I could help would be to write about their situation and to let international monitors and organizations know that they were there. The organizations were equipped to handle the situation and would know how to help.

That wasn’t what they wanted to hear. They wanted us to at least take the pregnant women out.

We were there to bear witness.

But there was no way we would be able to retain our international journalism credentials and get through the checkpoints if we had them with us. As a journalist, I was trained to observe carefully, to bear witness accurately without becoming part of the story. I was there to document for the world what was happening, remain neutral and capture the complexity of a fast-moving story.

So, we listened to their descriptions of what happened in their village, took photos and left. It was heartbreaking to hear them cry and beg.

As we hiked out, I considered how I would write my story and listed in my head the experts I would call for reaction and to inform them of the villagers’ location. We got back into our vehicle and drove away, passing through a series of checkpoints.

And then I saw a truck filled with international monitors heading in the direction we came from. Hopefully, to help the villagers in a way I could not.

I returned to my hotel and called representatives from non-governmental organizations based in Pristina to tell them what we had discovered. We filed the article and photos and moved on to the next story.

Later, I found out that the villagers had been taken to safety.

Deborah Charles was a Reuters correspondent for 24 years. She worked on four continents on issues ranging from the White House to Myanmar’s Aung San Suu Kyi and was the White House correspondent during the Bill Clinton and George W. Bush presidencies. She covered four U.S. presidential campaigns and six Olympics, and worked in bureaus in Madrid, Bangkok, Montreal, Toronto, New York and Buenos Aires. She currently is News Editor at Devex, a media platform for the global development community.