We studied together ahead of exams. What I learned about friendship and adversity at study camp in West Africa will serve me for life. 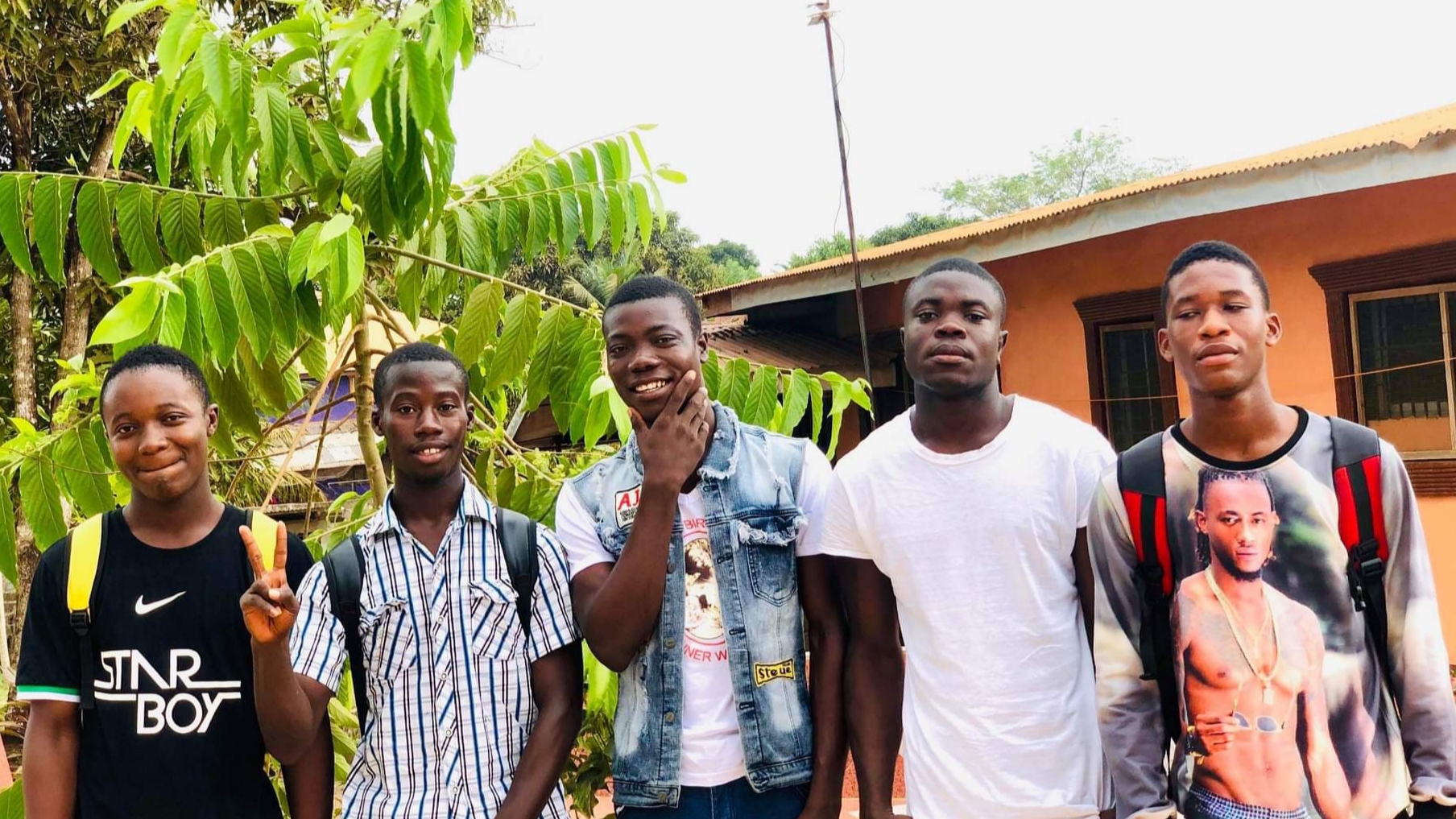 I joined the serpentine queue of students waiting to enter the compound of the Salvation Army William Booth High School in Paynesville, Liberia.

It was a sunny Monday morning. Both boys and girls were neatly dressed in white shirts, dark gray pants and skirts over black shoes. Hair well braided and trimmed. They looked excited and friendly as they chatted.

As I walked past the main gate, I caught sight of a signboard that read, “Welcome to William Booth”. I felt like I belonged already. But I was nervous about what lay ahead as I observed the beautiful auditorium, the gigantic basketball court, then trees and parks with students in every corner of the compound.

My first encounter was with Emmet Dennis, a fellow student who was standing in front of my class door in the corridor. He eagerly approached me at first glance.

“Hi, you must be a new student,” he said, extending his hand, “My name is Emmet Dennis.”

His handshake was welcoming. He spoke to me with respect, with a wide smile on his face as we interacted. I felt as though we had known each other previously. But this was just the beginning of a long-term relationship that we would develop over time.

The late-night conversations fueled our desire to study.

When the recess bell rang, Emmet’s face was the first thing I saw at my classroom door as he waited to take me around.

He showed me the Elementary Cafeteria, which soon became one of our favorite places, where we would buy cheap but plentiful food. We ate cassava sauce most often. He introduced me to his good friends to broaden my engagement as I started to join in on campus life. That way, I met Anthony Flomo, a senior student at the time who would later become a close friend. Then a year later, I met Prince Bellyema, Grace Pratt, Teddy Jallah, Ciatta Sirleaf, and I hooked up with my childhood friend Arthur Akiri. All of them eventually formed my inner circle of friends.

I enjoyed the moments we spent together — the thought-provoking conversations, the competition for higher grades in class and especially the study grouping. We studied together every time exams approached. But the last study camp together was special. We organized a three-month session in preparation for the West African Senior School Certificate Examination (WASSCE), a standardized test in West Africa that every student must pass before graduating from secondary school.

Anthony Flomo was our host and peer coach. His residence was everything we needed for the camp. There were wells for easy access to water, a little quad for personal night reflections and a palava hall for studying. We assembled at the palava hall each night for about three hours of prepping. While we studied, we shared jokes, played music, danced and cooked food. The late-night conversations over plates of rice under a bright moonlight fueled our desire to study for hours.

But I remember how we shivered during the rainy season as the cold wind blew through the opening of the palava hall.

“The cold is too much. Can we go inside?” Prince asked in a trembling voice.

“No, otherwise a bucket of water awaits you,” Anthony warned.

Then Emmet appealed, “What about we get some clothes to cover up?”

Even with socks on our feet, beanies on our heads and blankets wrapped on our bodies, we still shivered. At times we dozed off, but we could not sleep soundly because we felt unprepared for the fast-approaching WASSCE exams. And we feared our friends might pinch our skin or pour water on us if we slept during study hours.

Waking up early to cook before fasting taught me responsibility.

I remember the night Arthur dozed off and fell from the balusters where he had lain down, hoping to avoid being roughly awakened, pinched or doused with water if he slept in his room. How could I forget the night Anthony dripped water in my ear to wake me and tell me that it was time to study? I rose with a frown on my face.

“Why couldn’t you just wake me up with your hand?” I protested.

But Anthony could care less. “This is a study ground,” he said unremorsefully. “Go home if you want to sleep!”

His response hurt me, but I realized he had already completed his high school studies. Everything he did was for our own good, with little or nothing there to benefit him.

Perhaps most inconvenient of all, I had to cook my suhoor — the early morning meal before fast — by myself throughout the month of Ramadan. Waking up every morning at 4 am to make a fire to cook was tiring and deprived me of sleep. If I did not wake up to cook, it meant I would have to do a dry fast — a fast without a suhoor. Until I had this experience, I did not know my mother had endured many inconveniences every year to make our suhoor.

We were best of friends — yet had disagreements.

Those moments at the camp were difficult, but I believe they nurtured personal growth and created bonds between us. However, little did we know that life would take us in different directions after just four months. I wished we had known better, but I suppose this is one of the sad realities of the future. It knows what happens tomorrow but never reveals. Pity!

I gained a lot from these friendships. Respect and humility are important first impressions in any relationship, as I learned from Emmet. I made many acquaintances on my first day in school, but Emmet’s exemplary character sealed the bond between us. He inspired me to be humble and communicate respectfully with people around me.

My determination to cook my suhoor by myself, without relying on my parents, nurtured my sense of responsibility. If I had not spent Ramadan alone, I would not have realized the potential I have to care for myself away from my family.

Finally, the camp taught me that friendship is not just about having fun and laughing; it is also about being able to bear the aches, differences and inconveniences that come with it. We were best friends, yet at times we had disagreements that almost resulted in fights.

I learned to accept people as they are.

One night while we were studying, for instance, Arthur got mad at me for provoking him when he stuttered in response to a question Anthony had asked.

“Who do you think you are?” he yelled at me.

I had not meant to mock his intellect, but the way he had answered the question just came out funny.

“Calm down. It was not personal,” I said.

But he would not listen. “You feel you know everything but you don’t!” he snarled, pointing his index finger at my face, almost as if he would hit me.

Then Anthony stepped in between us. In a matter of minutes, I saw Arthur grinning from ear to ear. Laughing, we shook hands and hugged each other.

Yes, we had our differences. But our determination to compromise has helped make me a more tolerant person who can live and accept people as they are. 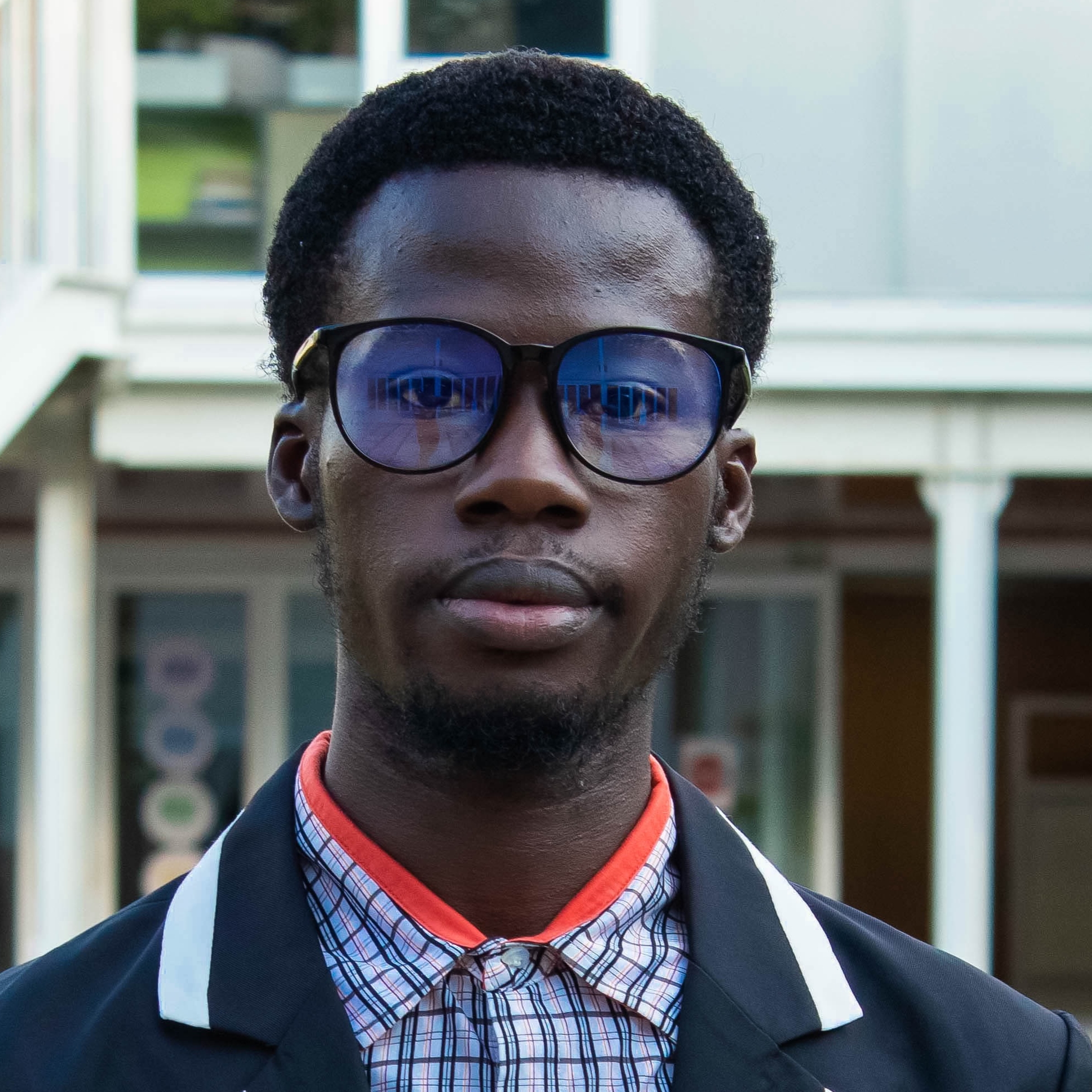 Varlee S. Fofana is a Liberian national studying at the African Leadership Academy in South Africa. He won first prize in News Decoder’s 8th Storytelling Contest with an article about living in Kouankan, Guinea, as a refugee during the Liberian Civil War (1989-97). He was the youngest judge in the Global Youth & News Media 2021 Prize and a contributor to its World Teenage Reporting Project Tolerance Profile Challenge.