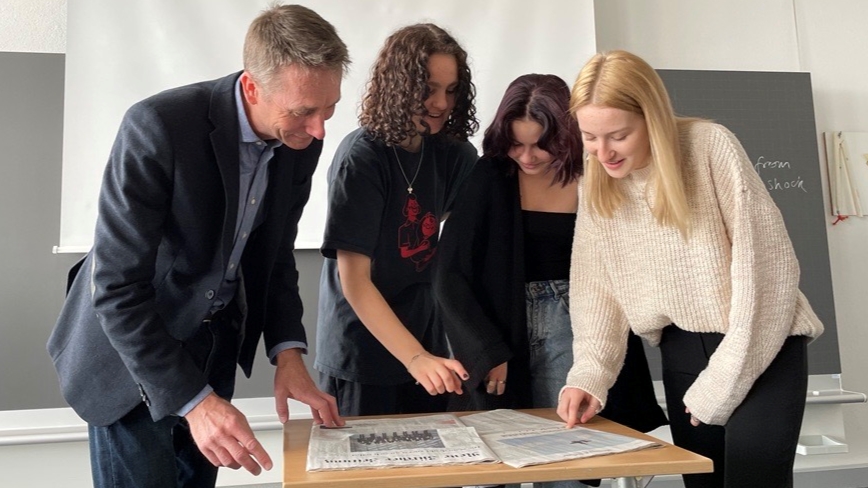 “Our students are learning how rigorous journalists need to be about using and citing reliable sources, that often ‘less is more’ — and not least, the value of constructive criticism.”

That’s how Martin Hulton Bott, an English teacher at Realgymnasium Rämibühl (RGZH) in Zurich, describes what his students are learning through their work with News Decoder.

Three stories written for Media Week by Bott’s students have been published by News Decoder — about pet trade during COVID-19, self-harm among youth and growing up in Georgia during the Soviet Union.

Another RGZH student has produced a video report on how Switzerland has tackled its drug problem.

RGZH students in an English class taught by Michael Maupin are using News Decoder’s Pitch/Report/Draft/Revise process to examine issues as varied as Switzerland’s decision to abandon its longstanding neutrality following Russia’s invasion of Ukraine, racial profiling in the Alpine country and what rotten underwear tells us about biodiversity.

For its creative and expansive engagement with News Decoder, RGZH wins this month’s Decoder in the Spotlight award.

Its students graduate with the Swiss “Matura,” which entitles them to study any subject at any Swiss university. Realgymnasium also offers the International Baccalaureat.

“News Decoder is helping our students see that there can be many different perspectives on the same events — and to become ‘critical consumers’ of media coverage of those events,” said Bott, who is from Scotland and has been teaching at RGZH since 2008.

Here’s how Maupin, who was born in the United States and has been teaching at RGZH for 18 years, put it: “Even though we are still early on in the process, my students’ growth as writers, researchers and thinkers is palpable enough as to be visible with the naked eye! Leaps and bounds.”

RGZH is one of 22 News Decoder academic partners in 17 countries. Founded seven years ago, News Decoder is a French nonprofit that partners with schools around the world to teach journalistic and media literacy skills that extend students’ global horizons. Its mission is to help students develop internationally-recognized global citizenship competencies.