My grandmother recalls living behind the Iron Curtain

My grandmother has spent her entire life in Georgia. The Soviet Union was not all bad, she said, but Georgia’s dawning independence was beautiful. 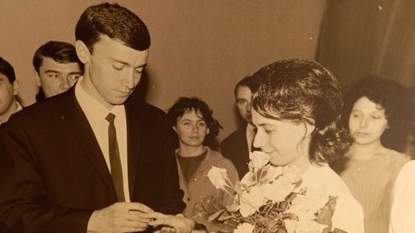 My grandfather and grandmother, Ellen Bagdasarian Davidova, getting married in 1967

“My name is Ellen Davidova, born Bagdasarian, and I was born in Tbilisi, the capital of the Georgian Soviet Socialist Republic.”

So started my interview with my grandmother, who was sitting in the dining room of an apartment that once was part of our family’s 18th-century estate in Georgia.

“I was born in December of 1945, shortly after the Second World War. I was named after the fir trees being sold on the street corner for Christmas,” she said, speaking in Russian — the language we share — and referring to the Russian word Ёлка.

I wanted to know what it was like to live behind the Iron Curtain. I was speaking by phone from Switzerland, but I could picture my maternal grandmother, with her grey hair, sitting in the remnants of the family home where she has lived her entire life.

No scarcity of food in Georgia during the Soviet Union, she said.

Ellen’s mother, Katherine (known to us in the family as Kitty), was the daughter of an aristocrat and general-lieutenant of the Russian army, who fought in the Imperial Wars of the 20th century.

Once the Communist regime in Moscow established control over the Caucasus after World War One, my family lost its grand estate, which was turned into dozens of apartments — one of them for our family.

“Even though the regime did its best to indoctrinate my generation, my family was determined to remain apolitical,” my grandmother said. “All I knew about the West was through books. I got to know each Western nation through their classical literature.”

She loved reading and visiting museums, and started swimming from a young age with a neighbour’s son, Vasja. “He remains my neighbour and friend to this day.”

When I asked my grandmother to recall her diet under the Soviet Union, she said that in her childhood, contrary to common belief in the West, there was never any scarcity of food except towards the end of the USSR.

“There were lines for some products, but this varied from year to year. However, standards were high.”

According to my grandmother, Kitty became very picky with processed meat after the Soviet Union collapsed because — she then quoted my great-grandmother  — “nothing compared to the taste” of food during the Soviet era.

‘Everything you have can be taken away from you at any moment.’

“The main principle of the family remained that everything you have can be taken away from you at any moment – except for your mind and what is inside it.”

She married one of her classmates in 1967 and gave birth to my mother while she was still a student. Once a mother, she ended her studies in polytechnics and started working in a scientific research institute.

“The most I earned was 220 roubles, considered a good salary since the cost of living was low,” she said, noting that gas for cooking cost 40 kopeks, or 0.4 rouble, per person and a kilowatt of electricity cost 4 kopeks.

Prices remained low and stable until the collapse of the Soviet Union, she said. Housework was performed together, as a family.

“I usually cleaned, my husband and my aunt ran errands and took charge of raising the children. My mother cooked. There were no modern appliances, so housework was only manageable if everyone helped along.”

‘It certainly was not all bad.’

By the 1980s, my grandmother realised that the crumbling economy marked the beginning of the end of the USSR.

“I don’t want to idealise the Soviet Union, but it certainly wasn’t all bad. Nevertheless, Georgia’s dawning independence was beautiful to behold. Throughout history, the rise and fall of empires has always meant great change for the people.”

She continued: “What do I want the world to know about the USSR? The Russian revolution destroyed the Russian empire with its economic systems and moral values. However, after 10 years this country came back to life.”

She noted the high literacy rate in the Soviet Union, social and sexual equality, the promotion of culture – there were countless museums and theatres. Education and healthcare were free. “I believe the USSR’s education system was superior to the one replacing it here and in the West.”

In the light of Russia’s invasion of Ukraine, I asked for her opinion about the war. She said she doesn’t know what side or whom to believe since she has access to both Russian and Western media. Yet she hopes Russia has good intentions.

“I wish no one to live through war. My parents lived through war, and war is hell. War is fear. War is terror.” 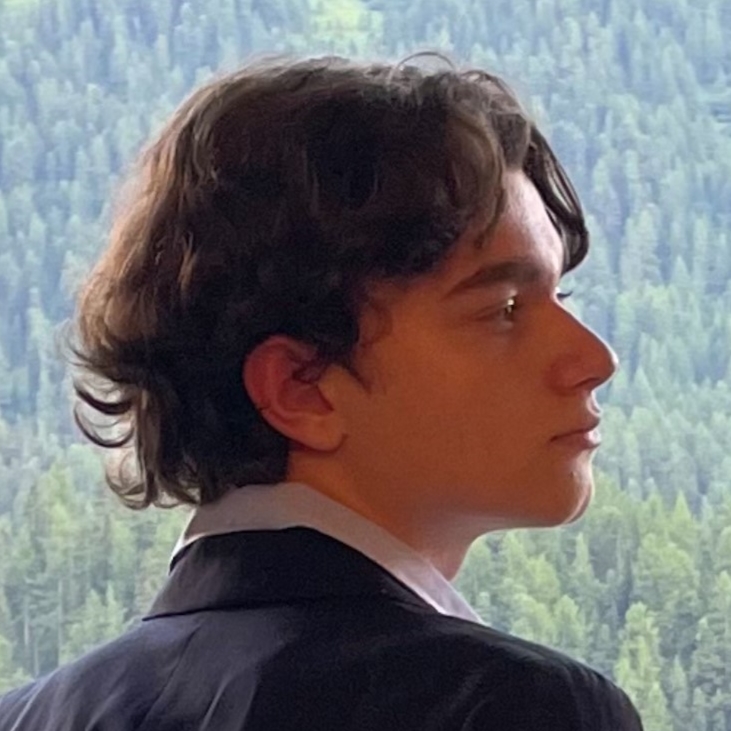 Theodor M. A. Davidoff is a Swiss national studing for his International Baccalaureat and Swiss Matura at Realgymnasium Rämibühl in Zurick. He speaks Russian, English, German and Swiss German. His favorite subjects are History, English and German. He enjoys theater, acting, sketching and reading.