Worries over student loan debt and healthcare costs are driving youth to call for change — and to back Bernie Sanders for the U.S. presidency. 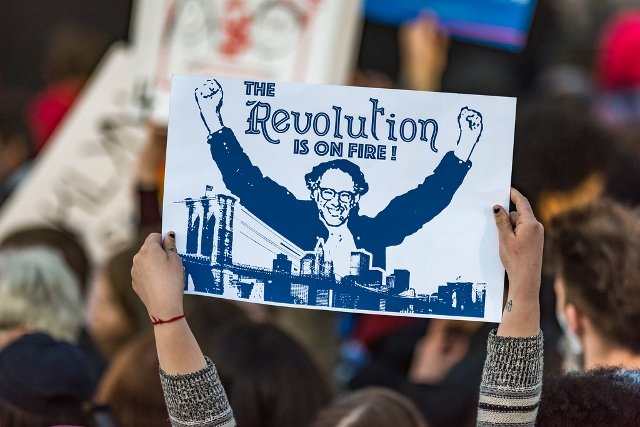 Millennials in America do not like the establishment. Nor do they like Wall Street. If they were the only ones to vote for the next president of the United States, it would be Bernie Sanders. The other presidential candidates might as well go home.

That’s what emerged from a poll we did for the launch of CentSai.com, a financial education platform targeting U.S. millennials. The survey of 2,287 people born between 1980 and 2000 showed just how concerned they are about student loans and health care.

This does not mean millennials are left-leaning or desperate. Two thirds of those polled expect their finances to improve during the next presidential term. Simply put, young adults want to have more control over their financial destiny.

“They are not sitting on their hands hoping the government will pass some glorious reform making the financial system safer. Instead, millennials are looking for the right people with whom to do business.”

Their determination has its roots. Many millennials were direct or indirect victims of Wall Street’s irrational behavior in 2008. Some saw their parents lose jobs or homes; many millennials were unable to find jobs after finishing college — in many cases, with tens of thousands of dollars of student debt.

The spend-spend-spend culture that typified the baby-boomers’ lifestyle is a thing of the past. Millennials talk about returns on their education, they want to save for a rainy day and they are striving to control their financial futures. While curious about the stock market, they do not want to put blind trust in a wealth manager.

Millennials loathe opacity and lack of ethics. This is not left-leaning thinking per se: a vote for Sanders is also a vote against being controlled by the establishment.

This brings me to a question I’ve been asked by many people in the past year: Why financial education? What can a start-up like CentSai do that the U.S. school system can’t?

CentSai brings the tricky and shy conversations about money and wealth out from behind closed doors, into a social setting.

Think of it this way: Managing one’s financial future is like sport. If you watch from the sidelines instead of doing it yourself, you only half-learn.

Lindsay VanSomeren is a millennial writer for CentSai. A headline on one of her recent blogs typifies the millennial spirit: “I was Terrified About Striking Out on my Own … But I’m Doing It”.

Lindsay is among many millennials who are determined not to drive the United States into an economic mess like the one we saw eight years ago. As a whole, they take pride in frugality and embrace social responsibility. Contrary to myth, theirs is not a self-entitled generation.

Only time will tell who becomes America’s next president. Regardless of the outcome, the millennial generation will learn to prosper.

Arindam Nag is co-founder of CentSai.com, a portal launched this week that aims to demystify money and finance for millennials. Nag is a former journalist, having worked for over two decades in India, Britain and the United States for Reuters, Dow Jones and the Wall Street Journal.