With indecisive COP26, climate crisis is at a turning point

The COP26 climate summit offered scant relief to developing nations. If political will for a grand bargain is lacking, can solutions emerge to save Earth? 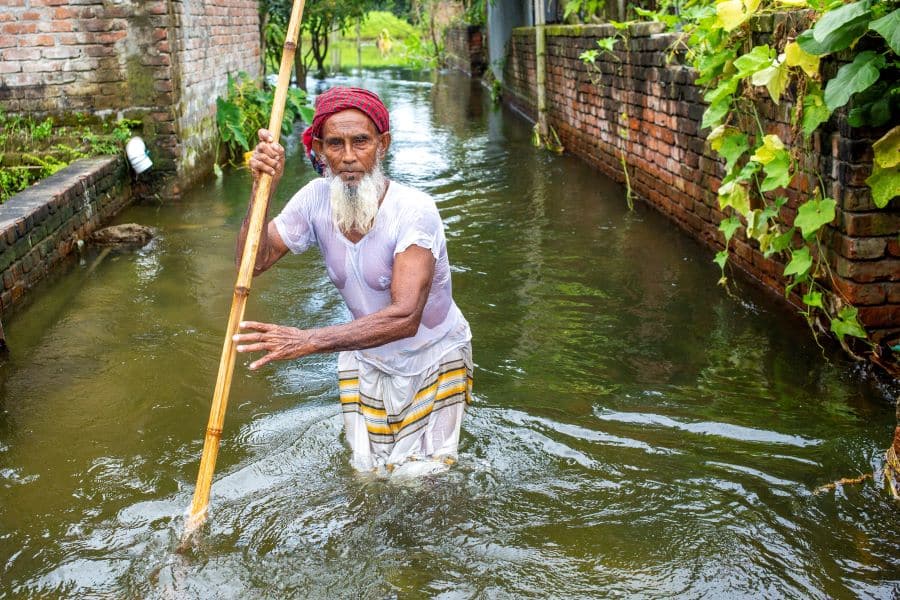 A man wades through a flooded area of Dhaka, Bangladesh, 10 August 2020. (EPA-EFE/MONIRUL ALAM)

Wildfires, floods and ever more frequent and intense storms have driven home the reality of climate change to millions of people in the rich world.

But for those in much of the developing world and island states confronting rising sea levels, it’s already a question of survival.

Bangladesh is right on the frontline of climate change. For Asif Saleh, there is no question that it is having a devastating effect on his and other vulnerable nations.

With two-thirds of the country less than five meters above sea level, Bangladesh’s floods are getting worse, and devastating cyclones regularly engulf coastal communities along the Bay of Bengal, destroying villages, ruining productive land and driving thousands into the slums of the big cities.

Saleh, who heads the BRAC international development organisation based in the capital Dhaka, came away from this month’s COP26 climate change conference in Glasgow disappointed that global leaders had failed to recognise the very real impact of warming on exposed communities.

“We are sitting on a building talking about fire drills, but in the lower floors the fire has already started,” he said in an interview. “So rather than rescuing people, we are still talking about what will happen if fire comes, and we are going through the drills.”

COP26 offered a mixed report card on the climate.

So, what would move the dial before the world gathers again in a year’s time for another round of talks at COP27 in Sharm el-Sheikh in Egypt?

Thousands of government leaders, officials, development experts and industry leaders from nearly 200 countries left Glasgow just about keeping alive the goal of limiting temperatures to no more than 1.5C above levels before the Industrial Revolution began in the middle of the 19th century.

There were some positives. Coalitions of willing nations signed up to deals to cut emissions of methane, one of the most potent greenhouse gases, to transition away from coal-powered power generation, to accelerate the move to zero emission vehicles and to halt and reverse forest loss by 2030.

The Glasgow Pact signed at the end of the conference sped up the pace of negotiations. But it did little to redress the rich world’s failure to fulfil a pledge to provide $100 billion a year by 2020 to help developing nations adapt to climate change or to agree to a new fund to deal with the loss and damage they already face.

“What was surprising for me was how little people were talking about what exactly is happening now,” Saleh said.

“Last year alone, we had three big disasters in Bangladesh beyond the epidemic and lockdown, which crippled the economy. This was followed by a super-cyclone. That was followed by the longest-lasting flood in the history of Bangladesh, and then throughout the year there are flash floods happening.”

‘There is no real political discussion.’

“Most political leaders don’t get the absolute nature of the problem they are dealing with, so they are inclined to accommodate the other things they have got to try to manage more than the physics will allow them to do,” Burke told News Decoder.

“There is no real political discussion about climate change, so what you have, even in the democracies, is governments offering voters, where there are voters, suites of policy prescriptions for dealing with the problem which they hope will be attractive or acceptable. That’s not a political discussion.”

Saleh is clear that developing nations need to step up their work over the next few months to make an overwhelming case for substantial new money from the rich world to help them cope with the damage and loss they are already suffering.

BRAC has been damaged this year by a controversial decision by Britain’s conservative government to break an election promise and cut international aid. As a result, BRAC lost 70% of its funding at a stroke. Programmes to lift 100,000 families out of the most desperate poverty had to be halved, and many schools closed.

Will a carbon pricing deal emerge?

Since the Paris climate conference in 2015, there has been an enormous upswell of anger, particularly from Gen Z activists, led by the likes of Sweden’s Greta Thunberg, who have condemned the talk of political leaders as nothing more than “blah, blah, blah.”

“What their activism is doing is giving expression to a very wide and deeply held public anxiety that has now been validated by the science,” Burke said. “So as a voice it is enormously important because, in a way that political processes don’t allow, it actually engages the citizenry as a voice in the debate.”

He is sceptical the COP process can ever get agreement on a global price for carbon, the amount that big polluters like fossil-fuelled power stations, steel works and cement-makers have to pay for every tonne of their emissions.

Rohitesh Dhawan, a London-based climate specialist who now represents big mining companies, sees the COP process regaining credibility only if it comes up with a new landmark deal, and that could be agreement on a global carbon price.

“My expectation is in the next five years, and I do think it is closer to five than it is to two, the COP process will have generated a landmark global agreement on carbon pricing,” Dhawan said. “That will be a game changer. Short of that, I think the COP process will die a slow and unceremonious death.”

Dhawan, chief executive of the International Council on Mining and Metals (ICMM), whose members include some of the biggest miners, said he believed there was a much more dynamic conversation outside the main political negotiations in Glasgow where industry, finance, investors and civil society groups came together.

South Africa could offer a model for the future.

The European Union, United States, Britain, France and Germany announced a side deal at Glasgow that Dhawan sees as a potential model. They agreed to invest $8.5 billion to help South Africa eliminate coal from its power generation and find alternative employment for the 100,000 people whose jobs are at risk in a country where six out of 10 young people are unemployed.

“So, if we can start to talk about a transition with the highest rate of youth unemployment in the world, it makes me feel confident that with the right conditions we can have that conversation in Indonesia, in India, in other parts of Africa and in Latin America where the unemployment crisis may not be as acute as it is in South Africa,” he said

There is strong opposition among climate activists to the idea that fossil-fuel companies that have profited from polluting the world should have any role in the transition to renewables.

Shell, for example, is getting a very strong message it cannot be trusted to be part of the renewables revolution while it continues to hold on to its oil and gas assets. But Shell argues it needs the continued revenues from its legacy operations to be able in invest in the new.

Dhawan said these companies could persuade the world they should have a role in the renewables revolution by setting clear targets on reducing emissions that people are convinced are sufficiently rigorous, being transparent about their performance and showing they are allocating increasing amounts of capital to clean energy.

“I see this fundamentally as a question of trust between society and big companies who have been legacy oil and gas or coal producers and are now saying that we can indeed be the midwives to the renewables revolution, but society seems unconvinced that they can.”

1. Climate change is a reality today for vulnerable nations. Should the rich world compensate hard-hit countries for their role in driving climate change?
2. What can young climate activists do to force political leaders to act more urgently?
3. Can big oil play a role in the transition to a decarbonised world? 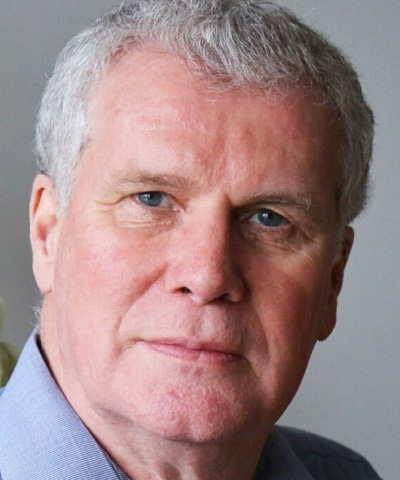