Want to take news photos? Then always be prepared.

Technology has revolutionized news photos since I launched my career decades ago. But the maxim “always be prepared” still holds true. 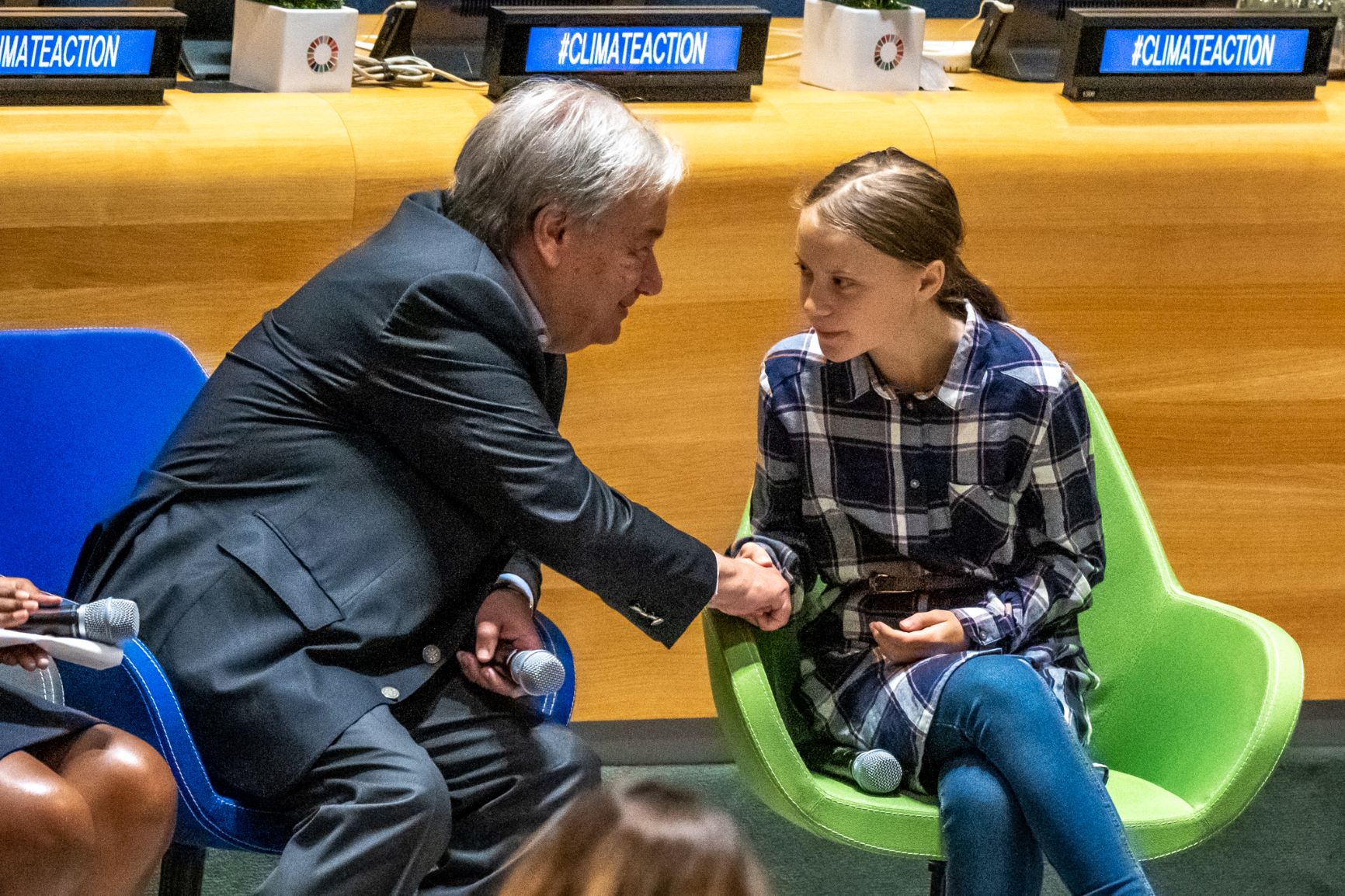 All photos by Enrique Shore

“Luck is when opportunity meets preparation.”

So said Manuel León Lopez, my photojournalism professor at the University of Missouri-Columbia. I first heard him say it in 1982, and it is relevant even today, despite the technological revolution. Yes, sometimes sheer luck can place you in a special place at the right moment. But if you are not prepared, you won’t take full advantage of it.

For a news photographer, being prepared means you need to understand what is going on, do your research and try to anticipate what is going to happen. Being alert will help you get the right photo — and help you avoid problems.

Preparedness doesn’t happen magically. It requires a deliberate effort ahead of time, and it’s a skill that evolves with experience. Obviously, the better you understand what is going on, the better the results. There may be occasions when you have to cover things that you know little about, but that is no excuse. You don’t need to become an expert on everything you cover, but it helps to understand the basic “Ws” – What is happening, When, Where, Who and Why.

That is Journalism 101 and very relevant in photojournalism.

Sports is a great way to train for taking news photos.

Many years ago, I covered a lot of sports, soccer in particular. At the beginning, I didn’t know the players and sometimes failed to get the key ones. Today, it is hard to imagine that a photo won’t match the main story. For example, if you are looking at photos of a Barcelona match, you certainly expect to see at least one photo of Messi, perhaps even with their new coach. Having a nice image of lesser known players would not be of interest — meaning you need to know in advance what the story is.

In the analog era, it was much more challenging because we were shooting film, which needed to be processed, edited, copied and then transmitted over phone lines. It was a lengthy process that changed radically with digital technology. Nowadays, photographers cover an entire match and send the photos wirelessly from their cameras, often with remote editors accessing the pictures in real time so they can quickly distribute the key images.

But in the film era, for a game starting late at night, very often you could shoot only during the first five minutes before you had to rush off to develop the film to make deadlines. If you didn’t know the story and focus on the key players in those precious few moments, you would fail.

Sports coverage is a great way to train your reflexes. It doesn’t need to be a top match. Any sport provides an opportunity to improve your technical skills, but you still need to know what the story is.

My experience covering sports helped me to anticipate what might happen and to capture events even when they occurred unexpectedly. As examples of the benefits of preparation and anticipation, here are some photos I have taken as a News Decoder correspondent.

I was prepared for the unexpected at the UN. 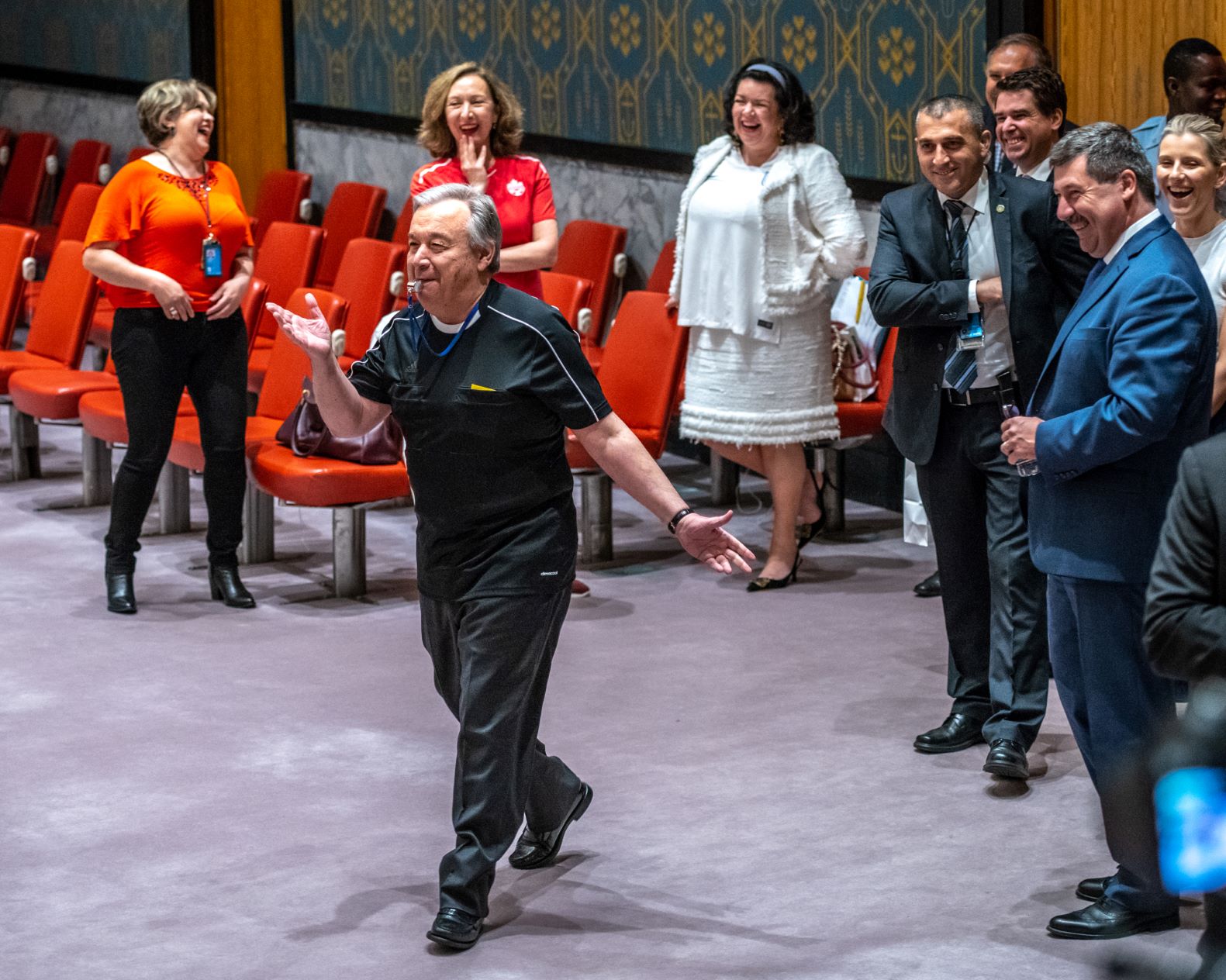 In June 2018, I noticed that there was going to be an event marking the start of the World Cup football championship at the United Nations headquarters, so I thought to go take a look.

I was expecting the usual press conference or presentation, with officials wearing suits in a formal setting. Instead, we were taken into the UN Security Council chamber for a totally informal and unexpected event, where the ambassadors of countries participating in the World Cup were wearing the official jerseys of their national soccer teams.

It was quite funny and very unusual to see the officials in such a playful mood in that very serious and formal place!

But the key moment happened when Secretary-General António Guterres entered the room wearing a referee jersey and blowing a whistle, with a yellow card in his pocket. Everybody laughed. It lasted only an instant. Later, they posed for an official photograph, but the surprise and laughter in the spontaneous moment were much more powerful.

Identifying the main player in an unexpected situation and reacting quickly were key.

When Trump spoke, I was prepared. 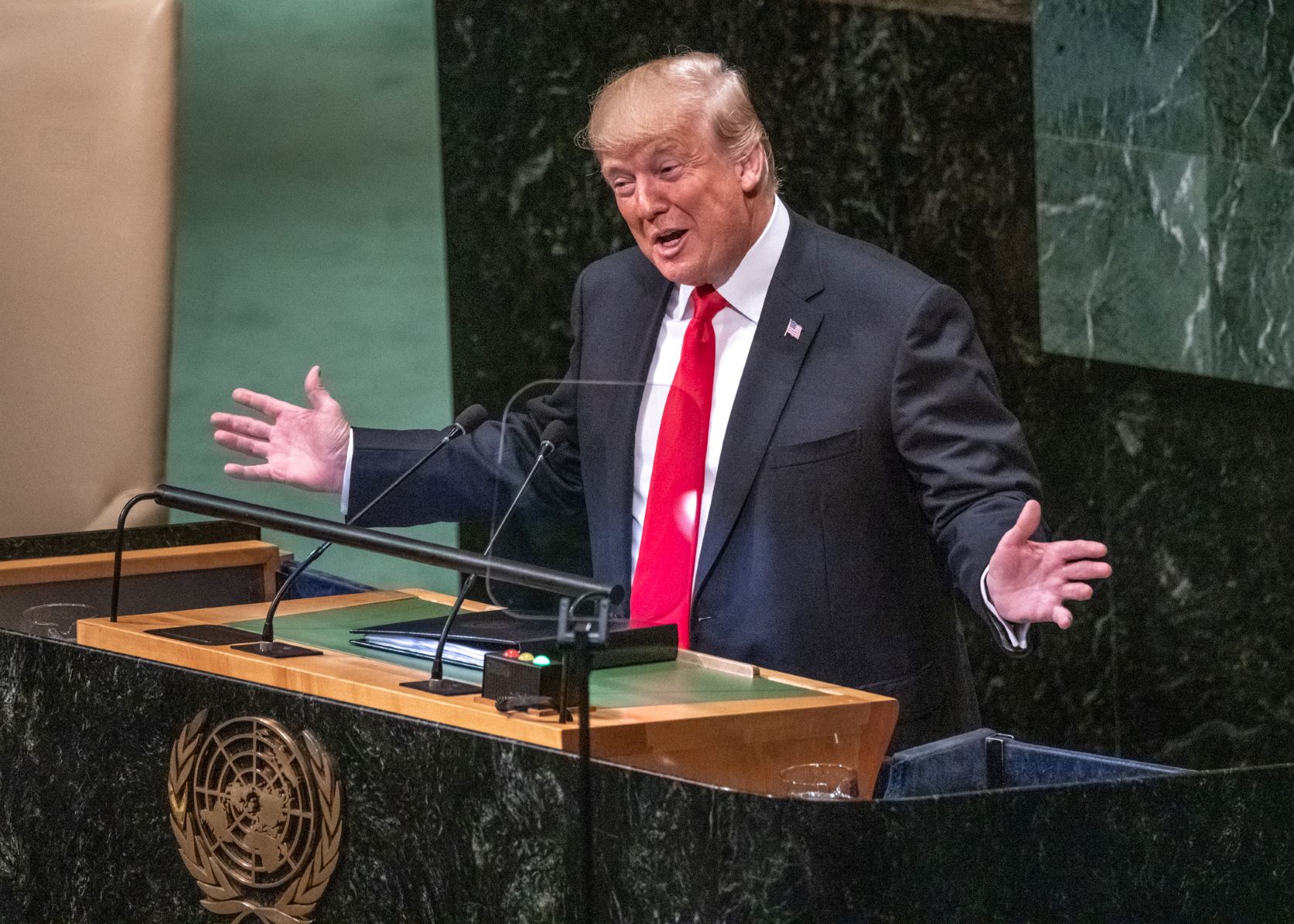 Many other things happened that day, but this was one of the key moments. It was a bit of luck that I was in position at that time, because there are few spaces for photographers, and they let you take photos for only a few moments and then you have to let others in.

But I seized the opportunity and took this photo at the precise moment when Trump said:

“Today, I stand before the United Nations General Assembly to share the extraordinary progress we’ve made. In less than two years, my administration has accomplished more than almost any administration in the history of our country.”

There was some muted laughter.

Only a brief moment for that telling news photo.

There was another unusual situation last year when the United Nations hosted a Youth Climate Summit and offered an unprecedented platform to young environmental activists from all over the world.

The key figure was Swedish teenager Greta Thunberg, who delivered a powerful speech. But it was important to show her together with UN Secretary-General Guterres. That happened only once in public, when they shook hands very briefly after the initial address.

To get that photo, I had to anticipate when and where it was going to happen. There were technical challenges, as the light was not great and they were very far away, but with a very long lens I was able to capture that brief, symbolic moment.

Without my camera, it would have been a disaster. 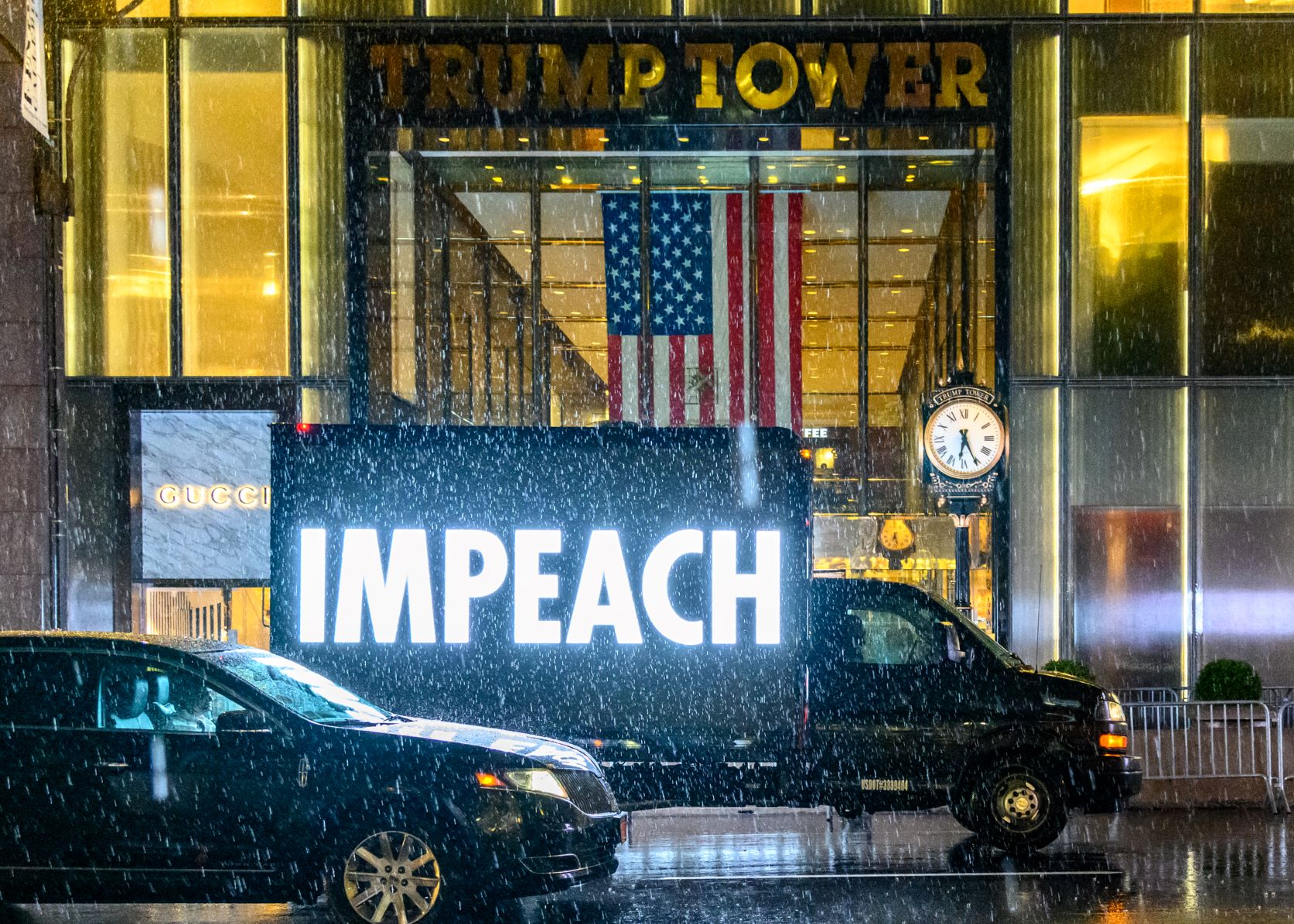 One night when I was going to an exhibition in midtown Manhattan, I got out of the subway and it was pouring rain.

To my surprise, I glimpsed an unusual truck with a bright sign reading “Impeach” at the corner of 58th Street and Fifth Avenue. At the time, there was mounting pressure to impeach President Trump.

I realized the truck was going to turn onto Fifth Avenue, and I thought that if I could take a photo of it passing in front of Trump Tower, it could produce a strong graphic message.

So I rushed ahead of the truck and arrived in position as the truck drove slowly by. I have no idea who organized the sign, but the message was clear!

It was sheer chance that I had the opportunity to take the photo, but I had to react quickly, and of course I had a camera on me.

If my subway had been delayed a couple of minutes, I would have missed the shot. But the worst scenario would have been to witness it, only to realize I wasn’t carrying a camera.

Be prepared — and know when to leave. 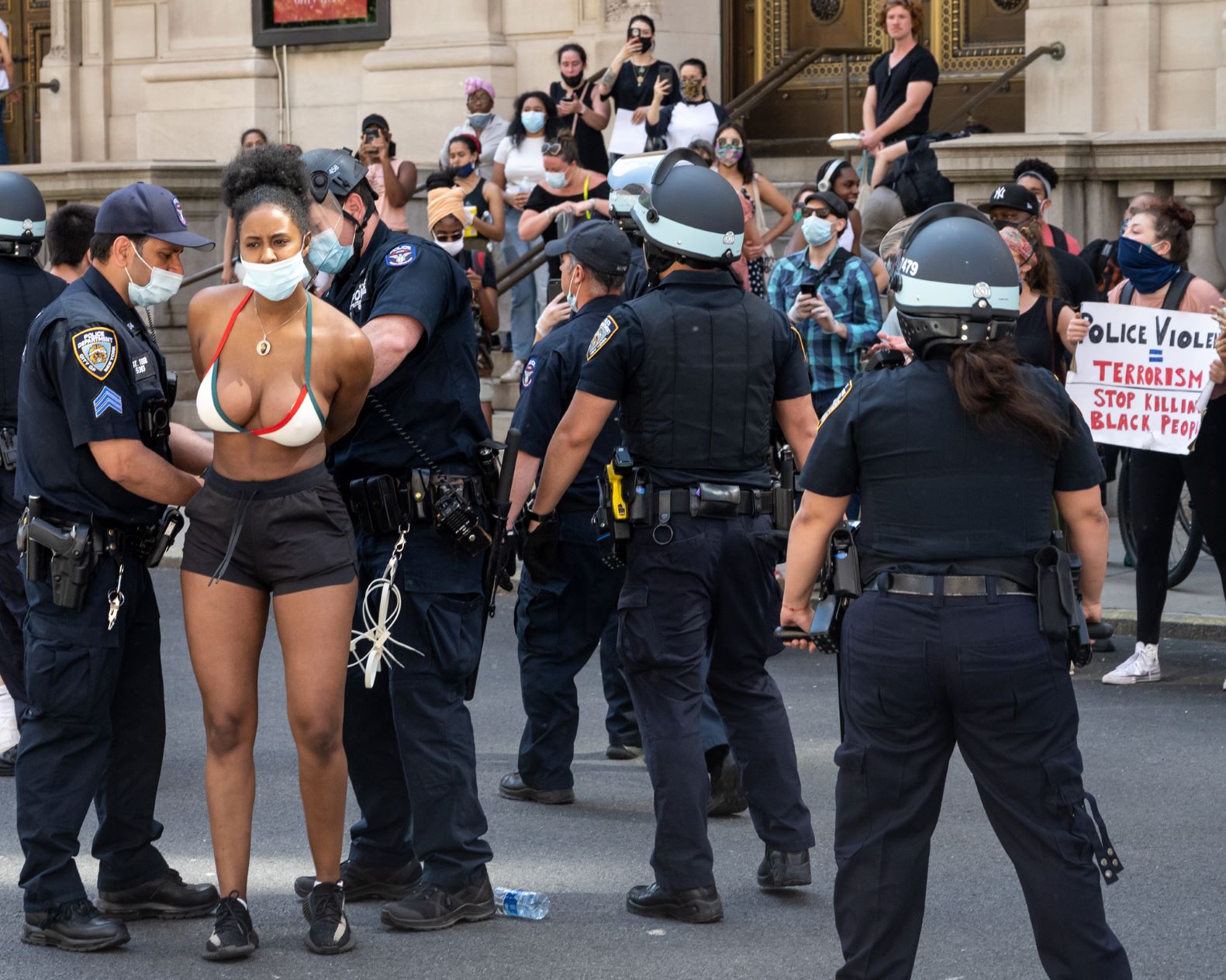 It was towards the end of May this year, during the COVID-19 pandemic, and I was home in my apartment in New York.

I heard noise outside and saw that demonstrators were marching in the street to protest against police brutality after the death of George Floyd.

I took this picture and then left immediately as the situation was becoming dangerous and police were arresting people for no apparent reason.

My point is that it is important to know what is happening, to be prepared, to react quickly and know when to leave. 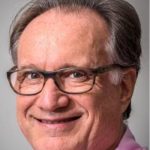 Enrique Shore is a News-Decoder correspondent, photographer and pictures editor with three decades experience covering World Cups, Olympics, presidential elections, summits and the first Gulf War. He was Reuters chief photographer for Argentina, Uruguay and Paraguay, then based in Madrid in charge of the Iberian peninsula. He later looked after media clients in Spain and Portugal. He is currently an independent photographer, editor and consultant based in New York.

← Should I have ridden that helicopter during the Vietnam War? Being stateless means being condemned to the margins →