Should I have ridden that helicopter during the Vietnam War?

Good journalists try to remain neutral. I once hopped on a U.S. military helicopter during the Vietnam War. Had I abandoned my principles? 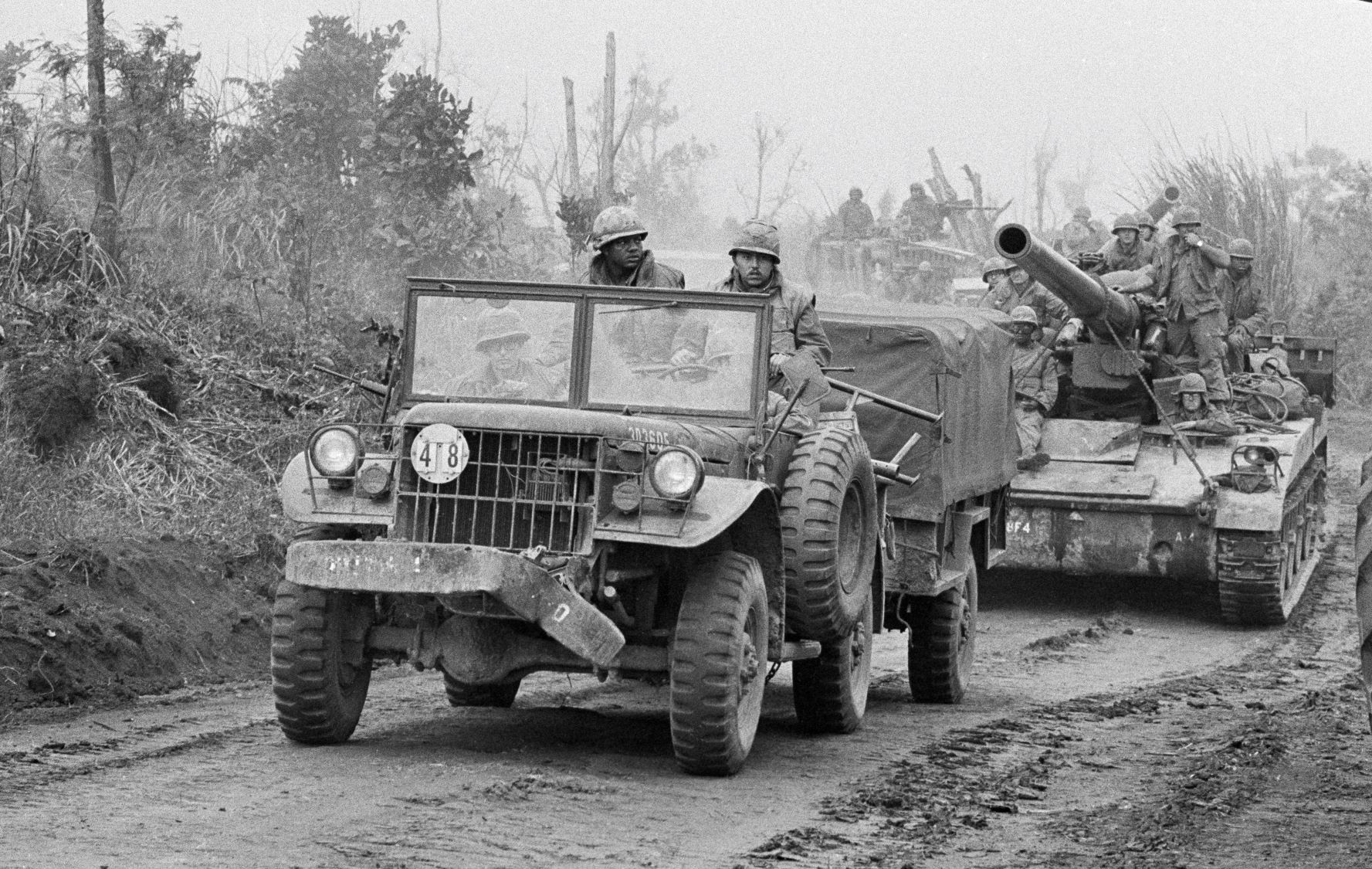 U.S. troops during Operation Lam Son 719, February 1971. This photo was on the last roll of film received from Associated Press photographer Henri Huet, one of four photojournalists killed when their helicopter was shot down over Laos on 10 February 1971. (AP Photo/Henri Huet)

Most reputable news outlets decree that they are neutral in their coverage of a war. In particular, they insist that their staff do not actively help one side or another.

But I crossed that red line, albeit briefly, when I boarded a U.S. military helicopter in Vietnam in March 1971.

Hitchhiking on helicopters was standard practice for reporters during that war, which pitted communist North Vietnam — supported by China and the Soviet Union — against U.S.-backed South Vietnam and was won by the North in 1975.

It was an unofficial act of generosity to give free rides to journalists, many of whom, like me, worked for Reuter news agency, were strangers to the helicopter crews and not even American.

Their help was priceless for our work, and the crews’ friendliness amid a frightening environment was much cherished.

The crew of the helicopter I boarded on that March morning were doing me a big favour, giving me a ride to where I needed to go to report on one of the bloodier battles of the war.

But there was a twist.

The helicopter was headed towards an ill-fated battle in the Vietnam War.

The helicopter was a Bell UH-1 Iroquois, a type universally known as the “Huey”. Successive versions of this amazing workhorse are still flown widely today.

Yes, the pilot said, welcome aboard, but on one condition. His crew were one person short. They were missing a gunner to operate one of the two machine guns protruding from the sides of the Huey. Would I sit in for him?

I wasn’t to touch the machine gun. But I could be useful otherwise.

Not fully appreciating what I was getting into, I said OK. I was handed a helmet so I could listen to, and communicate with, the crew members. My instructions were: if I saw or heard anything that could be gun or rocket fire, I was to tell them.

So for a period that I recall lasted less than 40 minutes, I was a lookout for the U.S. military.

The need for extra eyes and ears — ones far more expert than mine — was apparent. We were flying only several kilometres south of the heavily contested Demilitarized Zone that split the northern part of the country from the south.

We were also headed for the base camp of an ill-fated battle that was exacting a terrible toll of both the South Vietnamese troops and the American helicopters ferrying them to the front lines.

‘I offered a big thank you.’

The campaign, called Operation Lam Son 719, was a disaster for the South Vietnamese and the Americans, and a triumph for the North Vietnamese. One of the enduring images of that campaign was of panic-stricken South Vietnamese soldiers clinging for dear life onto the landing skids of U.S. helicopters that were evacuating the wounded from the battlefield.

One of the media casualties was renowned British photojournalist Larry Burrows, killed when his helicopter was shot down.

In my helicopter, I felt almost part of the crew, listening in on their terse chatter — interspersed with Beatles tracks — and watching out from my exposed position for anything that could do them, and me, harm.

Thankfully, I didn’t see anything untoward, no telltale flashes of weaponry being fired, as we sped along a spectacular valley flanked by jungle-clad mountains.

The only message I communicated to the crew when the helicopter touched down at the end of the flight was a big thank you for the lift.

Should I have refused to take that helicopter ride?

So ended my contribution to the U.S. war effort. At the time it seemed so insignificant that I hardly bothered to tell my Reuters colleagues about it.

But in the endless controversy over the role of the media in conflict zones — a debate that began the moment a reporter first stepped onto a battlefield — it could have raised eyebrows.

Should I have refused to take the conditional helicopter ride?

One could argue that it didn’t matter whether I did or not, as my supposed neutrality as a journalist had already been hopelessly compromised. After all, I had accepted the U.S. credentials that gave me access to cover the war from the anti-communist side.

(Like all correspondents in Vietnam, I had an ID card giving me the token military rank of major. If captured by the enemy, I was supposed to receive treatment appropriate for someone of that rank.)

One could also say that a reporter’s duty to reach the battle site and to report to the world on what proved to be one of the war’s deadliest struggles overrode any issue as trifling as sitting in for a missing helicopter crewman.

But what if I had seen gunfire? Would I have reported it to the crew?

Assuredly yes — I had indicated that I would do so. And anyway, I would want to save my skin as much as theirs.

(You can read other News Decoder stories about the Vietnam War here.)

← Hong Kong has long been caught in the middle Want to take news photos? Then always be prepared. →