The lesser evil: An Afghan youth on the Taliban peace talks 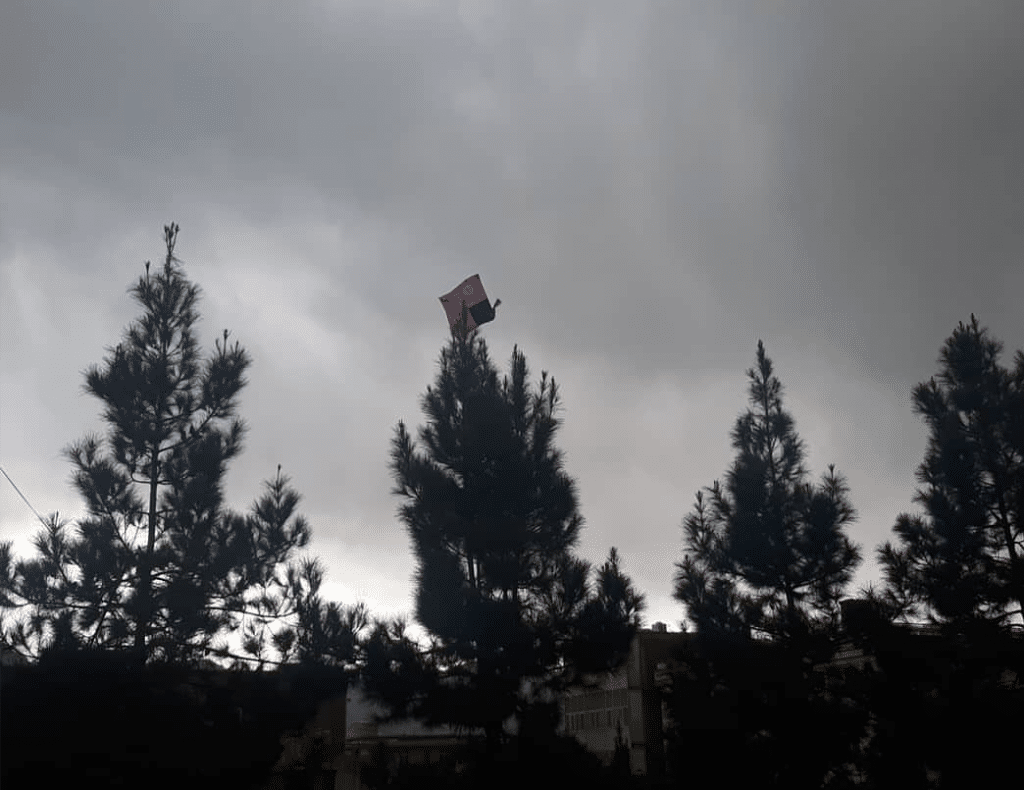 On the eve of Valentine’s Day this year, a well-known Afghan poet, Ramin Muzaher, recited one of his poems on a hilltop. Muzaher is a symbol of Afghan’s younger generation: he grew up in the last two decades and embodies the values of urban society.

The poem, popularly known as “I kiss you amid the Taliban,” captures the progressive values of Afghan’s youth:

(Courtesy of the New York Times and Atiq Rahimi.)

A young girl, Ghawgha Taban, turned the poem into a song with her strong voice. A recording of the event stormed social media the following day.

These young people’s message was clear: We will not go back and you cannot impose your values on us. Their message is particularly powerful at a time when the country’s future progress is anything but assured.

In recent months, Zalmay Khalilzad, the U.S. Special Representative for Afghanistan Reconciliation, has met regularly with Taliban negotiators and leaders of regional countries to try to negotiate a peace deal that would put an end to the 17-year-conflict that has claimed tens of thousands of lives, including 3,804 civilian lives in 2018 alone.

One of the central questions of the negotiations is whether the United States will withdraw its roughly 11,000 troops from the country and, if so, on what terms.

Our official government has been shut out of the talks.

What is deeply unsettling about the negotiations is that the democratically-elected and internationally-recognized government of Afghanistan has effectively been shut out of the talks. Taliban negotiators have refused to negotiate directly with the Afghan government, which is led by President Ashraf Ghani.

Other factors include the staggering death toll of the war: Ghani recently acknowledged that approximately 45,000 members of the Afghan security forces — mostly young — have died over the past four years. And for what? Half the country’s territory has been controlled by the Taliban due to the government’s bad management of the war.

It took me four days to vote.

Afghanistan’s recent parliamentarian elections were also an absolute failure. As a citizen, it took me four days to register my vote. After three months, the outcome of that election is still not clear. While the government has called on the attorney general to investigate, it will not restore the people’s lost trust in the election process.

The president’s ethnocentric policies have led to rising intolerance among the country’s different ethnic groups. Such divisions will only make it more difficult to achieve lasting peace.

We must oppose Taliban fundamentalism.

The Taliban have clearly stated that they do not accept the Afghan Constitution and have demanded the dismissal of the National Army. Many worry they will also return Afghanistan to the state it was in during the 1990s, when women in particular were horribly oppressed.

Unfortunately, though, the people have not been sufficiently united in resisting Taliban thought, even though most urban young people oppose the fundamentalism of the Taliban.

Afghan youth need to get more active. They need to stand up for their interests and safeguard progress by any means.

I will not return to the days when
Kites
Arts
Poem
Song
And love was condemned
We are all lovers!
Be gone Taliban…

It is our responsibility to voice our beliefs firmly and clearly. We cannot be afraid to speak up. If we do not, the power holders and decision-makers will hand us over to the Taliban on their terms.

Atiq Rahimi is from Afghanistan and lives in Kabul with his mother and brothers. During the Afghan Civil War, his family was displaced to Quetta, Pakistan, and returned to Afghanistan after the fall of the Taliban. After completing high school in Kabul, Atiq received a scholarship to study in India. He now works as a researcher for a local NGO in Kabul. He is a movie-lover and an amateur photographer. Rahimi wrote an article in 2017 for News-Decoder that you can read here.

Share This
WorldAsiaThe lesser evil: An Afghan youth on the Taliban peace talks