Is Donald Trump’s administration straight out of George Orwell’s dystopian novel “1984”? Or is the U.S. mainstream media in an anti-Trump frenzy? 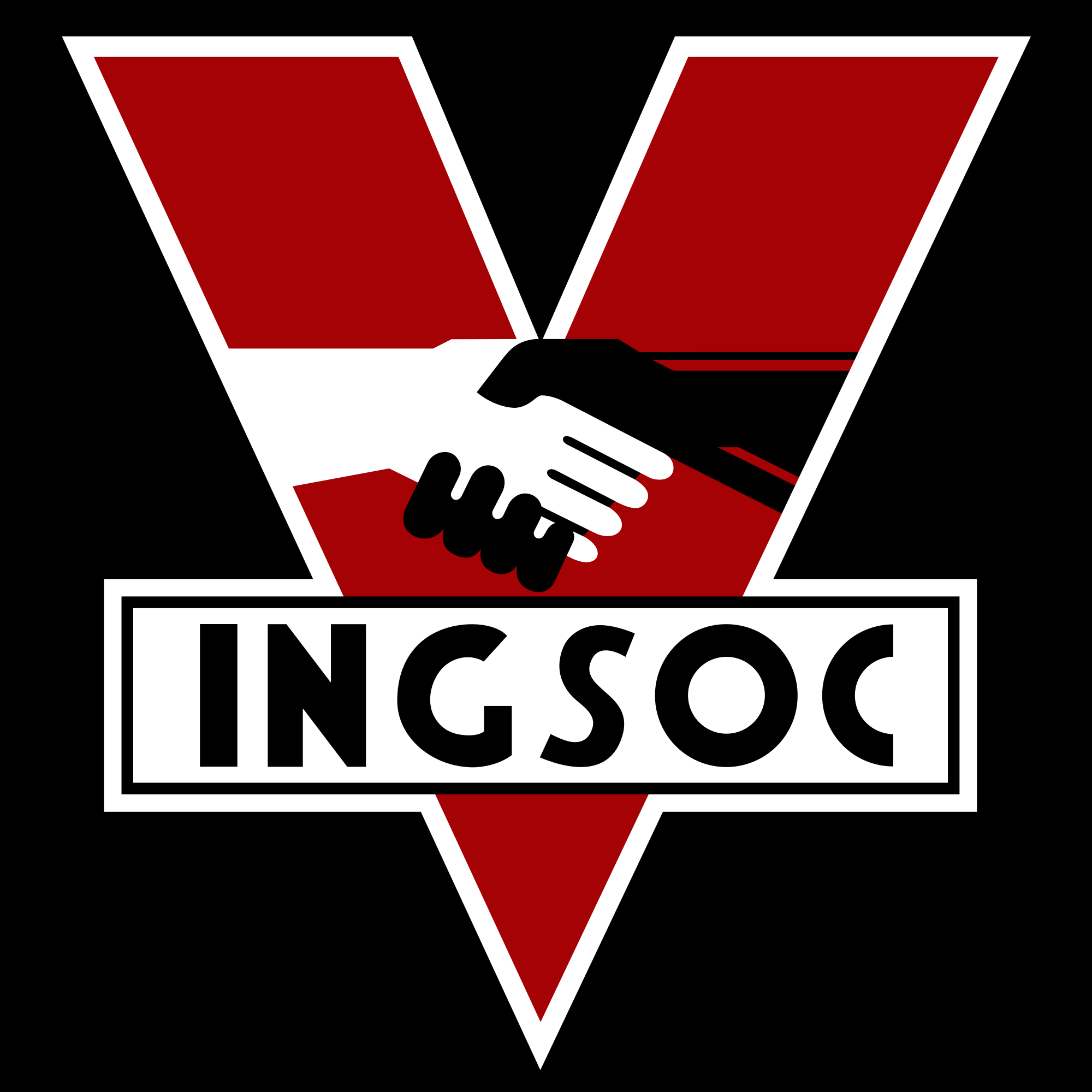 The logo of Ingsoc, the political ideology of the totalitarian government of Oceania, in George Orwell’s novel “Nineteen Eighty-Four,” (Wikimedia Commons)

News-Decoder is devoted to examining multiple perspectives on major issues. Today, Prof. Emily Metzgar of Indiana University discusses the media’s approach towards U.S. President Donald Trump. Prof. Metzgar’s views diverge from others that have appeared on this site, but we think it is important to present different, even conflicting viewpoints, in a respectful way. Readers might keep in mind what Prof. Metzgar wrote six months before last year’s U.S. presidential election in her piece entitled “U.S. ‘Flyover Country’ Sends Election Signal.” In that article, she noted that it made perfect sense for many people in middle America to vote for Donald Trump.

The opening pages of George Orwell’s novel “1984” acquaint the reader with the Two Minutes Hate, a daily ritual profoundly effective at unleashing anger, derision and obscenities from the audience.

The object of their deep-seated and primal animosity is a figure identified as Emmanuel Goldstein, the Enemy of the People. Day after dreary day in the fictional Oceania, Goldstein is trotted out as a symbol of all that is wrong with those who fail to believe rightly. And every day, enmity is unleashed toward him anew.

But, as the novel’s narrator observes, although bounteous vitriol is spewed daily, Goldstein’s “influence never seemed to grow less. Always there were fresh dupes waiting to be deceived by him.”

As the narrator reflects: “The horrible thing about the Two Minutes Hate was not that one was obliged to act a part, but that it was impossible to avoid joining in.”

For the American press, it is de rigueur to offer comparisons between Orwell’s “1984” and the American political environment of 2017.

The media that is engaged in efforts to whip the public into a frenzy.

Writing in The Atlantic, an enthusiastic high school teacher argued that in the age of Trump, “1984” is more important than ever. A commentator in The Huffington Post authored a piece titled “Orwell, Hitler and Trump,” connecting “1984” and the authoritarianism he fears Trump will impose over the land.

And following the dust-up about disputed attendance figures for the inauguration, the trickle of “1984” references turned into a deluge, with recent headlines announcing that Orwell’s dystopian novel is surging to the top of bestseller lists.

The implications are clear: If one wants to avoid the fate of those in Orwell’s Oceania, one should fear and actively militate against the Trump Administration. And the media will lead the charge.

Indeed, the mainstream press has been raging its own Two Minutes Hate against Donald Trump, spanning his entry into the presidential race, his securing of the Republican nomination and his unexpected victory in the general election.

Recall the smug assertions that Trump’s campaign was a joke. Recall the knowing declarations that he would lose badly in November. Recall the condemnations of an inaugural address that wove themes from the campaign into a call to prioritize national interest above all else.

Contrary to the current narrative that the Trump Administration is practicing Orwellian double-think in its press briefings and interviews with journalists, stop for a moment to consider an alternative interpretation: It is the media that is engaged in daily efforts to whip the public into a frenzy in an increasingly crazed effort to delegitimize the President of the United States.

The media’s approach suggests a tone-deafness to public cynicism.

To be sure, the Trump Administration is offering numerous opportunities for hard-hitting journalism and scathing commentary. But the media’s current approach that models Orwell’s dark, daily struggle sessions risks overwhelming an already distrustful public.

Indeed, the throw-everything-against-the-wall-to-see-what-sticks strategy is poised to backfire. It suggests a continuing tone-deafness to the cynicism with which the American public views the very institution of the media.

Take for example, approval ratings: According to Gallup, the president-elect had historically low approval ratings at inauguration, a fact that the media gleefully reported without any hint of self-awareness or irony — despite the fact that Trump’s 45% approval rating was twice as high as the percentage of Americans expressing confidence in newspapers or television news in another Gallup poll (20% and 21% respectively).

The media appears so blinded by its hate for Trump that it is increasingly unable to focus its attention, its resources and its megaphone on truly consequential issues for the country such as nominees for the Supreme Court, treatment of refugees or the care and feeding of key relationships with strategic partners around the world.

It is a slippery slope, some argue. Let small things slide and suddenly the United States will be unrecognizable as a democratic nation, they say.

But the current mainstream media frenzy is both destructive and unsustainable. Journalists and commentators need to start choosing their battles wisely.