Joe Biden’s win over Donald Trump in the U.S. presidential election is cause for celebration. But it’s also time for America to heal its deep divisions. 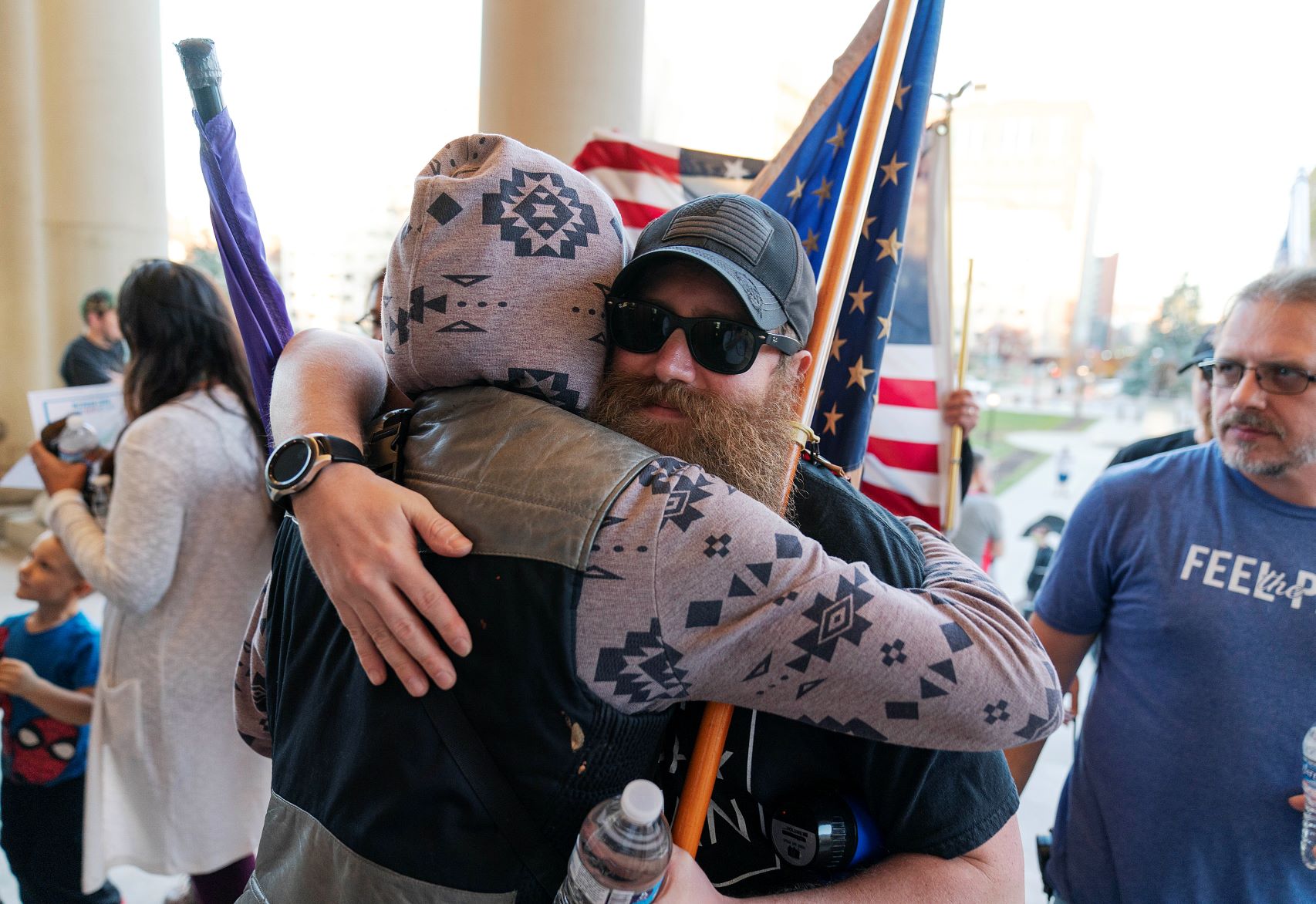 A Biden supporter hugs a Trump supporter after an impromptu debate between members of both political sides following a protest by Trump supporters over the U.S. presidential election results, Lansing, Michigan, 8 November 2020. (AP Photo/David Goldman)

For everything, there is a season. And it’s a time of celebration for many millions of Americans.

The outpouring of emotion in the streets of many U.S. cities after television networks forecast Joe Biden’s victory in the presidential election on Saturday underscores the deep sense of relief for many millions of Americans after four years under the iconoclastic and divisive Donald Trump.

The rush of foreign leaders to congratulate the president-elect, even without Trump having conceded defeat, offers a measure of the eager anticipation with which many U.S. allies await a changing of the guard in Washington.

In an article I wrote four years ago to this day, I admonished young people to “get to work” if they were despondent over Hillary Clinton’s surprise loss to Trump in the 2016 election. Indeed, much work has been accomplished to bring America to where it is today.

Trump has lasted longer in the White House and fulfilled more of his campaign promises than some of us had expected. But America’s institutions, although shaken, have withstood Trump’s myriad onslaughts, and the strong turnout at the polls for this election testifies to the resilience of democracy in the United States, for all its flaws.

So there is good reason to celebrate. And it’s important to mark the moment.

Divisions in America will not disappear the moment Biden is sworn in.

With the election of Joe Biden to the White House, much has changed. He has pledged to work to heal the gaping divisions in American society.

But while Trump has exacerbated the divisions, they will not disappear at noon on January 20, 2021, when Biden is set to take the oath of office.

“The elected officials who take the oath of office in January will be representing two broad coalitions of voters who are deeply distrustful of one another and who fundamentally disagree over policies, plans and even the very problems that face the country today,” the non-partisan Pew Research Center wrote last week while publishing a poll that underscored just how deep those disagreements are.

The Biden and Trump coalitions are fundamentally at odds over the coronavirus pandemic, racial inequality, law enforcement and climate change, according to Pew. Only about one in five Biden and Trump supporters say they share the same core American values and goals.

The United States is no stranger to political discord. I well remember the tensions in society during the Vietnam War.

American democracy allows for the peaceful transfer of power based on the ballot box. I think of the 13 times I have voted in U.S. presidential elections – with my preferred candidate winning six times and losing seven.

You win some. You lose some.

Americans hold radically different conceptions of society and the nation.

But if the divisions are in many ways familiar, the vitriolic tone in much of the political discourse is not. It makes me wonder if Americans are not fighting another Civil War, with other means than the cannons and muskets of the mid-19th century.

Then as now, race relations were at the heart of America’s internal struggle. The South, in defending slavery, clung to a way of life and an economic model that shaped that society’s conception of itself and of the nation.

Today, many Americans hold radically different conceptions of their society and nation.

During the Civil War, America had a president, Abraham Lincoln, who ended slavery and defeated the secessionist South while saving the national union.

In his second inaugural address in 1865, delivered on the cusp of the North’s victory in the war, Lincoln did not gloat or rejoice. Instead, he reminded listeners of how wrong both sides had been at the start of the war four years earlier.

His rejection of triumphalism is seen by many as his pragmatic approach to Reconstruction – the post-war rebuilding of American society and the granting of civil rights to newly freed slaves.

Lincoln’s assassination 41 days after that historic address meant that Andrew Johnson, a former slave owner, assumed the presidency. Reconstruction under Johnson did not lead to the suffrage of all freed slaves. And in many parts of the South, the decades after the Civil War saw atrocities against Blacks by white supremacists and the rise of the Klu Klux Klan.

It took a century before Congress passed the Civil Rights Act of 1964 that prohibited discrimination on the basis of race, color, religion, sex or national origin.

Fresh elections are always on the horizon.

One lesson from Reconstruction, still relevant today, is that reactionaries always lie in wait, ready to pounce when the time comes.

Those who think that the political agenda pursued by Trump or his base will disappear upon his leaving the White House would do well to remember that the defeated Republican candidate received the second highest number of votes ever in a presidential election – despite the coronavirus pandemic, a struggling economy, racial injustice and an erratic candidate.

Trump did not invent nationalist populism. There are savvy populists in power around the world who predated Trump’s administration and who will now outlast their U.S. admirer.

Far be it from me to throw cold water on U.S. Democrats’ celebrations. Catharsis is important for renewal and restoration.

But if democracy has survived the Trump administration, it means fresh elections are already on the horizon. Like Lincoln as he delivered his second inaugural address before the U.S. Capitol, victorious voters in this U.S. presidential election would do well not to gloat.

And to remember that many millions of Americans feel as despondent as today’s victors did four years ago.

Nelson Graves is the founder of News Decoder.