Ok, Trump wins. Time to get to work.

Trump has won, and Clinton has lost. Half of America is elated, half is afraid. It’s an historic moment in America. Now, time to get to work. 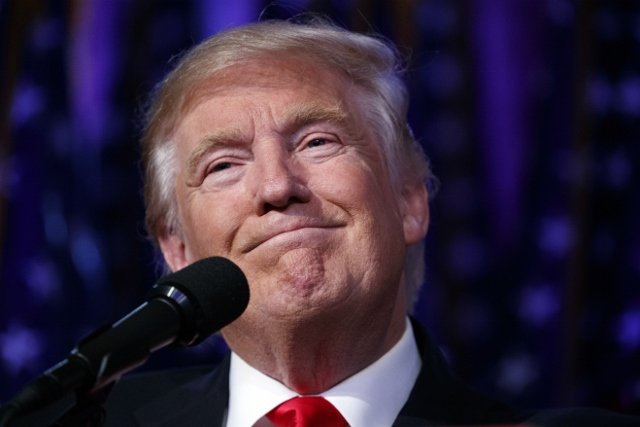 Today, after the momentous U.S. vote, I recall what my former writing coach Roy Peter Clark penned on November 4, 2004, two days after his candidate lost the U.S. presidential contest.

Clark’s column was entitled, “Confessions of an Alienated Journalist.” In it, he berated himself for utterly failing to have grasped how George W. Bush could possibly defeat John Kerry to win a second term in the White House even after the 43rd president had launched a fraught war in Iraq and alienated everyone in Clark’s personal orbit.

“My blind spots blot out half of America. And that makes me less of a citizen, and less of a journalist,” Clark’s public confession read.

Today, many Americans — not only journalists or pollsters — are feeling very much like Clark. How, they ask, could a man who represents so much that they abhor win the nation’s highest office? Are those millions of voters delusional? Racists? Liars? Misogynists? Anti-gay? Anti-Muslim? Crazy?

So what did Clark do? After swallowing hard, he tried to get to know the voters he had never known. He exchanged messages with a “spunky Creationist,” tuned in to a religious radio program and went to a yard sale at a nearby evangelical church — a place he had driven by for more than 25 years without ever stopping.

“I exchanged a few words of greeting with some nice folks and walked away with a decent golf bag — for only five bucks,” Clark wrote a month after the election shock.

Some see things very, very differently than you do.

To get over an election loss, it helps to have Clark’s sense of humor. It can also help to leave the high moral horse out to pasture and to consider adopting four virtues that Clark then pledged to embrace: tolerance, empathy, attention and self-doubt.

This article is not about Trump or Clinton. Pundits much brighter than I will dissect this extraordinary election and what it means for American politics. The article is about us.

Many of my friends will have already given up reading these musings in disgust. But for those still with me, consider this: If you voted for Clinton, whether you like it or not (unless you’re now going to flee America), you’re living in a country with tens of millions of citizens who see things very, very differently than you do.

You might not be thankful for that. But we should all be thankful that, despite the U.S. electoral system’s imperfections, those citizens were able to vote for the candidate of their choice. In a democracy, there are always losers and always winners. I know: my candidates have now lost seven presidential elections and won five. At least we can choose.

Looking to the future, Democrats can cross their arms and wait until demographic trends shape an electorate that enables them to win back the White House. The pendulum will eventually swing back, weighted by growing numbers of Hispanic and young voters.

But what about the disasters that Trump could unleash in financial markets, social policy, international affairs, the environment and human rights?

The United States has checks and balances to guard against abuses. Sure, with a Republican Congress now able to tip the Supreme Court balance to the right, Trump could be sorely tempted to think he has carte blanche. And the power of the U.S. presidency has increased in many ways since 9/11.

But there will be fresh congressional elections in 24 months. And I remember what happened less than two years after Richard Nixon won an unprecedented landslide re-election in 1972 — he was ignominiously forced from office as he faced almost certain impeachment by Congress (albeit a hostile legislature).

Want a silver lining? Gaping fractures in the Republican Party on any number of issues — trade, foreign policy, market regulations — mean wily Democrats have a chance to work for some unexpected political partnerships. As a minority in both houses of Congress and with a Republican president, Democrats cannot afford to be simply obstructionist.

Instead of waiting or watching disaster after disaster, Democrats can roll up their sleeves and work to salvage what President Barack Obama has achieved — health care, the Iran nuclear deal and the global climate change agreement come immediately to mind — and to persuade lawmakers who benefited from Trump’s coattails to think twice about enacting the most divisive features of the Republican platform.

Don’t get me wrong. I’m not a total optimist. There will be setbacks and damaging policies. Hard-fought social policy gains — LGBT rights, women’s rights — are now in jeopardy. There will be clashes — get used to Senate filibusters. As I wrote last week, the foreign policy slate is particularly dangerous.

But one thing is sure: It won’t help to simply dismiss the results of this election as an aberration. To erect barricades of hate or to question the legitimacy of the outcome. It might seem a bad dream for many. But wake up — it’s not a dream.

Half of America is elated, half is afraid. Yes, it’s an historic moment in America, unique in our lifetimes. The quintessential outsider has won a huge upset, the insider has lost.

Now, time to get to work.