Press freedom is under assault around the world and journalists are in increased danger. The Nobel Peace Prize highlights threats to the Fourth Estate.

American actress Meryl Streep presented the 2020 Gwen Ifill Press Freedom Award to human rights lawyer Amal Clooney, who was interviewed by Filipina journalist Maria Ressa, who last week won the Nobel Peace Prize.
By awarding the Nobel Peace Prize to two journalists who have risked their lives by speaking truth to power, the Nobel Committee has reminded us of the mortal dangers that many reporters face in doing their job and the crucial role journalists play in defending democracy.

The award, given to journalists for only the third time in the 120-year history of the prize, comes amid a steady deterioration in press freedom around the world and increased risks for journalists.

Maria Ressa of the Philippines and Dmitry Muratov of Russia won the annual prize for their efforts to safeguard the freedom of expression.

“They are representatives of all journalists who stand up for this ideal in a world in which democracy and freedom of the press face increasingly adverse conditions,” the Nobel Committee said in awarding the prize last week.

The Philippines has long been one of the most dangerous places in the world for journalists to work. Since 1992, 87 journalists have been killed in that country, according to the Committee to Protect Journalists (CPJ).

Two years ago, News Decoder wrote about efforts by Ressa and her compatriot Fernando Garcia Sepe Jr. to expose corruption and abusive practices in the Southeast Asian nation.

Muratov founded the independent Russian newspaper Novaya Gazeta in 1993, and since then six of the newspaper’s journalists have been killed.

The number of journalists murdered in retaliation for their work more than doubled in 2020, as criminal gangs and militant groups targeted reporters working in violent but democratic nations, according to the CPJ. 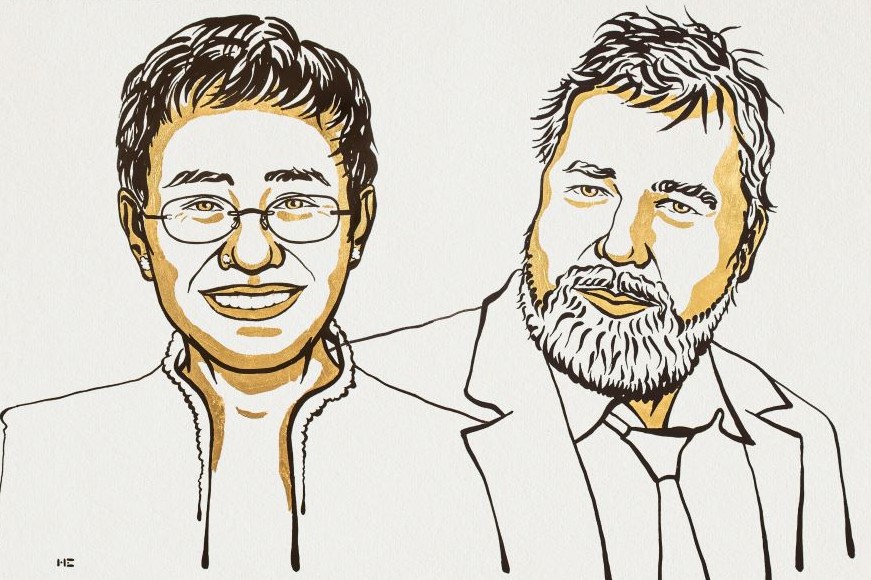 The CPJ said the number of journalists jailed globally because of their work hit a new high in 2020 as governments cracked down on coverage of COVID-19 or tried to suppress reporting on political unrest.

Aralynn McMane, founder of the Global Youth & Media Prize and a member of the board of News Decoder’s governing non-profit, has compiled a useful list of resources detailing threats to journalists around the world.

She cites a report by Reporters Without Borders (RSF) that showed that journalism is completely or partly blocked in 73% of the 180 countries ranked by the NGO, which noted a dramatic deterioration in people’s access to information and an increase in obstacles to news coverage. “Journalism is the best vaccine against disinformation,” RSF secretary-general Christophe Deloire said.

On World Press Freedom day earlier this year, News Decoder broadcast a webinar, in association with the United Nations Educational, Scientific and Cultural Organization (UNESCO), on the topic of protecting journalists to protect democracy.