Filipino journalists Fermando Sepe Jr. and Maria Ressa have exposed government corruption and abuse — and persist despite threats to their safety. 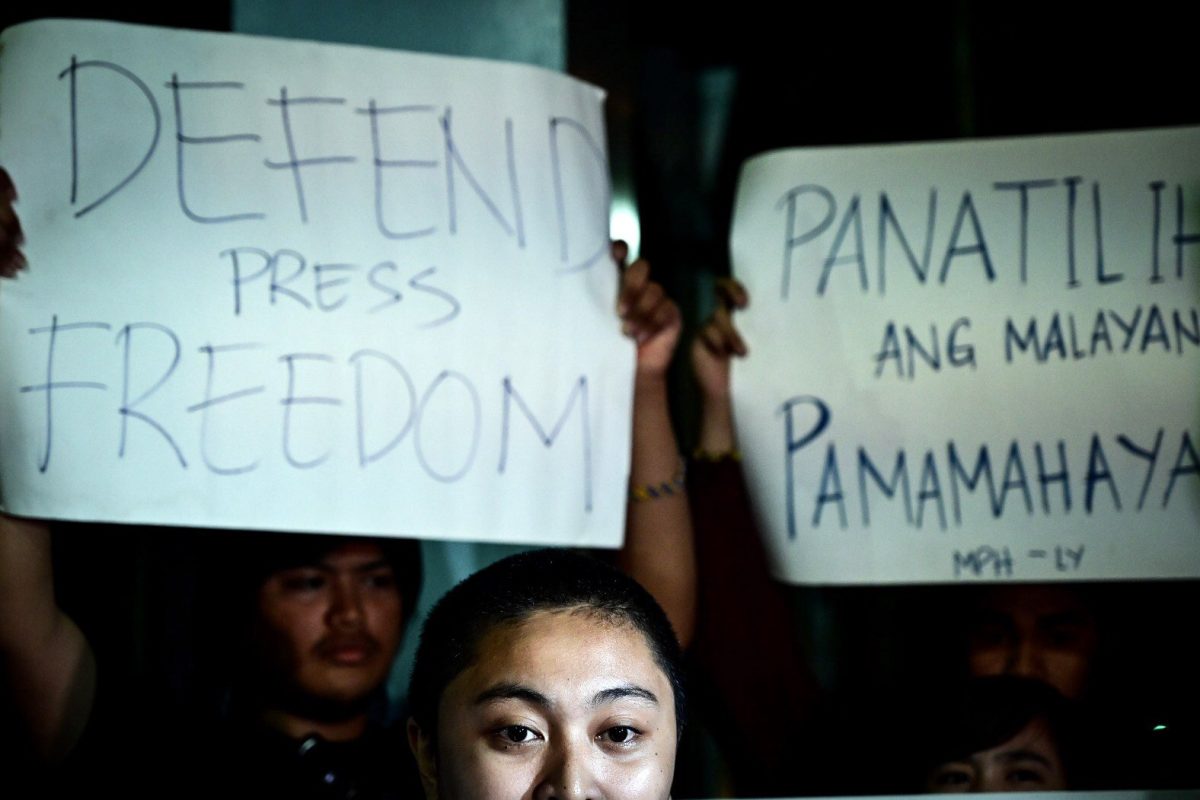 Journalists around the world are facing adversity from shrinking newsrooms, declining trust in media and claims of “fake news.” But in countries where oppressive leaders rule, journalists can face threats of a graver kind.

In the Philippines, the government of President Rodrigo Duterte is making life difficult for journalists like Fernando Garcia Sepe Jr. and Maria Ressa, who have exposed corruption and abusive practices.

I recently attended the N3 Conference, a media conference in Hong Kong that brought together some of Asia’s most influential journalists. Sepe, deputy editor for multimedia at ABS-CBN News, was a featured speaker.

Sepe has been involved in exposing the extreme violence of Duterte’s war on drugs, which Human Rights Watch says has killed more than 12,000 people. Sepe’s 2018 special report on the drug war won the award for Excellence in Feature Writing from the Society of Publishers in Asia.

Sepe’s work has made him the target of attacks, including death threats from online trolls. In his view, the anonymous attackers are following the example set by many politicians.

The Philippines has long been one of the most dangerous places in the world for journalists to work. Since 1992, 80 journalists have been killed in the Southeast Asia country, according to the Committee to Protect Journalists (CPJ). In eight of 10 cases, the killers were never convicted.

The dangers to journalists have mounted under Duterte, who came to power in 2016.

“The oppressive working environment for journalists in the Philippines is alarming,” Kathleen Carroll, chair of the CPJ’s board, said after a mission to the country in April.

Sepe said such threats motivate him to continue exposing abuses and controversies.

“Human rights are probably being violated, and that’s our job as journalists to find out what’s below these stories, what’s beyond the surface of these stories,” he said.

Maria Ressa is the founder and CEO of Rappler, which is critical of many of Duterte’s policies. She spent more than two decades working as an investigative reporter in Asia before creating Rappler with three other female journalists.

Time Magazine included Ressa among the winners of its prestigious Person of the Year award in 2018, citing Rappler’s relentless coverage of Duterte’s “brutal drug war” and “extrajudicial killings that have alarmed human-rights advocates.”

But the 55-year-old’s hard-hitting work has made her some powerful enemies — including Duterte.

In a 2015 interview with Ressa, Duterte confessed to killing three people. The interview went viral and created a backlash in the Philippines and abroad. Since that interview, Ressa has been arrested three times.

In 2017, Duterte falsely claimed that Rappler is owned by Americans and accused it of reporting fake news. Months later, the site came under investigation, and then the government issued a warrant for Ressa’s arrest on charges of tax evasion. Last November, Ressa turned herself in. She was released after posting bail.

In February, Ressa was arrested again while at her office. She was again freed after posting bail.

She was most recently arrested in March 2019 at Manila’s airport. She had to post bail twice on the same day.

Ressa’s worries go beyond the government’s efforts to silence her. She sees fake news as journalists’ most dangerous enemy.

At a recent conference at the Toronto office of Reuters News, Ressa said the proliferation of fake news through social media has created an “upside down world” and displayed some of “the worst of human nature.”

“A lie told a million times becomes a fact,” she said. She argued that information disseminated on social media platforms like Facebook is used to systematically manipulate how societies think.

Ressa, who has conducted extensive research on the topic, knows politicians use fake news to manipulate citizens. In a 2016 series on propaganda, she examined how quickly fake news can be shared on Facebook and how it can affect citizens’ perception of government.

Ressa took her concerns about fake news to Facebook. Last year, the platform partnered with Ressa, Rappler and Vera Files to start a third-party fact-checking program in the Philippines.

Sepe and Ressa offer telling examples of the unique challenges journalists can face when operating under autocratic regimes. And they are paragons of bravery: Despite the government’s many attempts to silence them, they continue to use their words as weapons.

Ivonne Flores Kauffman is a journalism student at Ryerson University in Toronto, Canada. Her keen interest in writing and meeting new people has taken her to report in several countries. She recently traveled to Hong Kong as part of an international journalism course.