Crimped by COVID-19 restrictions for two years, News Decoder is connecting in person again with donors, correspondents and schools. 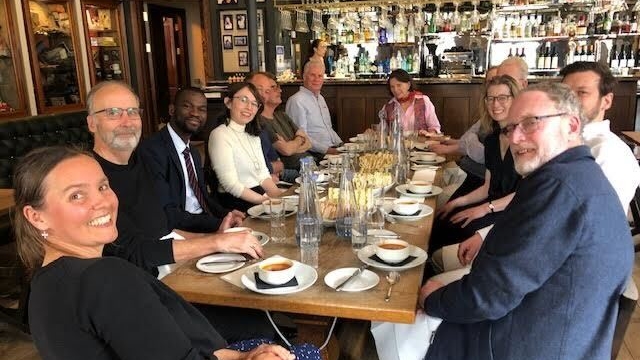 With COVID-19 restrictions on the wane in many parts of the world, News Decoder is connecting in person again with members of its global community and over the past two months has met stakeholders in four countries on two continents.

For the first time since the pandemic erupted in 2020, News Decoder staff have resumed travel to strengthen ties with donors, correspondents, trustees and academic partners.

In April and May, News Decoder managers and trustees hosted events in London, Paris and New York. This week, Managing Director Maria Krasinski traveled to Brussels to meet students and faculty at partner European School of Brussels II.

News Decoder’s international network, including partnerships with 22 schools in 17 countries, would not exist without digital tools, but face-to-face meetings reinforce the sense of community underlying its mission to create better global citizens.

“News Decoder has been quite successful with delivering online experiences since its founding, but it’s great to complement with in-person meetings or events again,” Krasinski said. “There’s a spontaneous, organic energy from meeting in person that is difficult to replicate via Zoom or email.”

During COVID-19 restrictions, Krasinski and Lacey had met only over Zoom.

In April, Krasinski and Director of Development Thea Lacey hosted a luncheon with correspondents, donors and trustee Faith Abiodun in London — offering the two New Decoder staff the chance to meet each other in person for the first time. Up until then, U.S.-based Krasinski and UK-based Lacey, both of whom started working at News Decoder during the pandemic, had seen each other only over Zoom.

For the third time since its launch in 2015, News Decoder chose The Frontline Club for the London get-together. A gathering place for journalists that champions independent journalism and free speech, the club aligns well with News Decoder’s values, Krasinski noted.

A week later, News Decoder hosted donors, correspondents and trustees at a luncheon in Paris at the Cité Universitaire, which was created in the 1920s during the pacifist movement of the interwar period as a place where young people of the world could learn to live together — another venue that fits well with News Decoder’s mission to promote tolerance among youth.

Among those attending were founding Board member Nancy Merritt Asthalter and current Board members Aralynn McMane and Nolwazi Mjwari. “While the internet connected us when we could not meet, nothing beats an in-person community gathering,” said Mjwari, a communications consultant with the Paris-based UN Educational, Scientific and Cultural Organization.

Mjwari recalled a conversation over lunch with News Decoder correspondent Julian Nundy, who covered the first democratic election in South Africa in 1994, a historic moment in Mjwari’s native country. Others at the table listened intently to Tom Heneghan as he recounted his experience covering the fall of the Berlin wall in 1989.

News Decoder will soon be celebrating its seventh birthday.

“The conversation was most rewarding,” Rochford said. “We told our stories, bounced ideas off each other and forged connections in a way that doesn’t happen in a virtual meeting. We’re already talking about getting together again.”

News Decoder will celebrate its seventh birthday in June. Over the next few months, it will start rolling out a climate change project supported by the European Union and in partnership with the European School of Brussels II. The nonprofit is in the final stages of recruiting a new Educational News Director to replace founder Nelson Graves, who will remain president of the board of the French nonprofit that governs News Decoder.

The Tatnall School in the U.S. state of Delaware will join News Decoder as its 23rd partner in the 2022-23 academic year. 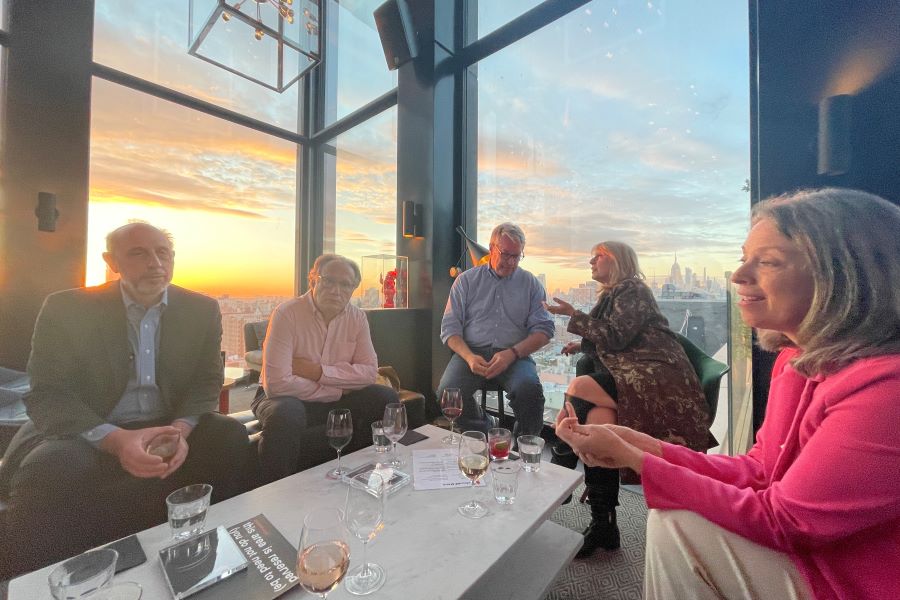 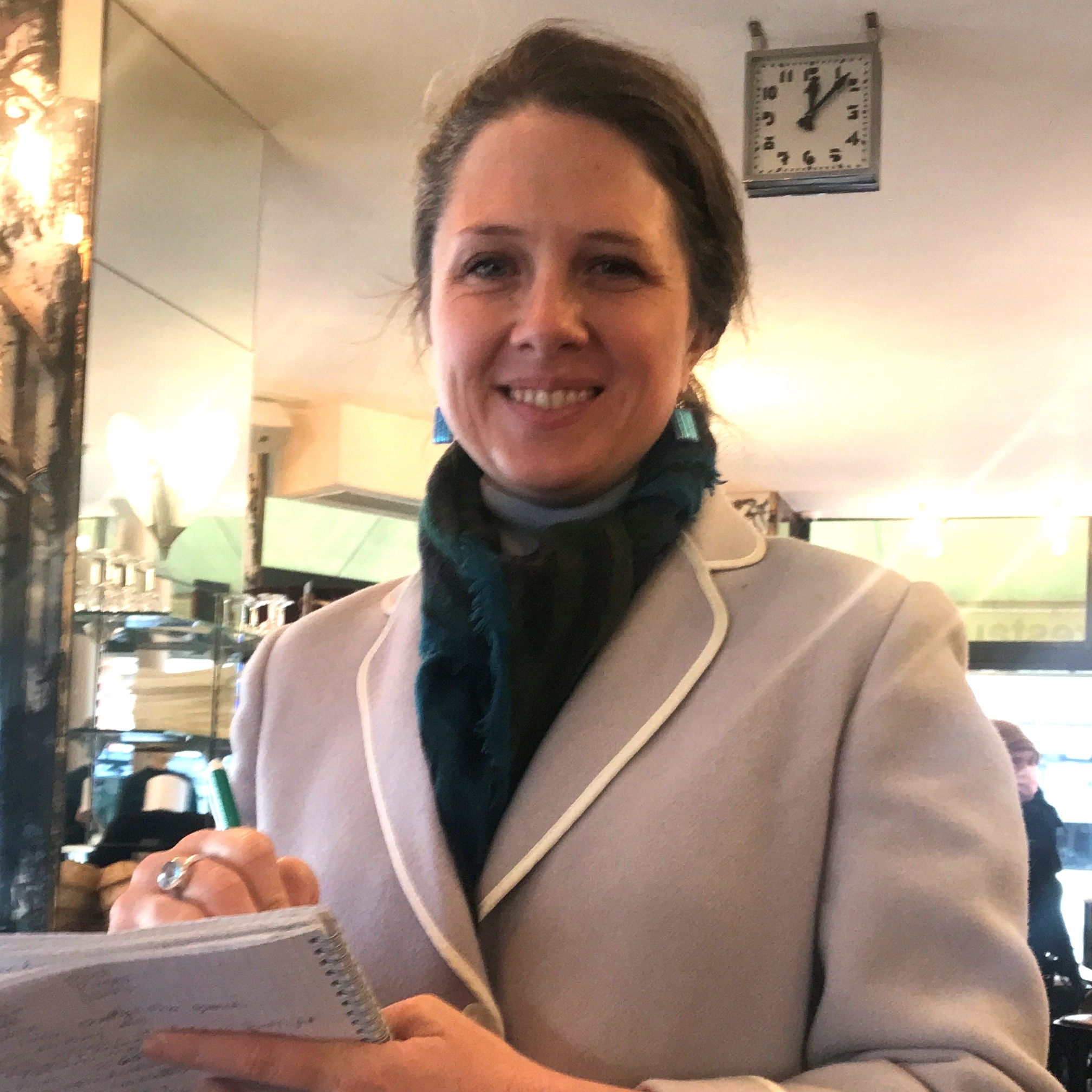 Nicole DiSante is News Decoder’s Program and Communications Intern. Originally from the U.S. state of Arizona, she moved to Paris in January 2020 to begin a master’s program in Global Communications at the American University of Paris. She has worked with youth in leadership programs in Brazil and Mexico. An advocate of experiential learning, she enjoys playing music and practicing dance.