How my city in Jordan made peace with Syrian refugees

When Syrian refugees started flooding into Jordan, citizens in my city were angry and concerned. But with time and investment, tensions have eased. 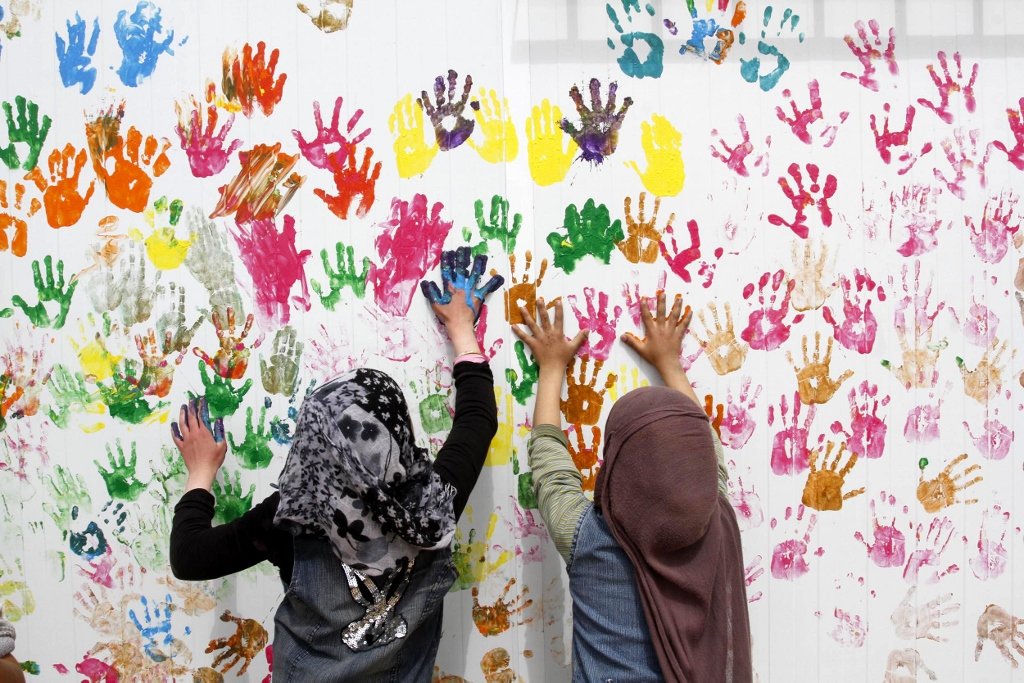 This story won first prize in the text category in News-Decoder’s twice-yearly Reporting and Writing Contest. We are publishing all of the winning entries among our Student Posts.

Early on a hot Friday afternoon in summer, Muslim residents of Mafraq are walking out of the city’s biggest mosque. An old man stands out front selling watermelons, the juicy slices glistening in the dry desert heat, as the sound of the imam echoes between the buildings.

Down the road, a poor Syrian family of nine lives in a dusty ripped tent. A UNICEF logo marks them as strangers here. A young girl, wearing a red dress and pink sandals, is playing with her doll outside the tent.

“Makataeen [sly foreigners]!” shouts a young boy, walking behind his father, to the girl. “Go back to your country.”

Nobody says anything. The boy’s words seem to reflect the adults’ unspoken thoughts.

“This is what you get with all the Syrians here.”

It was August 2015. The flow of Syrians into Jordan had sparked heated arguments among Jordanians, especially in this city in the north.

“Those refugees are ruining our lifestyle,” according to Mr. Abu Tareq, 71, a senior officer in the army. “We are very poor, and we will become even poorer.”

Today, there are nearly 160,000 Syrian refugees in Mafraq. They make up almost half the city’s population, which has tripled in the past seven years, putting immense pressure on the city’s infrastructure.

Mafraq lacks the big malls and high-rise buildings of Jordan’s capital, Amman. Along the city’s barely paved streets, small markets jammed next to each other provide people with their basic needs: bread, meat, water, vegetables and simple, unfancy clothes.

Before the refugees came, Mafraq had often suffered power outages. However, after Syrians started to flow into the city in 2011, Mafraq’s residents had to share their city and its electricity with them, and the government struggled to regulate the power supply.

In the winter of 2012, while I was studying for final exams at home in Mafraq, the electricity went off suddenly. Everything went completely dark, even the streets outside the window. Nervous about our final exams, my father called the municipality. After many trials, he got a simple, abrupt answer: “This is what you get with all the Syrians here. Enjoy the darkness for a few days!”

“They are humans. How could I turn them back?”

When Syrian refugees first arrived in Jordan, they stayed at camps like Za’atari, on the outskirts of Mafraq, where international aid organizations provided them with basic life necessities. Over time, many of the men, restless and uncomfortable in the idleness of the camps, left to find work.

As places like Za’atari and the recently completed Azraq refugee camp fill up, more than three quarters of the million Syrian refugees in Jordan live in cities like Mafraq, where they compete with Jordanians for limited jobs.

The influx of job-seeking Syrian refugees here, willing to accept any kind of work or pay, led some small business to fire Jordanian workers and replace them with Syrian refugees, driving up the city’s already high unemployment rate, which increased to 13 percent from 10 percent.

A friend of my father named Mahmoud had been working for 10 years as a driver for a construction company, transporting cinderblocks and iron rebar until he was let go.

“My life is ruined,” Mahmoud said, a few years after Syrians started arriving in the city. “How am I going to feed my hungry children who are awaiting me at home?”

Public health services have also felt the strain in this crowded city with limited resources. In the early years of the war, Syrian refugees filled the city’s two hospitals. Immediately after the Syrian war started in 2011, locals found themselves waiting for rooms, equipment and doctors, or were even told to leave and come back later, like my mother when she went to Mafraq Public Hospital to see a neurologist.

There in the waiting room, overflowing with refugees, a woman wearing a dirty black abaya mumbling to herself in a daze, sat next to an old woman with a child in her lap. The child’s cries fill the room. His legs are injured and his head is bleeding. The tears of the old woman fall onto his face, mingling with his own.

“They are humans. How could I turn them back?” responded King Abdullah to his critics in 2011, citing his morals and principles in his decision to keep Jordan’s borders open to refugees.

“We are not insects.”

At the same time, as the refugee situation grew into a crisis, King Abdullah asked for help from other countries. In 2013, he made a powerful plea to the United Nations. “The region’s fires cannot be ignored,” he said. “The Syrian crisis is a global humanitarian and security disaster.”

With $419 million in aid from the United States and help from UNICEF, a new educational system for refugees in Mafraq allowed Syrian children to resume schooling. Schools in Mafraq adopted a morning-evening system, where Jordanian children went to school from 8:30 am to 1:30 pm, and Syrian children from 2:00 pm to 6:00 pm. The afternoon school had different teachers, employed by UNICEF.

It took Jordanians, especially the students, a long time to adapt to this new system. I was in Seventh Grade when it was established, five years ago. I remember my friends and I would leave at the end of “morning school,” covering our noses and mouths with our hands, avoiding any contact with the Syrian students waiting to enter.

“Are you afraid of us? We are not insects. We’re not going to hurt you,” said one boy to me once, as I walked through the gate. He was wearing his Jordanian school uniform over his own tattered clothes. Anyone would recognize him as Syrian. He was sweating, and although his bag seemed empty, he looked as though he was carrying something heavy on his shoulders.

“We were living together before we were divided.”

With the rest of the money, the Jordanian government has also invested in local economies to create more jobs for Syrians. In my neighborhood in Mafraq, a group of Syrian men run a small new store called Jana for Candy, where they make Syrian sweets and sell them to the neighborhood.

The store is very small, with a kitchen in the back and only a few tables and chairs. Not many people came to the store at first, but with time the delicious treats started to attract customers. The owner of the store, an old man, sits silently next to the register, warmly welcoming all comers. Behind him, a Syrian flag on the wall speaks to his loyalty and love for his country.

Today, with more jobs and better electricity, the city of Mafraq has become calmer. The imams of Mafraq’s mosques have started to address tensions between Jordanians and Syrians, encouraging the former to apply Islamic morals to their dealings with the refugees.

“At the end of the day, we were living together before we were divided,” says Abu Tareq, the army officer. “Syrians are our brothers, and there is always a dawn after the darkest night.”

For a News-Decoder story about the Za’atari refugee camp, accompanied by photographs, you can read an article by Samantha Schmidt, who won the runner-up prize in our inaugural Reporting and Writing Contest in 2016.

Rand Al-Harahsheh has just graduated from King’s Academy in Jordan, where she took a journalism class for a year. She wrote about various issues, including double rooms in high schools and cultural destinations in India. She is interested in debate and math. She spends her free time in the Jordanian Model Parliament.