Russia’s invasion of Ukraine begs questions that most young people have never asked. Here’s how to make sense of the conflict at the heart of Europe. 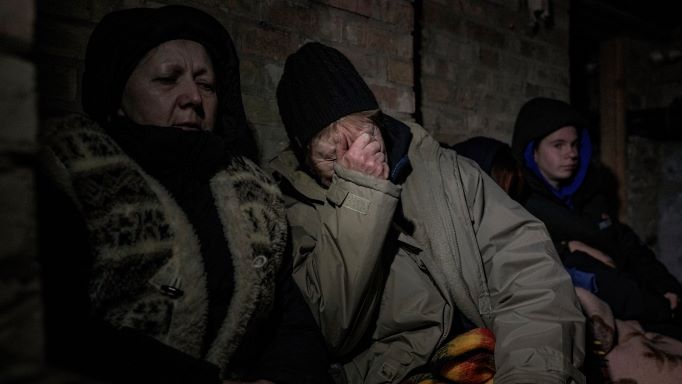 A woman cries in a house crowded with people seeking shelter from Russian airstrikes, outside the capital Kyiv, Ukraine, 2 March 2022. (AP Photo/Vadim Ghirda)

If you find that Instagram, Reddit, Twitter or TikTok fall short in your quest to understand the invasion of Ukraine, navigating social media is a bewildering experience even for people who’ve been studying it for a long time.

No map exists for this moment, yet so much is at stake. Not since World War Two has Europe been more imperiled.

Below are some fundamental issues to think about as you try to make sense of where we are and where we might be going.

Putin threatened in a February 24 speech that anyone standing in the way of his plans for Ukraine would face consequences “such as you have never seen in your entire history.”

When he said two days later that he was putting Russia’s deterrence force on “high alert,” he was referring to one that includes nuclear weapons.

The United States responded by trying to lower tensions, saying it would not change its stance of not sending troops to the fight. But even with his non-nuclear weapons, Putin can cause massive destruction.

Worse, people who study Putin believe the risk of his using nuclear weapons is real. Check out the Bulletin of the Atomic Scientists here, and its historic Doomsday Clock.

HOW CAN I GET RELIABLE UPDATES, HOUR BY HOUR?

My favorite source of news is still Reuters, where I first started working as a foreign correspondent in 1993. At the time of writing, the international news agency is keeping a timeline of events, including military deployments, maps that illustrate the territories of the countries immediately affected and imposition of sanctions against Russia.

WHERE CAN I GO TO DEBUNK MISINFORMATION I SEE ON SOCIAL MEDIA?

Many major news organizations are now in the business of debunking misinformation and disinformation because there is just so much of it and it is so damaging – even without a war.

One great source is snopes.com. Another is Reuters Fact Check.

If you want to learn in more detail about how scientists are studying disinformation, a great place to look is the Observatory on Social Media at Indiana University, where I work. Just following the Twitter feed on the center’s homepage will teach you a lot. You can also try out the center’s tools to learn how to visualize the spread of disinformation for yourself.

WHAT IS THE IMPACT BEYOND UKRAINE?

As in all wars, the biggest impact is on civilians. More than half a million refugees have fled to neighboring countries like Poland, Hungary, Romania and Moldova. You can find updates on the refugee crisis by following Filippo Grandi, the UN High Commissioner for Refugees, on Twitter @FilippoGrandi or here.

One way we know the crisis is having a lasting impact is by looking at groundbreaking decisions being made elsewhere. Germany, for example, has overturned its post-World War Two policy of not sending lethal weapons into warzones.

“We cannot leave Ukraine defenseless against the aggressor who is bringing death and devastation to this country,” Annalena Baerbock, Germany’s foreign minister, said. “If our world is different, then our politics must be different as well.”

The European Union has sent weapons into a conflict zone for the first time in its history.

Switzerland, meanwhile, has dropped its centuries-old stance of neutrality. You can read more about what that meant in this BBC travel article from 2017.

WHAT ARE THE POSSIBLE OUTCOMES?

Putin has shown that if he cannot control the whole of Ukraine, he at least wants to destabilize it. Ukrainian leaders say their future is in a democratic Europe and that they will defend their country from Russian invaders with their lives.

At the time of writing, the 50-km long Russian military convoy reportedly advancing on Kyiv raises the specter of a prolonged and deadly siege. Ukraine is accusing Putin of committing war crimes, and the International Criminal Court’s chief prosecutor said on Monday that it was opening an investigation.

We are experiencing now a kind of world war, involving Europe, the United States and other countries and engaging both the United Nations Security Council and a rare invocation of the UN General Assembly, even if we are very far from the immense loss of life of the World War Two years, devastatingly visualized in this video.

WHAT CAN I DO?

Give money, if you can, to responsible organizations helping refugees on the ground, such as those listed here by Yale historian Tim Snyder. Support and subscribe to news outlets that are providing independent and high-quality information where you live. Take a break from the news from time to time. Hug the ones you love. 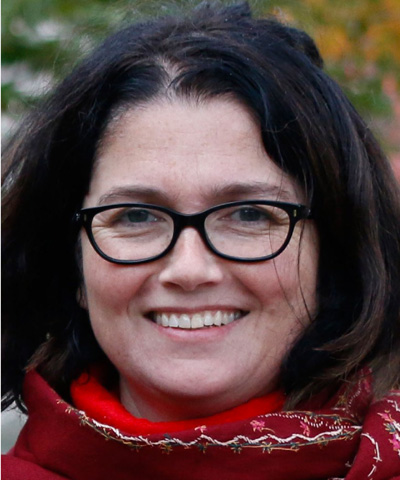