A News Decoder partner has awarded top prizes to news organizations in five countries for innovative reporting on COVID-19 for kids. 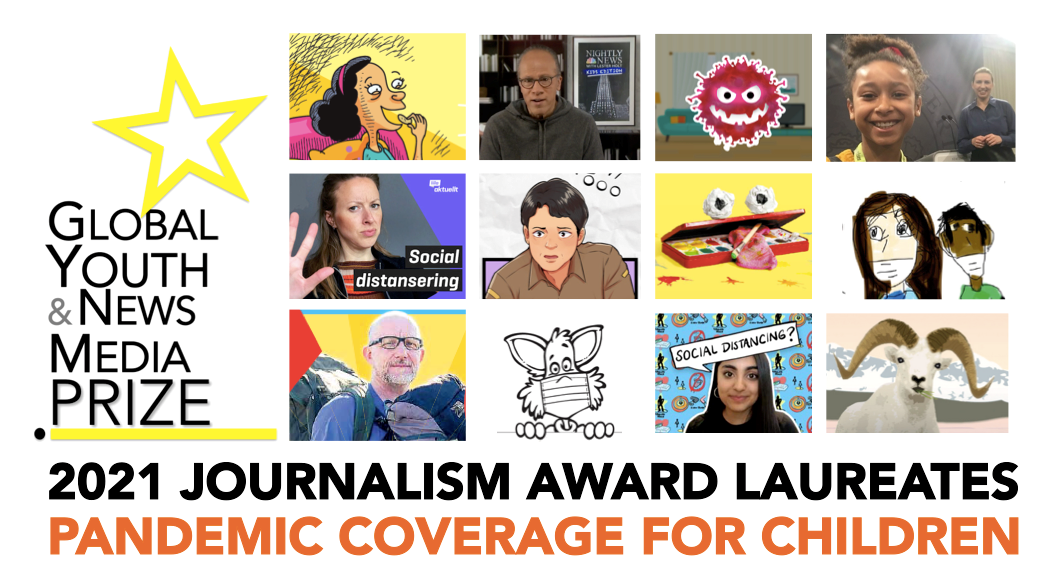 News organizations in Denmark, Germany, Indonesia, Singapore and the United States have won top global reporting prizes for their innovative coverage of COVID-19 aimed at children.

An international jury chose five gold-medal winners of the Global Youth and News Media Prize for pandemic journalism for children, citing their inventive techniques — including dispatching youth reporters to cover the coronavirus, creating a gamified news quiz and initiating a #kidspaintcorona art exhibit.

“We already know that producers of news for children represent the best that journalism has to offer in so many ways,” said Aralynn McMane, director of the prize.

“Amid the uncertainty of a global emergency, these highly trusted sources provided their young audiences with as much clarity and as many solutions as could be had, in accessible formats and with phenomenal audience engagement and interactivity.”

Indonesia’s Kompas.com created a six-episode webtoon and a gamified news quiz to help children understand both the science and social impact of the coronavirus pandemic.

Børneavisen of Denmark used a new app to help it become the children’s voice for that country in the massive media coverage of the pandemic.

Armed with questions from readers, child reporters worked with professional journalists to question people in power. One such reporter landed an exclusive interview with the Danish prime minister.

Die Zeit in Germany launched an art project with the International Museum of Children’s Art in Oslo, Norway, to create a virtual and physical #kidspaintcorona exhibit.

The Little Red Dot, published by the Straits Times in Singapore, empowered readers aged 10 to 12 to help fight misinformation about COVID-19 and increase awareness within their families and communities. The publication used humor and games to encourage children to share positive thoughts and actions.

As part of its coverage in English, French, Spanish and Arabic, News-o-matic of the United States produced more than 500 stories about COVID-19 aimed at children aged 6 to 14.

It featured children all over the world who were making a difference, and it gave junior reporters the chance to interview science and medical experts. Children responded, sending thousands of drawings, questions and comments.

News Decoder has been a partner in the Global Youth & News Media Prize awards since the inaugural version in 2018.

I asked Dr. McMane about some of the lessons from this year’s winning entries:

Q: Many of the laureates made it a point to mention that their coverage was based on questions from children. Why was that important to do?

McMane: Coverage for children about tough topics always makes the most sense when it addresses the real concerns of children rather than guessing what’s important to them based on the journalism one does for adults or, worse, avoiding tough topics as if children weren’t already hearing about them.

These champion news providers made it a point to answer children’s questions about upsetting pandemic news they could not avoid and which was frightening them. And it’s clear many, many questions needed answering. The RTV public broadcaster in Slovenia received 100 questions a day from children. The CBC public broadcaster in Canada expected to answer such questions in one session and ended up doing 25 more segments. Denmark’s Børneavisen weekly and Sweden’s SVT public broadcaster both made use of special apps to collect questions with Børneavisen, bringing one of its junior reporters to the press briefing so she could pose her questions in person. The NBC Nightly News Kids Edition presented the videos children had sent in of themselves asking their questions. Several other laureates made sure children’s questions were posed to authorities, even to the level of a country’s very top official.

Others gave children different kinds of power over the storytelling. For example, First News in the United Kingdom put a fresh twist on the strategy of focusing on helpers by inviting children to nominate “Local Heroes.”

All of these actions show the natural tendency of this kind of journalism to embrace the core element of what we call “solutions” or “constructive” journalism: to look beyond the problems toward the answers. These laureates helped children move from scared, powerless victims to actors taking part in the solution.

Q: How else did they impart important information besides doing straight news stories?

McMane: Gamification played a key role in the coverage. In Indonesia, Kompas.com produced a series that used webtoons and games to help children understand the science of the virus. The Straits Times created a three-part “Choose your Own Adventure” game that taught about the impact of the small choices one makes. SVT’s Lilla Aktuelt made a game of defining the terms children were hearing every day, such as quarantine or social distancing, by creating wacky videos about each term.

Q: Quality news for children has a reputation for supporting their mental health. How did these laureates do that?

McMane: You’re right about their overriding concern for children’s well-being. During the pandemic, as it always does, U.S.-based News-o-matic had a child psychologist check all stories — published in English, Spanish, French and Arabic — before they went live. The Straits Times in Singapore used humor to soften scary messages and subtle cues and nudges to encourage children to share positive thoughts and actions. Kid Scoop in the U.S. produced a coloring and activity booklet that provided children with time away from screens that was both soothing and informative. Canada’s Teaching Kids News decided to give children a total mental health break by publishing funny, heart-warming and general positive news in its “One Good Thing” feature that used art from volunteer children’s book illustrators and made it a point to ask children not to take any action.

These news providers also offered children ways to experience the catharsis of expressing their own feelings and knowing they were heard. Die Zeit Leo in Germany led the most spectacular case of such empowerment. The Leo-Kid’s Page of the weekly newspaper Die Zeit initiated a joint art-project with the International Museum of Children’s Art in Oslo, Norway, to create a virtual and physical global #kidspaintcorona exhibit. More than 5,500 pieces of art from 64 countries were received. The children taking part were between 2 and 18 years old. Some artwork was also printed in Die Zeit and published on Die Zeit Online, as well as in other newspapers and websites worldwide. News organization partners were The Washington Post (U.S.), News-O-Matic (U.S. and France), Joca newspaper (Brazil), Anorak (UK), Le Journal des Enfants (France) andMi Super Diario (Latin America).

Q: What innovation surprised you most from the entries?

McMane: That’s easy. I absolutely loved that CBC had a Canadian 15-year-old, rather than a teacher or parent figure, present the definitions of pandemic-related terms. The brilliance was having someone do the explaining who was close in age to the target audience members yet older enough to provide a coolness factor. 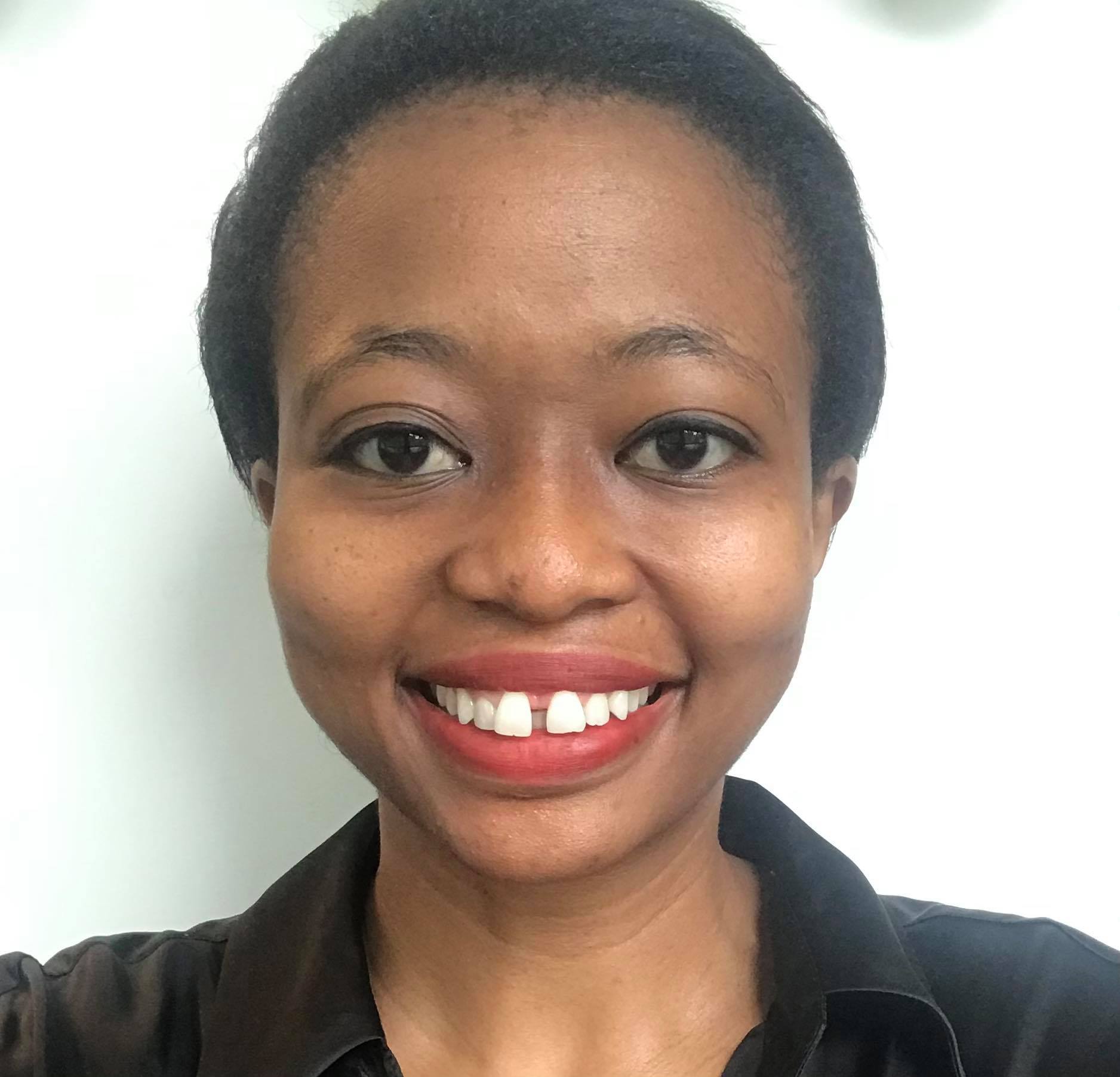 Nolwazi Mjwara is an Associate Communications Officer at the United Nations Educational, Scientific and Cultural Organization in Paris. Previously she worked in social media and communications at the World Association of Newspapers and News Publishers, the Auroville Village Action Group and UNICEF. Mjwara has bachelor degrees from the University of Cape Town and the University of the Witwatersrand, and a master’s from the American University of Paris. A member of News Decoder’s Board of Trustees, Mjwara has worked in journalism at Media24 in South Africa.