It’s complex and costly. A candidate can win without taking most of the popular vote. Here’s an explanation of how the U.S. presidential election works. 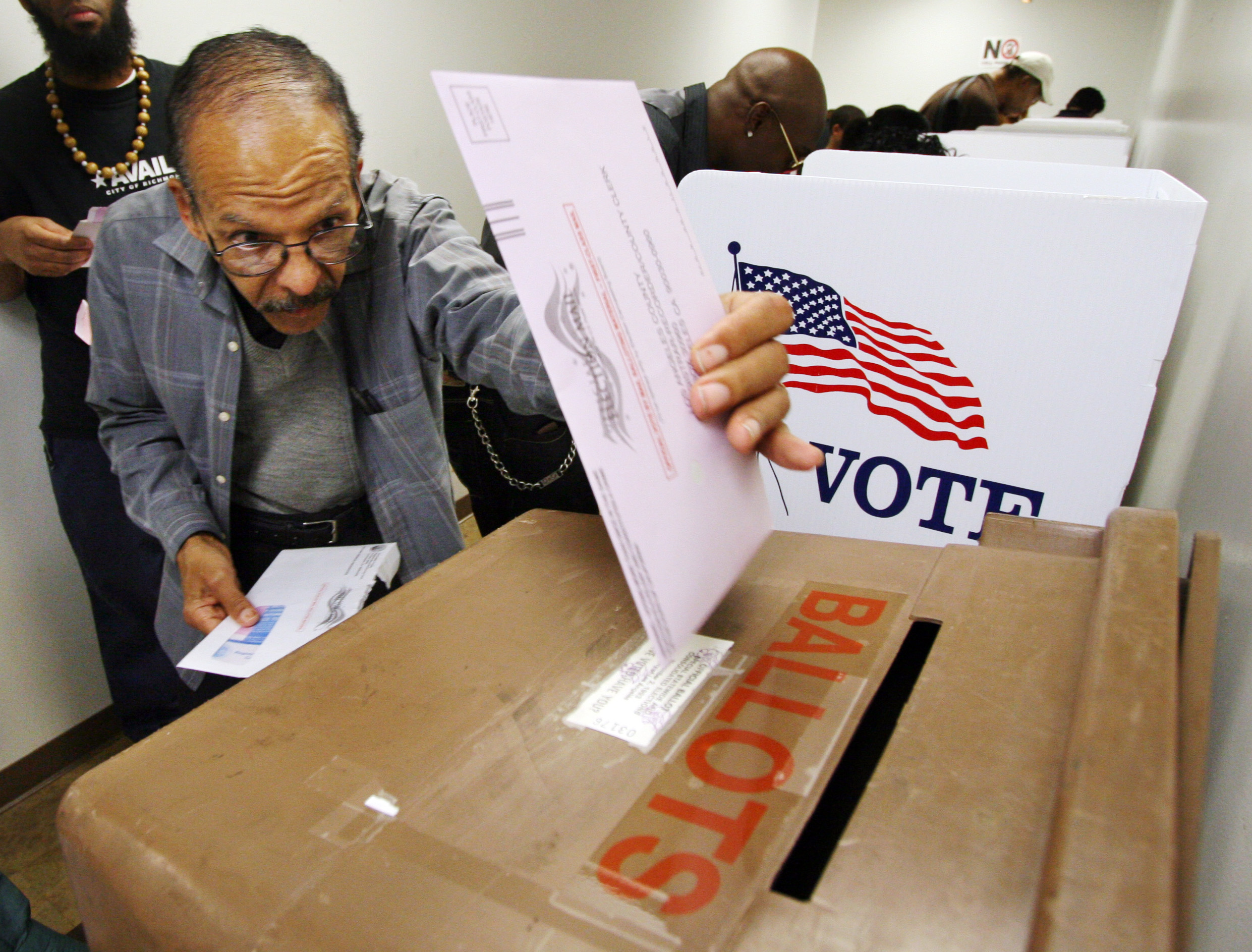 This is the first of two decoders on the 2016 U.S. presidential election.

Consider this: You can win the U.S. presidency without taking the most votes in the nationwide popular vote.

It has happened four times — most recently in 2000 when George W. Bush beat Al Gore even though Gore received over half a million votes more than Bush.

Election of a U.S. president involves a complex system that, like the composition of Congress, balances regional interests with the will of the people.

It has encouraged the emergence of two, predominant political parties that have alternated peacefully in power. But it has also made a few states king-makers, which critics say distorts democracy.

U.S. citizens, native-born or naturalized, who are at least 18 years old are eligible to vote.

A candidate must be a natural-born U.S. citizen, at least 35 years old and a U.S. resident for at least 14 years.

How does the election work?

The presidential election is held every four years. The next one is set for November 8, 2016.

Candidates begin campaigning about two years before the vote. The two major parties — the conservative Republican Party and the more liberal Democratic Party — hold state primaries to select delegates for their national conventions.

The primaries will be held during the first six months of 2016. States with early polls, including Iowa and New Hampshire, will command out-sized media attention.

At the end of the summer, the parties will hold their national conventions when delegates nominate their presidential and vice presidential candidates.

Between September and November 2016, the candidates of the two main parties will tour the country and face off in televised debates.

The popular vote takes place on the first Tuesday of November. Voters in the 50 states and the District of Columbia actually choose “electors,” who pledge to support a particular candidate. The number of electors for each state is based on its representation in Congress.

Here is an important twist in the U.S. system: in all except two states, all of the electors go to the candidate who wins the most votes. In this “winner-takes-all” system, the number of electors a candidate wins is not necessarily in proportion to the votes they won in the popular count.

In media coverage you will hear about “red states” and “blue states.” States that go to the Republican candidate are called red. Blue states vote Democratic.

Some states such as Ohio, Florida and Colorado can go either way and are called “swing states.” Candidates focus on these states, spending large amounts of money in advertising and organizing rallies. Critics say this distorts the democratic process.

In the second stage, the Electoral College chooses the president in a vote held in mid-December. Because an elector is generally bound to vote for the candidate who won their state’s popular vote, the Electoral vote is usually a formality.

If a candidate fails to win a majority of the electoral vote, the House of Representatives chooses among the three leading candidates. This has happened only once, in 1824.

Finance: Presidential candidates spend huge amounts of money to run — up to a projected $5 billion in the 2016 campaign. A 2010 Supreme Court ruling banning limits on some donations has fueled calls for caps and new ways to finance campaigns.

Electoral College: Some would scrap the College because it does not necessarily reflect the popular vote. Defenders say the College protects the nation’s federal character and promotes a stable, two-party system.

Another reform would target the two-party system by introducing a preferential voting system.

Next decoder: a summary of the candidates and the issues for 2016.

(For a related story, check out this News Decoder piece on driving up youth voter turnout.)