The term “woke” is caught up in America’s divisive culture wars. Will citizens in other nations adopt the notion describing those alert to social injustice? 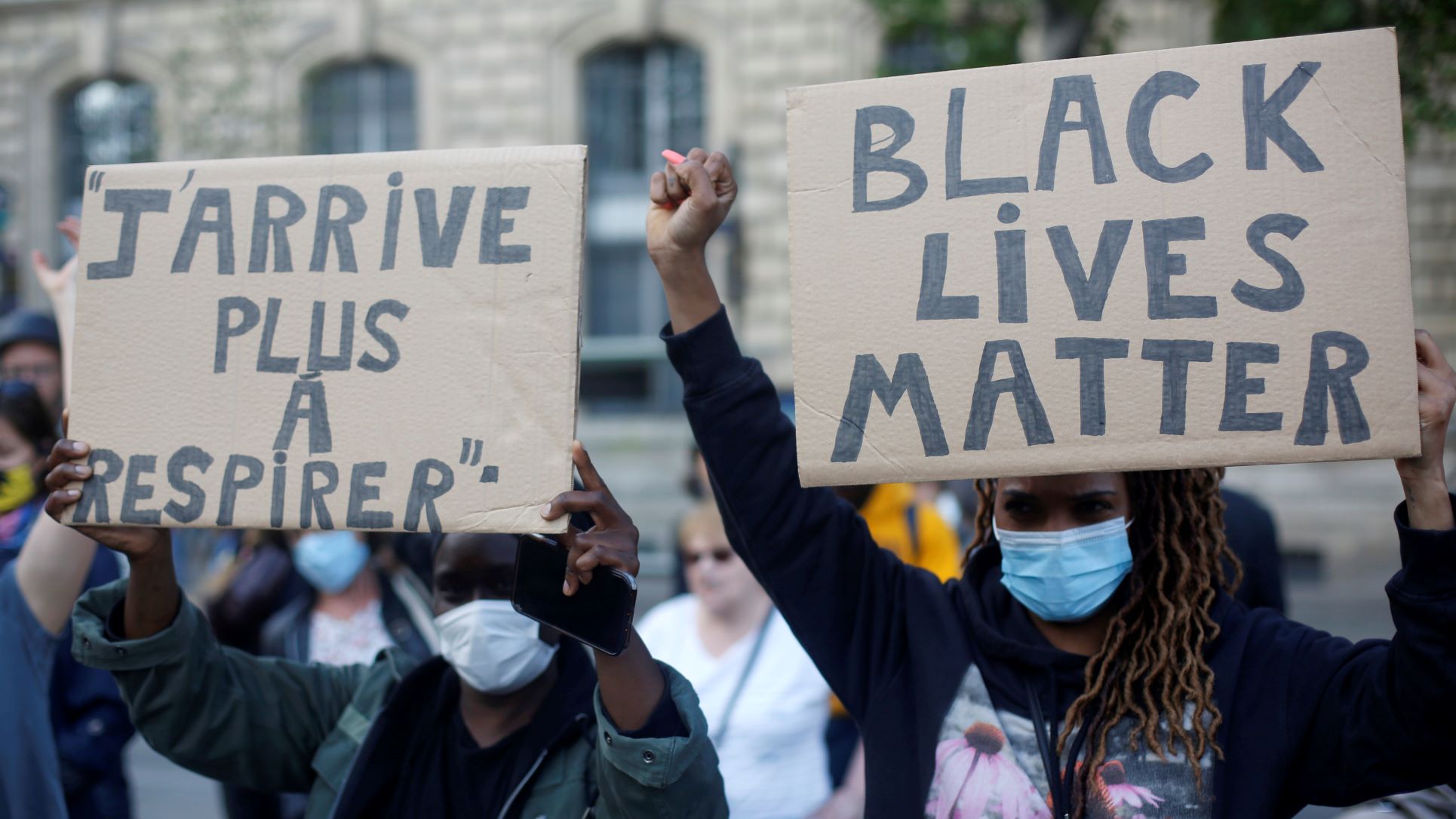 A demonstrator holds a placard reading “I can’t breathe,” left, during a rally against racism in Paris, France, 9 June 2020. (AP Photo/Thibault Camus)

When two of the most important dictionaries of the English language added the word “woke” in 2017, their definitions were similar and unambiguous.

And here is America’s Merriam-Webster on “woke”: “aware of and actively attentive to important facts and issues (especially issues of racial and social justice).”

But even before their recognition as part of the mainstream English lexicon, the terms “woke,” “wokeism” or “wokeness” were turning into weapons in America’s perennial culture wars — as well as a cultural export which has failed, so far, to gain the universal acceptance of previous items on the export list.

“One question raised by the woke movement, though hardly ever asked, is whether the U.S. will be able to deploy this new intellectual tool for exporting American cultural influence,” said Tyler Cowan, an economics professor at Virginia’s George Mason University.

‘Woke’ has close links to the Black Lives Matter movement.

There is reason to doubt this. John Gray, an English political philosopher, has described wokeism as “a singularly American world view. That is why it has become a powerful force only in countries (such as Britain) heavily exposed to American culture wars. In much of the world — Asian and Islamic societies and large parts of Europe, for example — the woke movement is marginal.”

Seeing wokeism as a movement derives from its close links to Black Lives Matter, the grassroots protest movement that grew from the 2013 killing of an unarmed American Black teenager by a white vigilante.

A year later, another killing of a Black man, Michael Brown, by a white police officer in Ferguson, Missouri, sparked weeks of protests and at times violent riots. The hashtag #staywoke became the watchword of Black Lives Matter activists and proliferated on social media.

The Ferguson protests spread to a string of cities across America, from Maine to California, but stayed within U.S. borders. Six years later, another killing of an unarmed Black man by a white police officer triggered massive demonstrations not only in the United States but in at least 40 countries around the world.

The shocking videographed death of George Floyd as Minneapolis police officer Derek Chauvin knelt on his neck for more than nine minutes prompted debates around the world on racial injustice and its roots in colonialism and slavery.

That is why in Britain, woke citizens toppled the statue of Edward Colston, a 17th-century slave trader, into Bristol Harbour. In Belgium, statues of King Leopold II, whose brutal colonial rule over the Congo led to the death of millions, were defaced in several cities. Authorities removed them from public squares.

‘Woke’ is caught up in America’s culture wars.

In the United States, conservatives have long held dim views on social justice protests, and in the four years of the administration of former President Donald Trump, “woke” morphed from its dictionary definition into an all-encompassing un-American ideology.

In his last speech before leaving office, Trump’s secretary of State, Mike Pompeo, said that “woke-ism, multiculturalism, all the –isms – they are not who America is. They distort what our country is all about.”

The way right-wing Republican (and some Democrats) define “woke” connotes the opposite of what it means – and tends to be used as an insult, conflated with “cancel culture,” a practice that grew from a number of universities that bowed to demands from student activists to stifle views that conflict with their world views.

For example: In 2014, Smith College, an elite liberal arts school in Massachusetts, invited Christine Lagarde, then head of the International Monetary Fund, to give the commencement speech. Student activists launched a social media campaign condemning her for being part of “imperialist and patriarchal systems.” Lagarde withdrew.

Condoleezza Rice, secretary of State in the administration of former President George W. Bush, had a similar experience at Rutgers University in New Jersey. After complaints about her role in the Iraq war, she withdrew as commencement speaker.

For critics, such incidents highlight wokeism as an ideology of censorship and intolerance. In contrast, woke Americans see themselves as promoters of the right of minorities, from people of colour and immigrants to the LBGTQ and transgender communities.

Will other countries resist identity politics associated with ‘woke’?

While U.S. President Joe Biden and senior members of his administration have largely stayed away from controversies over wokeism, they have been followed with close attention and growing alarm by government leaders in France, a country long wary of intellectual invasions from the “Anglosphere.”

In October, the French government established a Laboratory of the Republic, in essence an anti-woke think tank. In a speech at the official opening, Education Minister Jean-Michel Blanquer described the laboratory’s aim as defending “humanism and universalism” against wokism, French news agency AFP reported.

Universalism as defined in France is the notion that everyone should be treated the same in a colour-blind republic. In contrast, wokeism emphasizes race and identity.

The new Laboratory of the Republic brings to mind past attempts to ward off American cultural influences — with mixed success.

Take the term Coca-Colonisation, which was coined in France after World War Two to denote an unwanted globalization of American culture. The word gained wide currency during the Cold War, adopted by leftists in the West as well as in countries on the Communist side of the ideological divide.

Today, according to beverage industry statistics, Coca-Cola is the most popular soft drink in France.