Decoder: What was the Soviet Union? Why does Putin miss it?

Russian President Vladimir Putin has said the fall of the Soviet Union was a catastrophe. What was the USSR, and what does Putin really want? 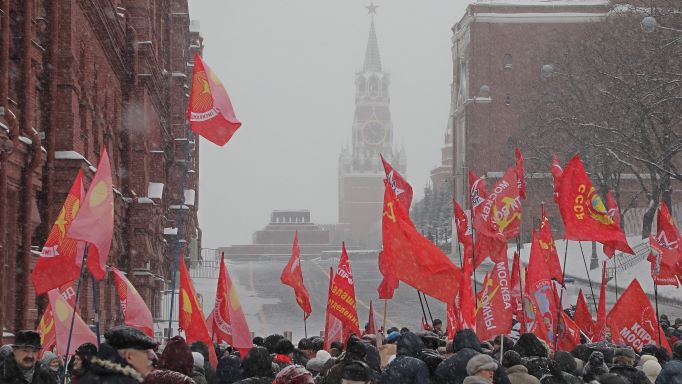 “The demise of the Soviet Union was the greatest geopolitical catastrophe of the century,” according to Vladimir Putin, who has now run post-Soviet Russia for more than 20 years.

The statement, made in a 2005 address to the nation, is often quoted to bolster arguments that Putin’s ambition is to restore the 20th-century union of 15 republics or even the Tsarist Russian empire that preceded it.

So what was the Soviet Union — by its full name, the Union of Soviet Socialist Republics (USSR) — and why should Putin regret its passing in 1991?

The Soviet Union was the world’s largest country by land size.

The union was founded in 1922 after the Russian Revolution of 1917 had overturned centuries of tsarist rule. The creation of the Soviet Union came after a bloody civil war as ‘White’ Russians, backed for a while by the main European powers and the United States, set out to restore the monarchy.

The union at first consisted of 12 republics. The largest was Russia itself, followed by two other Slav republics, Ukraine and Belarus, then Moldova, three in the Caucasus — Armenia, Azerbaijan and Georgia — and Kazakhstan and four other Central Asia countries. The three Baltic States, Estonia, Latvia and Lithuania, were annexed  in 1940.

At the time of the collapse of communism in 1991 and the break-up into 15 independent countries, the overall population of the Soviet Union was 286,730,819, according to the 1989 census. This made it the world’s third most populous country after China and India. Russia alone accounted for 147,400,537. In terms of geographical size, the Soviet Union was the world’s biggest, covering 22.4 million square kilometres.

One of the prime movers behind the break-up of the Soviet Union was a Russian — Boris Yeltsin, Russia’s first post-Soviet president and Putin’s predecessor. Together with the Soviet leaders of Ukraine, Kazakhstan and Belarus, Yeltsin set up the Commonwealth of Independent States to replace the old union in December 1991.

The upheaval meant that Russia, which various regimes had for centuries sought to protect by surrounding it with buffer states on its borders, was to have independent foreign countries as direct neighbours for the first time.

The three Baltic States had been allowed to secede three months earlier under the last communist leader of the union, Mikhail Gorbachev, whose reforms of many aspects of Soviet life under “perestroika” — rebuilding — had led to public effervescence and the disintegration of the system.

While ruthless, the Soviet system had some positive features.

The words “Soviet Union” in foreign minds tend to conjure up a vision of a huge, grey and even inhuman monolithic state where independent thought and beliefs were crushed by an iron-fisted regime that was responsible for the deaths of tens of millions of its own citizens.

All of that is true, but it is not the whole picture. The Soviet system had some positive features even if, as many argue, they could never make up for the worst excesses.

The revolution itself, as revolutions often are, was a bloody affair. No accurate figures are available, but the number of people killed in the early years is estimated to run into several million as landowners were stripped of their property and revolutionaries sought revenge.

The most high-profile victims were Tsar Nicolai II, his wife Alexandra and their five children, who were shot or bayoneted to death in the city of Yekaterinburg in July 1918.

The revolution, starting in February 1917, with a Bolshevik, or communist, takeover eight months later, shook a country that was startlingly under-developed. Only 56 years before, serfdom had been abolished, ending a feudal system dating back to the 12th century. Some 23 million peasants suddenly gained their freedom from the landowners they served. Most were illiterate.

That was to change under the advent of free schooling for all, supervised by a Bolshevik revolutionary, Anatoly Lunacharsky, who is now credited with setting up a highly efficient school system that is still the basis for education throughout the former Soviet Union. Within a few years, Soviet society was one of the world’s most literate.

In parallel, medicine became cost-free, and the post-World War Two decisions to follow suit in many western European countries are sometimes cited as being motivated by a desire to ensure that communism did not spread beyond Soviet-controlled eastern Europe.

On the very long list of what was wrong with the Soviet Union, the repression of the domestic population under the all-seeing eye of the secret police, starting with the post-revolutionary Cheka, morphing into the pre-war NKVD and, later, the KGB, surely deserves pride of place.

Untold millions were executed or died in labour camps spread across the country in the 1930s purges under Josef Stalin, who seized power after the death of the revolution’s leader, Vladimir Lenin, and who ruled until his death in 1953. The repression often targeted the Soviet elite.

Take the case of General Ion Yakir, a Jewish member of the Communist Party Central Committee. Along with seven other army commanders, he was shot in 1937 for alleged treason.

Yakir had studied mechanised warfare at a military academy in Berlin in the 1920s. His knowledge of German military thinking would have been most useful had he survived to fight in World War Two after Nazi Germany invaded the Soviet Union in 1941.

Adding to the cruelty inflicted on Yakir himself, his wife and 14-year-old son, Pyotr, were sent to labour camps, where the younger Yakir was to stay for nearly 20 years until Nikita Khrushchev denounced Stalin’s crimes in 1956.

The German invasion of the Soviet Union was a turning point in the war, and fighting on the eastern front was a decisive element leading to the Allies’ final victory.

After the war, Soviet successes included putting the first man, Yuri Gagarin, into space in 1961, beating the United States in the race towards manned flight outside the Earth’s orbit.

On the minus side, the Soviet Union, which had negotiated post-war control of eastern European satellites such as Poland and Czechoslovakia and the eastern part of defeated Germany, remained a brutal society both externally and internally.

Soviet-led forces invaded Hungary in 1956 and Czechoslovakia in 1968 to put down reform movements. The last major foreign adventure, the invasion of Afghanistan in 1979, was one of the factors leading to the final disintegration of the union a decade later.

It was a society riddled with suspicion, with KGB informers denouncing neighbours or fellow students or workmates, often ruining lives. Censorship was the norm, with so-called “Socialist Realism” dominating the arts. This meant that novels and plays had to contain a positive message.

One of the perverse results of this was that in Pyotr Tchaikovsky’s best-known ballet, “Swan Lake,” the swan was no longer allowed to die at the end of the performance, for this would have sent a negative signal. This persisted into the 1980s when Gorbachev came to power.

Today, with new controls on the media, including the closure of the last independent radio and television channel, there is little doubt which aspects of the Soviet Union Putin — himself a KGB officer until the fall of communism – regrets: the buffer states protecting Russia from the outside world and the clampdown on dissent.

But, as Oleksandr Moroz, the last speaker of the communist Ukrainian parliament and  founder of the republic’s post-independence Socialist Party, said in the early 1990s: “He who does not regret the end of the Soviet Union has no heart; he who wants it revived has no head.” 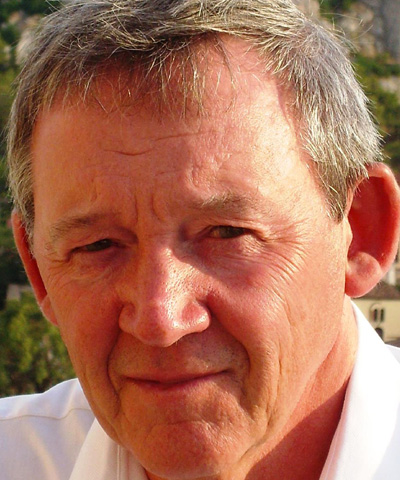