News-Decoder has pulled together a dozen articles that showcase authors of all ages tackling complex issues with impartiality and fairness. 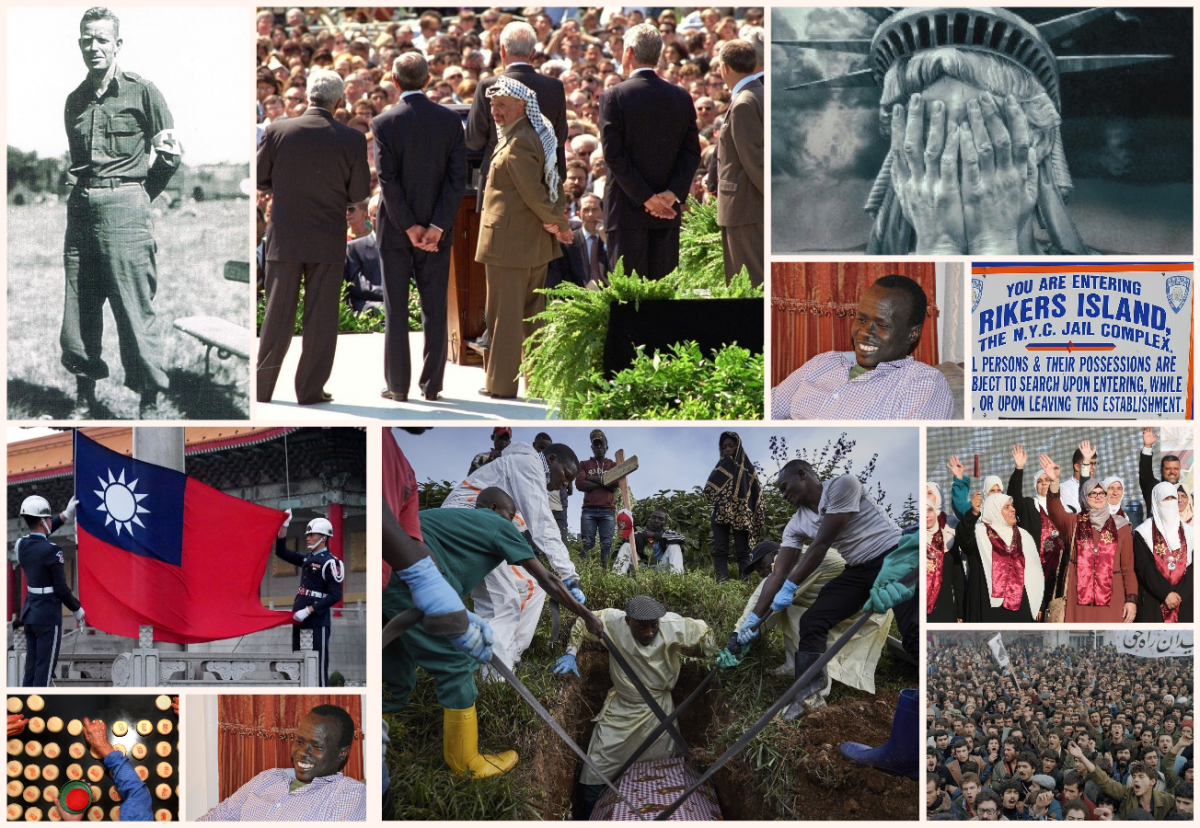 A good cookbook extends your horizons by mixing familiar and novel ingredients, sprinkling a dash of spice and transporting your palate — and at times your imagination — to places it has never been.

We have pulled together a selection of 12 articles from the past year. Like a compilation of recipes, these stories capture different styles of authors young and old. While varied, the fare yields common themes: human rights, identity in a globalized world, the stubbornness of geopolitics.

Our selection includes even-handed “decoders” by our experienced correspondents, reporting by students at our partner schools and personal reflections by both categories of contributors.

Take Tom Heneghan’s decoder on terrorism. Is there a modern word more easily manipulated by politicians, or that poses a bigger linguistic trap for the uninformed?

“One man’s terrorist is another man’s freedom fighter,” Heneghan writes. He then notes that Nelson Mandela and Yasser Arafat were both tagged terrorists by their adversaries, before and after winning the Nobel Peace Prize.

Likewise, Alistair Lyon looks at long-fraught U.S.-Iranian relations from both sides. Lyon compares the adversaries to porcupines that, out of mutual respect, would normally avoid tangling with each other. But under the countries’ two current leaders, no such guarantee can be assured.

There is nothing fake about this vaccine decoder.

David Schlesinger navigates through the diplomatically treacherous Taiwan Strait with his decoder on why “a little island of just 24 million people could be at the center of so many difficult questions!”

The current White House occupant may decry fake news, but there is nothing fake in Maggie Fox’s decoder explaining why vaccines, the target of many conspiracy theories, are so important. “It comes down to one answer: They save lives.”

Student Raghda Obeidat of King’s Academy in Jordan addresses the issue of women’s rights in Islam and concludes that many Westerners have misconceptions about Middle Eastern women, who she claims are anything but powerless. Several readers took issue with Obeidat’s bold conclusions and sent in critical comments. This is part of the discussion that News-Decoder wants to foster.

Likewise in Thabang Matona’s piece on Africa’s colonial history, Western nations come in for criticism. Matona, a student at African Leadership Academy, acknowledges that the continent struggles with corruption, governance and civil wars. But “many of our issues are rooted in African’s colonial past,” he concludes.

William Mulloy of Indiana University speaks to three Sudanese men who immigrated to the United States. “These three Sudanese refugees left their homes decades ago, fled from militias, crossed borders on foot and hid their religious identities for years while searching for a safer spot to rest their heads at night. Ultimately, that safer place ended up being Louisville, Kentucky.”

Malik Figaro and Aryanna Qusba of Friends Seminary examine the U.S. criminal justice system through the eyes of a prisoner’s brother. “I felt the emptiness in my room when I got home every day from school and he wasn’t there. He was the person who woke me up, and so that … made me wake up every day and think, ‘Wow, my brother’s in jail. I can’t imagine what he’s going through right now.’”

News-Decoder aims to help young people better understand the world around them. Because the quest for knowledge starts with oneself, little wonder many of our teenage contributors address issues of identity.

Gilda Temaj Marroquin, a delegate of the International Congress of Youth Voices, recounts her own path from a small village in Guatemala to the University of California Berkeley and the myriad challenges along the way — challenges that would be familiar to many immigrants coming to the United States.

Elizabeth Wachtel of School Year Abroad gains insight into herself, not while at home in New York, but while overseas in France. “It took me 16 years to see the New York City bubble I have lived in,” she writes. Like many young people, Wachtel realizes that self-discovery often starts away from home.

Still hungry for discovery after covering six U.S. presidents, correspondent Gene Gibbons retraces the steps of an uncle who exhibited “extraordinary heroism” while landing in Normandy with Allied forces in June 1944. “It was a powerful, deeply moving experience,” writes Gibbons.