Being stateless means being condemned to the margins

Millions of people around the world are stateless, with no rights and condemned to living in the shadows, on the margins of society. 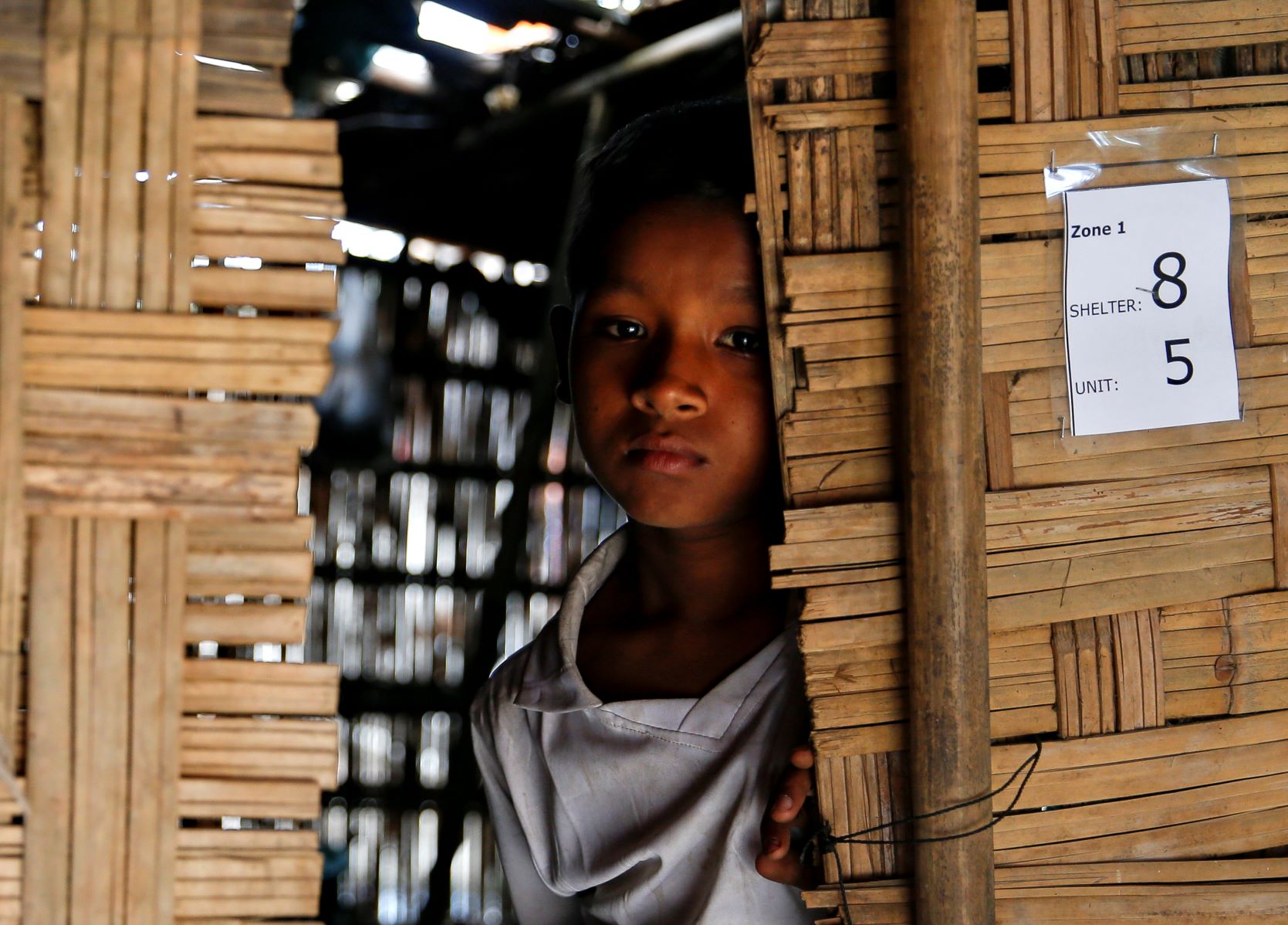 A Muslim Rohingya boy inside a shelter at an internally displaced person camp near the capital of Sittwe, Myanmar, 9 March 2017 (EPA/LYNN BO BO)

B’s story was like a movie where the hero is trapped in a nightmare. In his sixties, not far from retirement, he was going happily about his life when he woke up one morning to find himself stateless. For 40 years, he had worked hard, paid taxes and never got into trouble, and now this.

How on earth could he suddenly be stateless?

It was frighteningly easy. In my work for a humanitarian organization, I have discovered the many ways people can become stateless and what falling into that trap means. I cannot name the stateless people I met, but I can tell their stories.

If you have always had the privilege of a passport, you may never have considered how statelessness blights a person’s life.

A stateless person is condemned to live in the shadows.

To be stateless is to be nobody, a nothing, with no rights, invisible to society. If you don’t have ID, you can’t go to school, see a doctor, get a job, travel, marry or do any of the things citizens take for granted.

Many of Europe’s stateless are in the Balkans. Of those, a large proportion are Roma people, living outside the system. The collapse of states, such as the Soviet Union and the Socialist Federal Republic of Yugoslavia, can lead to former citizens becoming stateless.

But none of those factors applied in B’s case. Rather, it seems he was the victim of a bureaucrat who took a dislike to him.

B was a taxi driver in the Croatian capital of Zagreb. He was born in Bosnia and Herzegovina and carried a B&H passport, but he had lived for decades in Croatia, where he had the right of permanent residence.

His nightmare of statelessness began after he tried to buy the municipal flat he was renting. To do this, he had to be a Croatian citizen. He could only get a Croatian passport if he renounced his B&H citizenship. He was assured there would be no problem, so he went ahead and did it. He was not expecting what happened next.

“I went to the office and was asked to meet an intelligence officer,” B said. “This man didn’t introduce himself, and he was rude. He asked me questions I had answered a hundred times before – why was I in Croatia? And he made insinuations about my private life. I told him that was none of his business. A month later, I got a rejection.”

The letter from the Interior Ministry said B “met all the requirements under the law” but at the same time there was a “discretionary assessment” that for “reasons in the interests of the Republic of Croatia” he should be denied citizenship.

The letter was issued when it was too late for B to recover his B&H citizenship. He appealed to the courts but did not live to see his case resolved. Statelessness may not have caused his death, but I am sure the stress did nothing to improve his health.

Disenfranchised and living on the margins

Other cases I have seen were more classic. T was stateless in Poland because she had arrived on an old Soviet passport and never managed to get a new Russian one. Kosovo-born Croatia resident H was stateless because authorities decided he was Albanian, even though he had never been to Albania in his life.

Marginalized and disenfranchised, they both lived in dire poverty. It was only thanks to the mercy of the Catholic Church that T was not homeless. As for H, he lived in a shack, dependent on the kindness of neighbors who gave him food and let him tap into their electricity supply.

Eventually a court recognized H had a valid case, and he got a Croatian passport and all the rights that went with it. Belatedly, T became a Polish citizen and was able to vote for the first time in her life at the age of 69.

Human stories lie behind the dry legalities of statelessness. In Osijek, Croatia, I found out why Roma people in particular are afflicted by this problem. BD was surprisingly open in telling me her story and it all boiled down to how babies are born.

BD said she had been comfortable giving birth at home in her caravan. The old Roma midwives used to say that if the baby suckled within the first hour, it was fine and there was no need to go to hospital. She had four of her seven children this way. Only later did she understand their not having birth certificates left them stateless.

How could BD have known? She was herself born in a caravan, unregistered. But over the years, it began to sink in what being stateless meant. She had no education, and with even cleaning jobs out of her reach, she was often reduced to begging.

At least her children — six girls and one boy, aged nine to 19 — had the hope of a better future. Making them official had been a headache, as the four older children without birth certificates had to have DNA tests to prove their parentage before they could become Croatian citizens.

But the younger ones were all in school, and their mother could see their school reports. “I may not be able to read, but I can count,” she laughed, pointing to the good grades next to her children’s names.

The eldest daughter was about to give birth. “I shall make sure the baby is properly registered,” said BD, “so the child never goes through all the problems I have had.”

← Want to take news photos? Then always be prepared. Can a school punish a student for online speech off campus? →