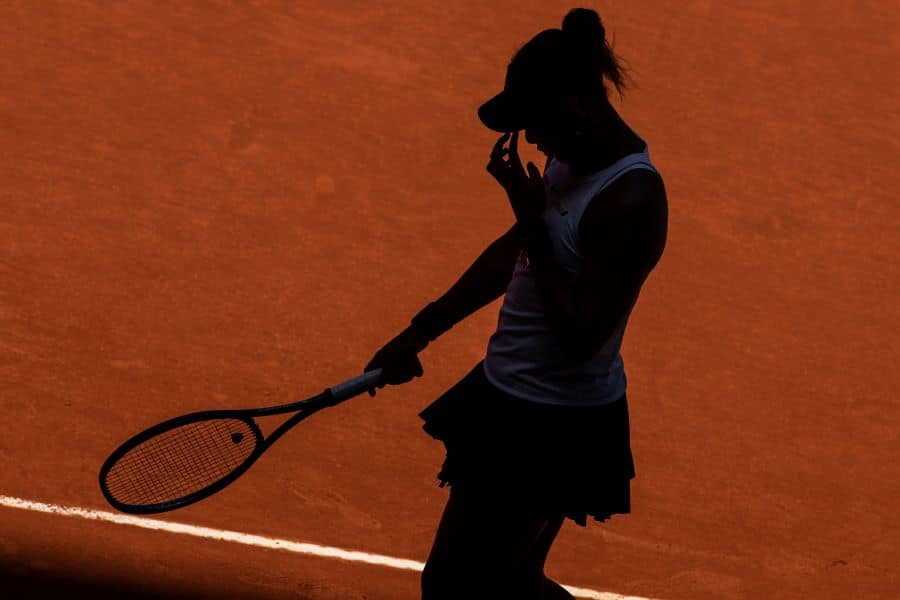 Tennis pros can leverage social media to win lucrative endorsements. But they can also be the target of abuse that threatens their mental health. Naomi Osaka reacts after missing a point during a tennis match in Madrid, Spain, 9 May 2019. (AP Photo/Bernat Armangue)...

Social media platforms, not mainstream outlets, shape how many young people see the world. Naomi Osaka, one of the world’s best and most recognizable tennis players, has skillfully leveraged social media to build a sizable and loyal fan base. When she snubbed the mainstream media at the 2021 French Open, many of her followers glimpsed only a vulnerable young woman, harassed and persecuted by the mainstream media. Rachel Roth of The Hewitt School has provided a more nuanced look at Osaka’s relationship with the press, which has both hounded and enriched her. Roth interviewed former top tennis pro Patrick McEnroe and a Columbia University professor to produce a well-rounded account of Osaka’s rocky rapport with journalists.

Exercise: Ask your students to choose a social media star from entertainment or sport and look at how the image of themselves that they cultivate on social media compares with coverage in mainstream media.