You’re young and wonder where you’re headed? Find a mentor.

Many young people don’t know what they want to study or what career to choose. Giuliana Nicolucci-Altman’s advice? Find a mentor to inspire you. 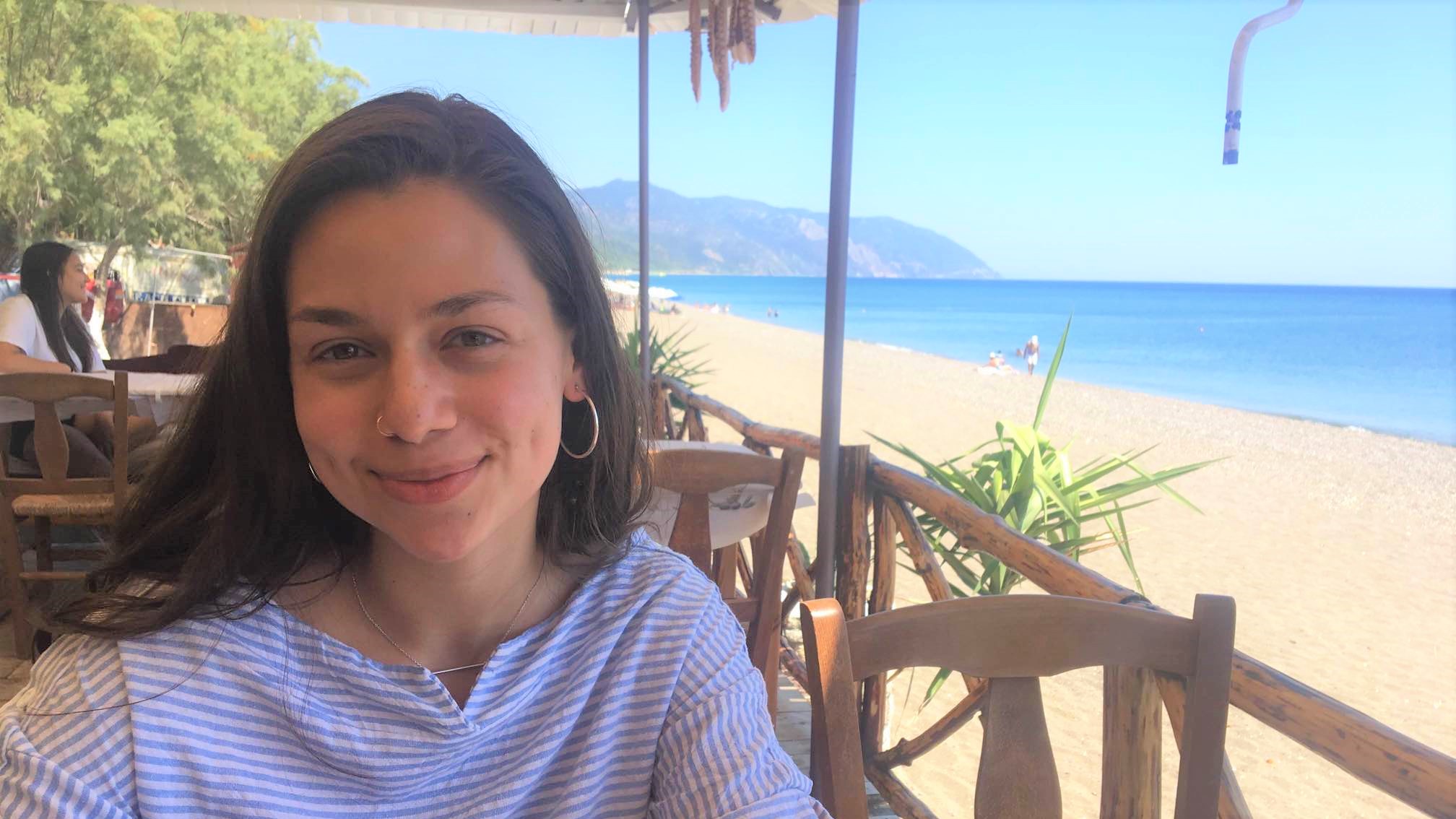 During high school, like so many young students, Giuliana Nicolucci-Altman didn’t quite know what she wanted to study at university or what type of career she might eventually choose.

She thought she was interested primarily in science. But then she took a class in international politics that changed her life.

She ended up spending a year of high school studying with School Year Abroad France, a News Decoder partner school, and wrote about her participation in a Model UN conference in Geneva, where she represented Denmark. She returned to her native United States to finish high school and to attend Johns Hopkins University, where she earned a bachelor’s degree in International Studies and Sociology.

A young person can be inspired by a mentor.

Now she’s back overseas, studying for a master’s in Human Rights and Humanitarian Action at the Paris Institute of Political Studies, better known as Sciences Po.

She has studied Arabic in Morocco and Israel, volunteered in a refugee camp in Greece and interned with Relief International, a humanitarian non-profit that provides emergency relief, economic rehabilitation, development assistance and programme services to vulnerable communities worldwide.

That’s a good many accomplishments in a short time span. But when you’re inspired by mentors as Nicolucci-Altman was and you’re young, that’s what can happen.

Her advice to high school students who are unsure of what they want to do?

“If you don’t know what you want to do, that’s OK, but try and find mentors. Try and surround yourself with people who inspire you, regardless of what area that’s in, because those people can allow you to find that thing that you’re really interested in.”

Both of Nicolucci-Altman’s parents immigrated to the United States, so she has international DNA, but she acknowledged that it’s not always easy for a high school student to pick up stakes and go overseas to study. For her, it was difficult at first putting so much distance between herself and her family.

Still, she said, the benefits of studying overseas can be great.

“And that creates a lot of opportunities for self discovery and learning new passions and maybe new directions that you want to take in your life. That insight that you get from putting yourself in a completely unfamiliar situation — about not only the world around you but about your own self and who you will grow up to be — is pretty pretty priceless, in my opinion.”

Bitten by the ‘international bug’

Nicolucci-Altman said that when she first lived overseas during her high school year studying in France, she realized she was not as independent as she thought.

“But that forced me to grow up really quickly, and I noticed that when I left for college, a lot of my friends were struggling. I had already gone through the motions, and I knew what it was like to to depend on myself.”

She felt she had gained a “superpower” when she became fluent in French after six months. She also speaks Arabic, English, Portuguese and Spanish.

This fall she will be working as a junior research associate for an environmental sustainability consulting group, helping it prepare for a major international conference.

What would she like to do when she finishes her master’s in 2022?

“I’m interested in the not-for-profit world. I’m also interested in potentially going into the private sector and looking at the different possibilities in humanitarianism and philanthropy,” she said.

But clearly she’s been bitten by the “international bug,” because she’d like to work in Paris, whether for an international institution or a small, community-based organization.

“I can’t be super picky, fresh out of school, so I’m looking forward to working potentially in refugee humanitarianism and resettlement,” she said. “If I’m particularly taken by human rights advocacy and want to become a human rights lawyer, I might go to law school later on. Although I want to take a couple years to work, to get some experience under my belt.”