Donald Trump has denounced free trade. But protectionism will not solve America’s problems and could contribute to the breakup of the EU. 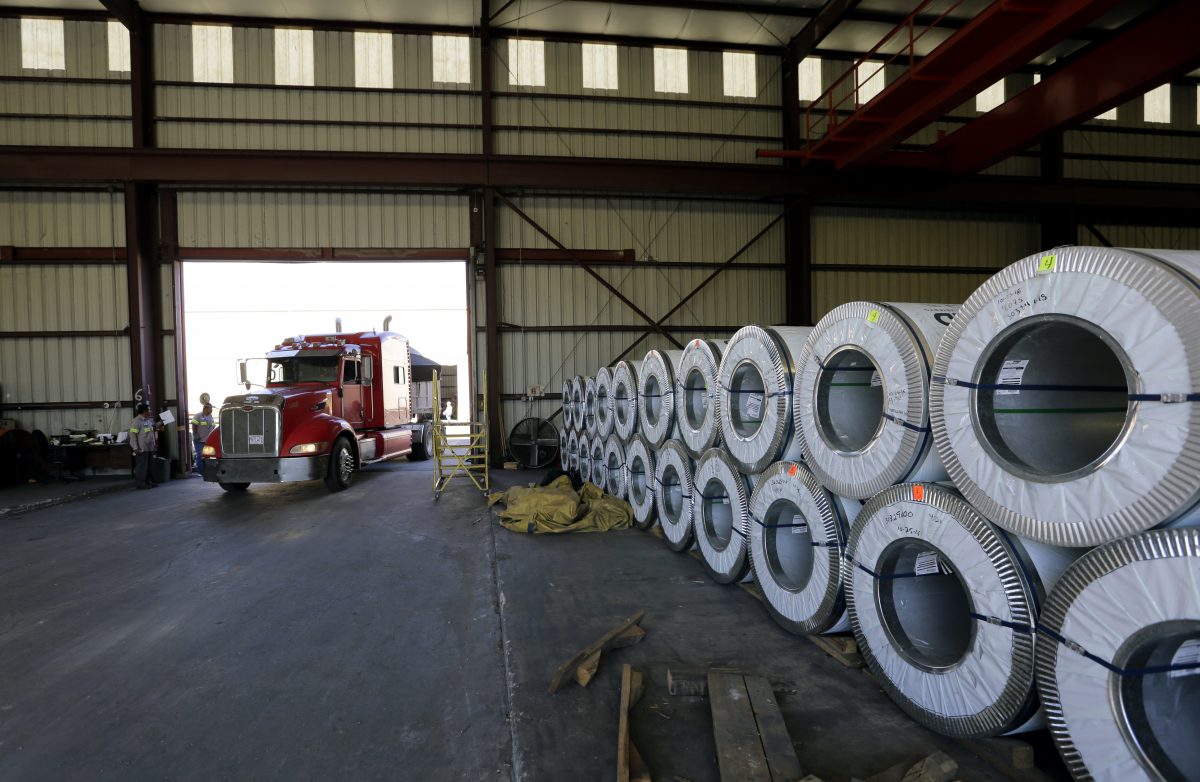 A truck pulls into a warehouse in Laredo, Texas. Donald Trump’s campaign promise to abandon the North American Free Trade Agreement helped win over Rust Belt voters who felt left behind by globalization. But some U.S. border cities like Laredo have thrived under the trade pact. (AP Photo/Eric Gay)

World trade has been sluggish since the 2008 financial crisis and will probably continue to sputter amid political uncertainty in many parts of the globe, according to a recent report by the World Bank.

What does the debate over the merits and demerits of globalization mean for the future of multilateral trade? Will the policies of U.S. President Donald Trump, Brexit and failed multilateral trade agreements usher in a new age of protectionism? Or will the protectionist rhetoric quickly dissipate?

Finally, will global trade shift to emerging markets and East Asia in the face of Western protectionist pressures?

Donald Trump all but declared war on free trade during his presidential campaign.

On the stump in Pennsylvania last June, Trump called the North American Free Trade Agreement (NAFTA) between the United States, Canada and Mexico “the worst trade deal in the history.” And he said China’s entrance into the World Trade Organization (WTO) had led to “the greatest jobs theft in history.”

Trump promised to bring manufacturing jobs back to the United States by erecting protectionist trade barriers, a pledge that helped the billionaire win over former Democratic states in the Rust Belt and ultimately secure electoral victory.

Still, popular opposition to free trade in developed countries is nothing new. In 1999, more than 40,000 people took to the streets of Seattle to protest against a WTO meeting.

But whereas protesters then included environmentalists and consumer protection groups as well as labor unions, the debate now has shifted mainly to concerns over rising inequality and a lack of opportunity.

Contrary to the claims of anti-globalization politicians, government officials in the United States and Europe historically have not lent unequivocal support to free trade. In fact, they have continually refused to open up agricultural and textile markets to developing countries.

Similarly, trade deals such as NAFTA or the Transpacific Partnership are widely seen as ways to circumvent WTO authority and promote partnerships on U.S. terms.

Trade accounts for only 15-25 percent of manufacturing job losses.

Nonetheless, never in recent history has an American president vowed to dismantle existing trade deals and increase import tariffs. But how far will the Trump administration really go?

A U.S. president enjoys substantial authority on trade policy and in many cases can bypass Congress and the traditionally pro free-trade Republican establishment.

Given that Canada and Mexico are the first and third most important U.S. trading partners, the dissolution of NAFTA would have severe consequences for American companies.

U.S. firms — especially the automobile and chemical industries — rely heavily on imports of intermediate goods, and they export parts and components to partners. High tariffs on goods from China, the United States’ second largest trading partner, would lead to even more detrimental effects on U.S. manufacturing firms.

There is evidence that China’s admission into the WTO in 2001 caused significant trade shocks and unemployment in the Rust Belt. But trade accounts for only 15 to 25 percent of manufacturing job losses, the main culprit being automation.

Import tariffs would not bring back jobs lost to automation, and they risk further disrupting existing trade and production chain links. China, Mexico or any targeted government would likely to retaliate by erecting their own tariff barriers.

Why not settle for quick political victories?

The “forgotten man” whom Trump purportedly champions could perversely be the biggest loser under protectionist policies. Import tariffs are essentially a tax on consumption, and like value-added taxes, they hurt low-income households the most.

Instead of implementing radical protectionist measures, it might be more rewarding for Trump to stick to largely symbolic but high-publicity interventions.

As he has done with air-conditioning manufacturer Carrier and car maker Toyota, Trump could press individual companies to cancel planned off-shoring measures and herald his achievements via Twitter.

Such actions would guarantee him quick political victories even if they did nothing to preserve manufacturing jobs in the long term. Instead of transferring jobs abroad, U.S. firms would likely simply increase automation at home.

Unlike in the United States, trade disruption in Europe would certainly not be just symbolic.

While some Brexiteers have toyed with the idea of the United Kingdom becoming a large-scale Singapore, open to the world, trade links with the EU would be very hard to replace. And the Singaporean model would hardly be popular with working class voters, who played a decisive role in the outcome of the referendum. A trade slump awaits.

What is more, if Eurosceptic and anti-globalization candidate Marine Le Pen wins the French presidential election in May, European trade will be truly in danger. Le Pen has promised the French a referendum on the EU to liberate them from “the tyranny of globalization and the EU.”

Without France, the EU would be at great risk of collapse.

Will China now take the lead?

While the Western world is awash with protectionist rhetoric, the developing world is much quicker to embrace free trade. Polls show that people in developing countries are much more likely to view globalization as a force for good.

Many look to emerging markets and East Asia as potential counterbalances to slow trade growth in Europe and America. Indeed, China is pushing for alternative trade deals under its leadership.

Still, concerns among East Asian nations over Chinese economic supremacy should not be overlooked.

Such concerns could prove a significant obstacle to the creation of new trade partnerships, which in any case might not include the extensive social and environmental regulations of existing trade arrangements.

Leyla Beck is in her final undergraduate year at University College London, studying European Social and Political Studies with a full economic specialism. She is interested in economic policy as well as Middle-Eastern and European politics. She has research experience in macroeconomics, labor market policy and security sector reform.