The West shares blame for Putin

Vladimir Putin is a product of Russian society and power-hungry friends. But the West has helped make him what he is by its treatment of Russia. 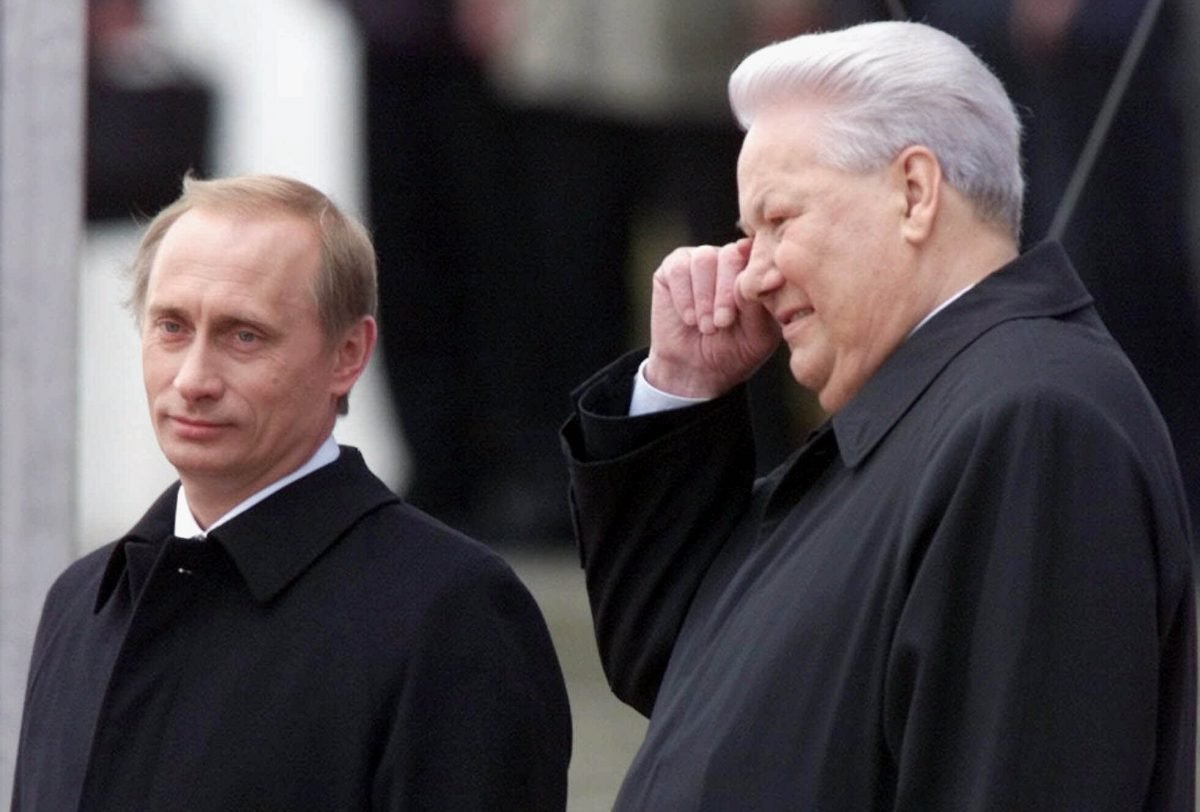 Sixteen years ago, a U.S. journalist asked Russia’s delegation at the World Economic Forum in Davos, “Who is Mr. Putin?”

No one from the delegation would answer Trudy Rubin’s question.

Today, everyone knows who Russian President Vladimir Putin is. But the West still does not understand completely that Putin is not a person like you or me.

Putin is a product. And the Western world underestimates its own important contribution to the making of this product. Who, then, was Mr. Putin? Who has Mr. Putin turned into? How did this happen?

Who was Mr. Putin?

Like others from the KGB security agency, Putin was never a true liberal. By the end of the 1990s, Russians were tired of liberals. A draining Chechen war, an economic downturn, criminal massacres in the streets and widespread frustration put victory in the 1999 parliamentary election within reach of a left-of-center party called “Fatherland – All Russia.”

President Boris Yeltsin, afraid his party could lose its ruling position, decided to place a bet on a fresh-looking politician. That’s how Putin started his ascent to power.

Like a seraphic warrior, Putin appeared on television. He became prime minister and without a peep ordered the destruction of separatist Chechen fighters. It was effective. In 2000, Putin became a president.

So, who was Mr. Putin at that time? He was someone who tried to look simultaneously like a tough guy and a liberal. He declared that Russia’s problems took root inside the country and that these problems could be solved only by the combined efforts of all Russians regardless of political views and social background.

Most importantly, he believed in the possibility of cooperation with the West. He wanted to be appreciated by Western leaders. He called himself a good friend of Tony Blair and Gerhard Schröder. After 9/11, he was a leading proponent of an international counter-terrorism alliance. He allowed the United States to establish a staging area in Kyrgyzstan, a former Soviet republic, for attacking the Taliban in Afghanistan.

He wasn’t a true liberal, but he was probably a bit naïve.

Who has Mr. Putin turned into?

Putin has since eliminated liberals from his team and surrounded himself with old friends. He is afraid of being dethroned. The example of former Ukrainian President Viktor Yanukovych, who was kicked out of office in 2014 during the Euromaidan street protests, persuaded Putin to distrust others.

He believes his destiny is to defend Russia while others, whether inside or outside the country, dream to destroy it. He blames the West for Russia’s problems. He needs to demonstrate his superiority. He trusts only old friends, who are happy to acquiesce.

Russia today is absurd. The Kremlin says it wants to be criticized for any wrong decisions while shuttering independent media outlets. The Kremlin says it fights corruption while buying luxury real estate in Europe. The Kremlin turns a blind eye to crimes of insiders while arresting people for “likes” and re-posts in social networks.

Russia’s agenda is full of lies. Newscasts show images of Ukraine, Syria and European refugees as though Russia has no problems of its own. The Russian Orthodox Church, a faithful partner of the regime, appears everywhere, like a weed. Russian athletes should print the word “Absurdity” on their uniforms in the 2016 Olympics because absurdity has become Russia’s official motto.

How did this happen?

But the West has also contributed to the making of Putin.

After meetings between the Soviet Union’s last leader, Mikhail Gorbachev, and former U.S. President George H.W. Bush, Moscow understood that if it agreed to the reunification of Germany, the NATO military alliance would not expand to the East.

Then, the Berlin Wall fell and the Soviet Union crumbled. The United States, victorious in the Cold War, then broke its promises. In 1999, Poland, the Czech Republic and Hungary joined NATO. In 2004, other ex-Soviet republics and the Baltic States did the same.

Between these two dates, NATO dismissed Russia’s views and bombed Serbia. During the Second Chechen War, Washington refused to ban the flow of money that helped militants fight Russia. Yet after 9/11, the same cash flows were banned immediately.

The crucial moment came when U.S. President George W. Bush decided to attack Iraq. Saddam Hussein was a good friend of the head of Russia’s Federal Security Service, and Russia had many business interests in Iraq. So Russia was certain that Saddam Hussein, while corrupt, was not making chemical weapons. Many other countries including Germany and France also opposed the U.S. invasion.

Considering itself the dominant world power after winning the Cold War, the United States felt it did not have to listen to others. The U.S. campaign in Iraq led Putin to abandon hope of building a collaborative relationship with Washington even while the United States continued to promote the idea.

The United States, by placing a ballistic missile defense in Eastern Europe and fanning anti-Kremlin sentiment, strengthened Putin’s belief that he was destined to save Russia from bloodthirsty invaders. When the European Union aligned itself with Washington, the now inscrutable Putin withdrew into a protective shell.

Having won a race, stop running. Don’t humiliate a loser. Remember, there are no permanent champions. Respect. Respect is the only way to stop the world’s descent into armed, painful, absurd madness.

Alexey Shabaldin was born in 1993 in Novosibirsk, Russia’s third most populous city. He is doing a master’s in Linguistics and Semiotics in Novosibirsk State University. He is interested in politics, literature, sports, technology and the universe. “What I love most of all is a smooth, infinite, summer evening.”