We will reduce inequality if firms offer workers company shares

The rich and the poor are growing farther apart. If workers own shares in the firms where they are employed, we can reduce inequality, economists say.

Beau’s All Natural Brewing Company in Canada is employee owned (from the company website).

The gap between rich and poor has widened in many countries over the past few decades and continues to expand. So here’s an idea: What if more companies allowed employees to own a share of the pie?

Many economists and business experts think society would become more equitable if workers owned a stake in their companies.

“Capital income is becoming much more important,” Douglas Kruse, an economist and professor at Rutgers University in the U.S. state of New Jersey, told me. Capital income, as opposed to wages, refers to the economic returns, such as dividends or capital gains, that incur to someone holding shares.

“An important part of the conversation on reducing inequality is to figure out how to get workers more of that capital income,” he said.

Kruse believes that employee ownership could be one way to do that.

Workers can build wealth if their companies succeed.

In the United States in 2018, more than 6,000 companies offered Employee Share Ownership Plans (ESOPs), one of the main forms of employee ownership, according to the National Center for Employee Ownership (NCEO).

The more than 10 million participants in the plans were able to build wealth if their companies were successful and posted profits.

Employee ownership can come in various forms, but in general it means that an employee owns shares of stock in the company they work for.

Some companies with ESOPs are owned entirely by workers. In other companies, employees together own only 5-10% of the stock.

Just as employee ownership comes in many forms, so does the payout. But the most common model in the United States, the ESOP, pays out shares at retirement or when the employee leaves the firm.

“For those who are not used to investments, there is certainly a learning curve, but it’s totally worth it,” Stefanie Tolhurst, an employee-owner and executive assistant at Beau’s All Natural Brewing Company, a Canadian brewery, told me.

Tolhurst says Beau’s provides support and education to employees who want to get involved in the company’s ESOP. The company is currently 16% employee-owned, and employees who have been with the company for a year can purchase shares each year during a designated “Buy and Sell” period.

There is evidence that workers at companies with share plans are better off financially.

In a sample of workers aged 28 to 34, employees who owned shares of stock in the company they worked for had a 33% higher median income from wages and 92% higher median household wealth compared to non-employee-owners, according to NCEO research published in 2017.

Employee-owners were more likely to have access to childcare, retirement plans and tuition reimbursement, according to the data.

Employees who own shares in the company they work for may even be more secure in their jobs. In 2015, the NCEO found that such employees were less likely to be laid off compared to non-employee-owners.

Why would employee-owners receive more benefits and run a lower risk of being laid off? Because companies that offer ESOPs are generally quite successful and often have a different work culture.

“There’s evidence that would suggest that they’re pretty good employers to begin with, because otherwise they would never have even thought of transitioning to employee ownership,” Nancy Wiefek, research director at the NCEO, said.

Employee ownership exists in many countries and has gained political traction in recent years, winning support from the UK Labour Party and from U.S. Senator Bernie Sanders, a former Democratic candidate for the presidency. Some politicians advocate requiring companies over a certain size to offer employees shares in the firm.

In the United States, which is deeply divided politically, employee ownership has proponents on both sides of the aisle.

Senator Ron Johnson, a Republican, has introduced a bill that would give businesses that create or expand ESOPs access to federal grants. The bill is co-sponsored by a Democrat, Senator Tammy Baldwin.

“On the conservative side, people are looking for an idea that encourages self-determination, personal responsibility, personal ownership,” Joseph Blasi, an economic sociologist and professor at Rutgers University, said.

“On the liberal and progressive side, people are interested in addressing economic inequality, individuals having a share in what they produce, having a say in their workplace, in a more just economy, in a more responsible form of capitalism,” Blasi said.

Still, some company owners need an incentive to part with shares in the firm.

Kruse said that in the 1980s, there were many tax incentives to encourage employee ownership in the United States, but the measures were eliminated over the years. Today, he said, the main incentive is for retiring owners, who can defer paying taxes on capital gains if they sell at least 30% of the company to an ESOP.

Some tax deductions are available for companies, Blasi said. If a company takes out a loan to buy shares placed in an ESOP trust, the firm can deduct both principal and interest on the loan. If the company then pays dividends to employee shareholders, the company can deduct the dividends.

Kruse and Blasi – both of the Institute for the Study of Employee Ownership and Profit Sharing at Rutgers – think there’s an argument for encouraging employee ownership but that not every owner will be swayed by a tax incentive. For instance, an owner may want to sell their company or keep control within their family.

“I think some employers are just nervous that, yes, it’s nice when employees think like owners in terms of coming up with cost-saving ideas and having lower turnover and so forth,” Kruse said. “But it may be a little threatening if employees start saying, ‘Well, if I’m an owner, I should be able to, you know, have a say in how this place is run.’”

Even if management remains in place, employee-owners can still add value. “Everybody has an opportunity to provide input to make things better,” said Michael Ducato, vice president of sales at Onex and one of 34 employee-owners at the firm. “The input from the employees is always considered in every decision.”

The truck drivers, office workers and laborers who received Onex shares through an ESOP paid nothing out of their pockets.

Ducato said customers could be assured of receiving the best possible product because “anything that’s bad comes out of the employee’s pocket.”

Another obstacle to employee-ownership can be a general lack of understanding.

Ducato used to be a partner at Onex and wishes he knew more about employee ownership back then. “Had we been aware of the benefits years ago, I’m sure my partner and I would have gone this route,” he said. 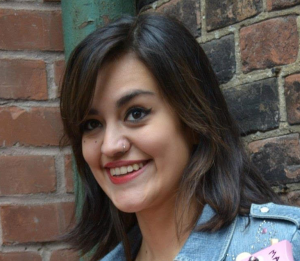 Marina Eckersley is a freelance journalist and music industry professional based in Toronto. She has written for news outlets including CBC, Financial Post and TVO.

← She left Colombia for safety and opportunities in the U.S. Palm oil: Consumers love it, but it costs the environment →