We were born after 9/11. Help us understand the attacks.

My generation was born after 9/11. Twenty years after that day, the attacks resonate with us, but we need historical context to grasp why they occurred. 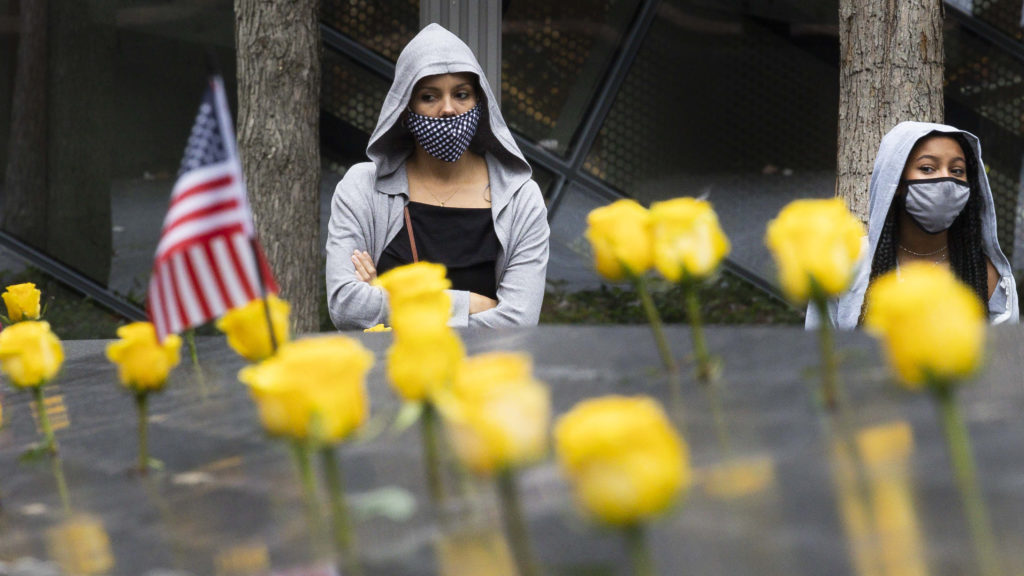 People walk past yellow roses and flags placed on the names of 9/11 victims who were veterans, at the 9/11 Memorial and Museum in New York, United States, 11 November 2020. (EPA Photo/Justin Lane)

This is the second in a series of articles examining the 9/11 attacks on the United States, 20 years after the events that led to invasions of Afghanistan, then Iraq by the U.S. military, and which continue to resonate today.

Most adults can recall where they were when Islamic extremist hijackers flew two passenger jets into New York’s twin towers, killing nearly 3,000 people in an unprecedented strike on U.S. soil.

But 20 years after, how does an American generation born after 9/11 remember the attacks?

I interviewed five teenagers from across the country to answer this question. They said they feel a second-hand emotional connection to 9/11, that its aftermath still resonates today and that Americans deserve more historical context to understand why the national tragedy occurred.

The attacks of 9/11 are taught as early as elementary school.

“I remember hearing how Miss Dobbert, my Third Grade teacher, could see the Twin Towers collapsing from her classroom in 2001,” said Lawrence Langan, 17, from New Jersey, a state that borders New York. “9/11 is something that we’re just knowledgeable about as American children.”

Despite learning about the attacks through second-hand accounts, the event still carries an emotional charge for many youth.

“I remember around Fifth Grade I was looking up videos of 9/11 on YouTube and seeing the planes crash into the building. That was actually one of the first times I cried during that age,” Dylan Jin-Ngo, a student in his last year of high school in California, said.

“I was like, whoa, this is real. This is the real voice of a dad who’s telling the 911 operator that he needs help, that the buildings are collapsing around him and he wants to say how much he loves his family.”

The rise and persistence of Islamophobia

The teenagers said that while they were not alive during the attacks, America’s response to 9/11 feels proximate, even ongoing. One facet of America’s response was recognized by all the students interviewed — the rise of Islamophobia.

“9/11 is emotional because of knowing what followed  — how anti-Islam completely soared in the United States,” said Elena Townsend-Lerdo, 17, from San Francisco.

“People from the Middle East were placed in this single narrative due to what terrorist groups were doing,” Will Graff, a 17-year-old from Massachusetts, said. “A lot of the stereotyping that happened back then after such a traumatic event is still happening now. People carry this hostile mindset towards things they don’t understand.”

Figures compiled by the Federal Bureau of Investigation — the domestic intelligence and security service of the United States — show that the number of anti-Muslim hate crimes leapt from 28 incidents in 2000 to 481 in 2001.

The hatred hasn’t stopped. A Pew Research Center Survey conducted in 2017 reported that 75% of Muslims in the United States agreed “there is a lot of discrimination” against them in that country.

The same year, U.S. President Donald Trump signed an order known as the “Muslim ban” that suspended the entry of Syrian refugees, revoked visas from countries in the Middle East and North Africa and slashed the total number of refugees admitted into the United States.

Military response and failure of journalism to inform public

Emotions — rage, fear, insecurity — surged in America after the attacks and included the unfortunate influx of hate, Alistair Lyon, a former journalist for Reuters, told me in an interview.

“It certainly strengthened the identification of Muslims as terrorists in the popular American mind,” Lyon said. “Once people are labeled as a terrorist, they’re not quite human.”

Amid this atmosphere of national outrage, in October 2001 the United States invaded Afghanistan, where Osama bin Laden, founder of the al Qaeda extremist group that executed the 9/11 attacks, was located.

“The war in Afghanistan was kind of a knee-jerk reflex,” Lyon said. “What the Americans wanted was revenge.”

At just short of 20 years, the U.S combat mission in Afghanistan has been America’s longest war, now ending after President Joe Biden announced the U.S. withdrawal in April.

The Costs of War Project at Brown University in the United States has tallied the number of deaths in the Afghanistan war between 2001 and 2019: 2,298 U.S. military, 1,145 service members from the North American Treaty Organization and other allied countries, more than 43,000 Afghan civilians and at least 64,000 Afghan military and police.

In 2003, two years after its incursion in Afghanistan, America invaded Iraq. Elaine Monaghan, a professor at Indiana University’s Media School and a former journalist for The Times and Reuters, said that American press organizations failed to provide clear, factual information about the war for the American public.

“The New York Times was led astray by the very fierce effort by the Bush administration to tell journalists that Saddam Hussein possessed weapons of mass destruction, which he did not,” Monaghan said.

Lyon said the U.S. newspaper published reports, which were later found to be false, alleging that Iraq had weapons of mass destruction and that Saddam Hussein had links to al Qaeda.

Hussein was president of Iraq for more than two decades before being sentenced to death for crimes against humanity by an Iraqi court in 2006. He was not involved in 9/11.

In a letter from its editors, the New York Times explained that their sources were often defectors and exiles of Iraq bent on “regime change,” whose statements were “often eagerly confirmed by United States officials convinced of the need to intervene in Iraq.”

Students I spoke to said their education does not cover the wars the United States launched in the aftermath of 9/11 in much depth, if at all.

“We’re not taught much about the Iraq War,” Jin-Ngo said. “I think the schooling system should really include more about 9/11’s historical context in terms of what occurred before and after the attacks and really reflect on what we did and how we could have responded better.”

Sophie Greve of New York, who soon will be starting her last year in high school, said: “9/11 ends up being pretty stand-alone as opposed to a series of events in a larger story. More context could be important, because it goes farther back than most people realize. The attacks weren’t random.”

“It would be helpful knowing its history of how that organization grew, attracted support and became an international movement — to have a deeper understanding of the kind of cultural and historical context of what they were doing,” she said. “It’s important to study the other aspects of a militant movement beyond its military capacities.”

Lyon said that the history of U.S. intervention in the Middle East fostered bin Laden’s extremist motivations. “What really upset bin Laden was seeing American troops in Saudi Arabia, where Muslim holy places are. For him, this went totally against the religious ideology of Saudi Arabia.”

How should 9/11 ultimately be remembered?

“I would remember the attacks for those people who were lost and for the firefighters and police officers and the ordinary people who made sacrifices to try and help their neighbours, even when they knew it was hopeless,” Monaghan said.

“9/11 was a unifying event for Americans,” Greve said. “At a time when America is so divided and can’t pull itself together to solve important issues like COVID, that unifying remembrance could be used as a tool to help what’s currently happening.” 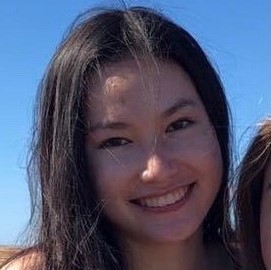 A News Decoder summer intern, Christina MacCorkle is in her last year of high school at The Thacher School in California and grew up in China. She is an editor-in-chief of Thacher’s newspaper, The Notes, and hopes to continue journalism in college. Her favorite subjects include English and History.