Voters put populists under pressure in the U.S. and UK

Donald Trump and Boris Johnson won power as populists, backed by angry voters. Now COVID-19 is exposing their shortcomings in the U.S. and UK. 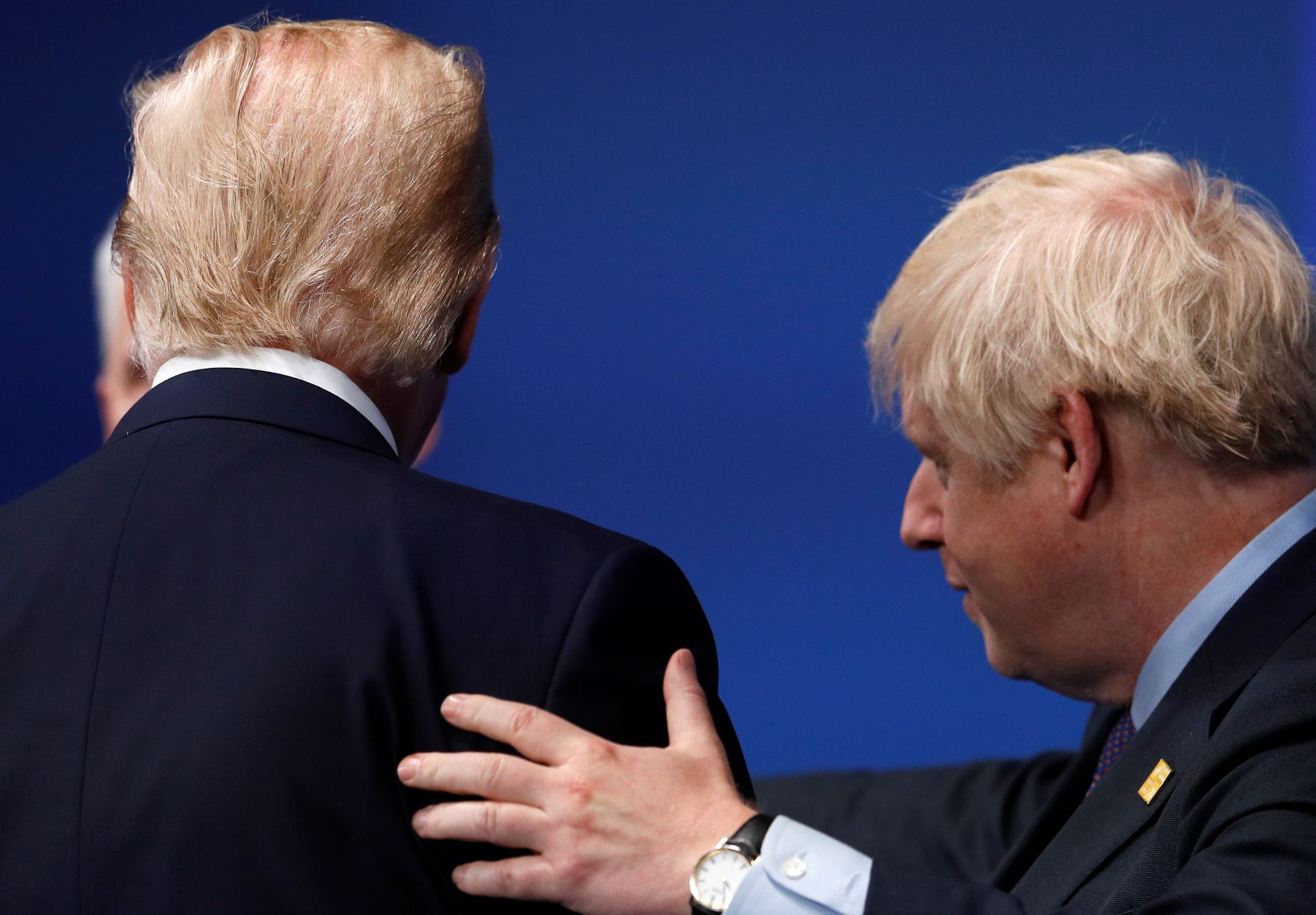 “Make America Great Again” and “Take Back Control” were the signature phrases of populist campaigns in 2016. One was the rallying cry that won the American presidency for Donald Trump, and the other sealed Britain’s departure from the European Union.

Four years later, democracy seems to be catching up with populism.

Harold Macmillan, British prime minister from 1957 to 1963, said that the greatest challenge facing statesmen was “events, dear boy, events.” So it is that Trump and Boris Johnson, Britain’s Brexiteer prime minister, each elected on jingoistic promises of a golden future, are now under severe pressure for their shambolic handling of real-life events in the form of the coronavirus pandemic.

What is the difference between democracy, a Greek word meaning “rule by the people,” and populism, a word that evades precise definition but is about appealing to the feelings of ordinary people?

Discussion of this question could take a long time, but here’s one distinction: Democracy implies a system of government and representation created to actualise the diverse interests of the people, while populism implies that the system is not meeting the interests of ordinary people and seeks to correct perceived injustices.

The populist campaigns of 2016 stoked the anger of people who felt the system had done them down.

Foreigners, they were told, had stolen their jobs, money and national identity, and their own governments had allowed this to happen.

Trump promised to build a wall on the Mexican border, to take back jobs from China, to tear up trade agreements.

Johnson and his fellow Brexiteers alleged that Britain had lost its sovereignty to unaccountable bureaucrats in Brussels.

In short, the populists offered to rip up democratically-built systems and make a fresh start that would restore former glories. They were vague about how this might happen in practice. But it was going to be beautiful and easy.

Such messages, heavily laced with hostility towards immigrants, were powerfully emotive in electorates still suffering the effects of the 2008 financial crisis. To be sure, there were rational arguments against, but facts and logic can be weak in such circumstances – and in any case were not forcefully expressed.

So what happened after the bombshell victories of both campaigns?  In four years, each can reasonably claim to have fulfilled quite a lot of their promises.

Britain has left the European Union, although it has yet to agree on new trade arrangements with Europe. Trump cut taxes for the rich, deregulated parts of the economy, took a tougher line with China, amended some trade agreements and nominated a large number of conservative federal judges. Until the pandemic, economies were doing well.

But both Trump and Johnson – who was elected only last year on a promise to “get Brexit done” – are now under severe pressure because of their handling of the COVID-19 pandemic.

Trump, himself recently infected with the virus but still cavalier about its dangers, is substantially behind in opinion polls ahead of the U.S. election on November 3.

Johnson’s government is heavily criticised as incompetent. Senior Tory parliamentarians are frequently quoted – albeit anonymously – as saying he should be replaced next year.

As Rachel Sylvester, a columnist for The Times newspaper, wrote recently: “The anti-establishment radicals are the establishment these days and it turns out that they’re not very good at it.”

Populists have ended up running, not dismantling, the system.

The populists’ problems are rooted in how they came to power: they promised to dismantle the system, but by being elected, they became responsible for running it.

Change is not so easy in practice. For a start, the people that they rely on to effect it – civil servants managing government departments – are precisely those that they have been attacking. Conspiracist American right wingers call them the “deep state.” Johnson’s aides referred to them as “the blob.”

But how can policies, even iconoclastic ones, be put into practice without bureaucrats?

Secondly, populist governments tend to revolve around the personalities of the leaders. The people appointed to serve them must, at least to some extent, have “drunk the Kool-Aid.” To the leader, the overriding yardstick for their performance is loyalty.

This does not make for competence in government. Nor does evasion of parliamentary scrutiny, which would normally act as a moderating influence on an impetuous leader.

Trump has made Republican senators, fearful of losing their seats, subservient to him. Johnson, with a comfortable majority in parliament, has managed the epidemic essentially by decree, but is now facing increasing unrest among his own members of parliament.

Thirdly, competence, credibility and efficient government are precisely what a government needs when dealing with a real-life crisis – with “events.”

The United States has lost more than 214,000 people to COVID-19, more than any other country, and the United Kingdom more than 42,000, the highest death toll in Europe.

Trump, desperate that the pandemic should not derail his presidency, has derided its seriousness while grasping at miracle cures. The battle to contain the virus has mainly been left to state governments. The president’s poll ratings are low.

The UK has suffered shortages in protective equipment, an epidemic among the elderly in care homes and problems in testing. Most of all, confused messaging about restrictions on everyday life has tried the patience of voters.

Meanwhile, Tory lawmakers know that a failure to complete Brexit with a European trade deal will spell political disaster for them. Instead of “taking back control,” Britons will be paying more for many European goods, and exporters will find it more difficult to access their main market.

Trump may still win re-election. Johnson’s leadership, too, may survive. But the populists are being called to account. Voters who want competence in a crisis are catching up with them.