Media outlets in the U.S., usually dismissive of unidentified aerial phenomenon, have suddenly changed their tone. I’m not saying it’s aliens, but … 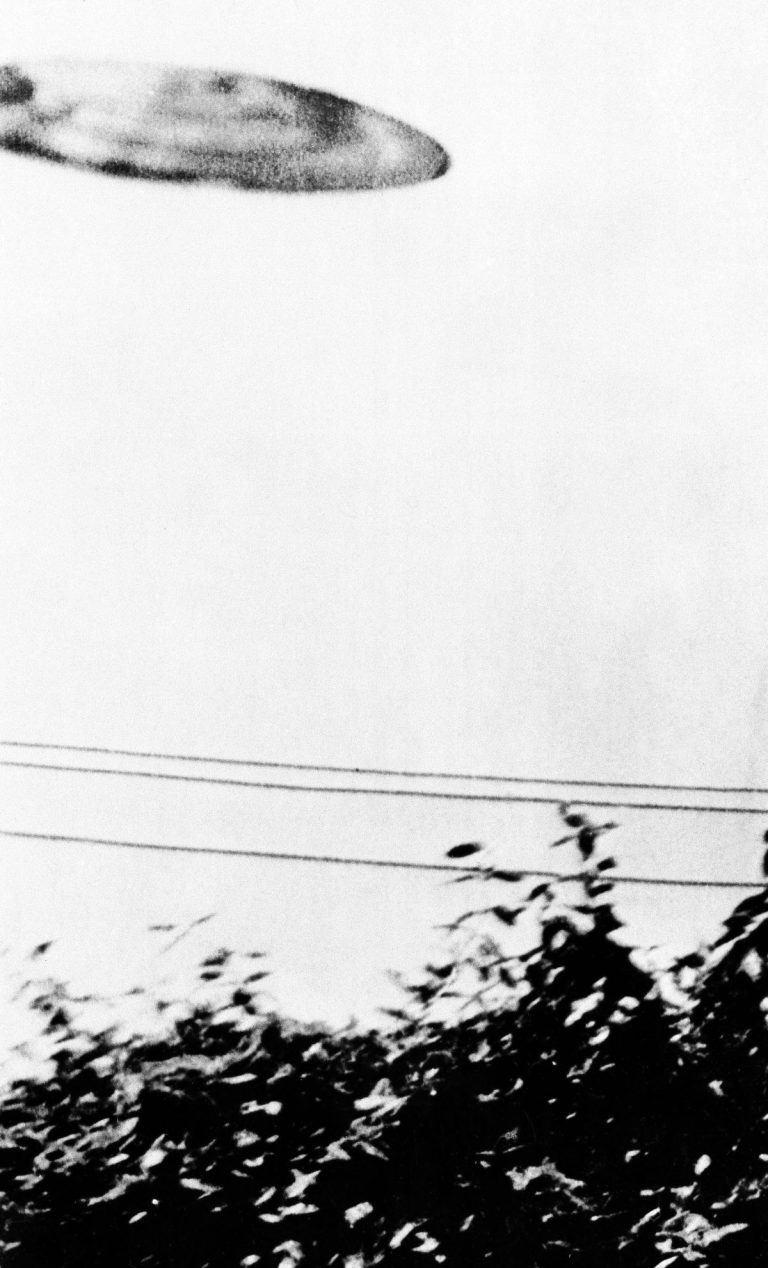 Michael Savage, 15-year-old son of a prominent San Bernardino physician and surgeon, was practicing with his new camera, when he saw motion out of the corner of his eye on Thursday, July 24, 1956, in San Bernardino, California. He quickly shot this picture, tried to shoot another and in his haste, over-cranked the camera, drawing a blank with his second shot. The object disappeared in 30 seconds, he said, not over the horizon but quickly out of sight in the sky. (AP Photo/Michael Savage)

Anyone who has watched the History Channel’s wildly successful series, Ancient Aliens, would recognize him.

His unruly hair, white teeth and firm adherence to “ancient astronaut theory” place the show’s producer, Giorgio Tsoukalos, in a category unto himself. A social media meme includes his photo captioned with “I’m not saying it’s aliens… but it’s aliens.”

He is the poster child for what the media has clearly considered the “lunatic fringe.”

As a restless sleeper, I have evolved into an accidental consumer of late-night conspiracy radio and have grown familiar with the universe inhabited by Tsoukalos and his fellow travelers.

I’m startlingly well versed in narratives surrounding unidentified flying objects (UFOs), alien abductions, Area 51 and more. It’s a running joke with family and friends that this mild-mannered professor of journalism can converse with surprising facility on these topics.

Articles appearing in major American media outlets since a couple of weekends ago have brought my journalism and conspiracy theory worlds into unexpected alignment.

Led off by The New York Times and soon followed by articles in Politico, The Washington Post and others, was reporting focused on a previously undisclosed Pentagon program designed to track and investigate unusual aerial phenomena as witnessed by U.S. military personnel and other credible individuals.

Media coverage that references UFOs — a term employed in the headlines of all these pieces — traditionally includes pointed barbs about tinfoil hats, little green men and flying saucers.

But these articles contained no such snark. Instead there was thoughtful reporting, credible sourcing and real budget numbers associated with the now-disclosed government program.

Only the unhinged spoke seriously about UFOs.

In my day job, I teach college students how to evaluate media coverage. We talk about how stories are framed and how this sets a tone, how sources offer clues about a given story’s intended purpose and how reports that appear in just one or two leading media outlets can set the agenda for journalists and news organizations across the media landscape.

In other words, when The New York Times publishes a serious article about UFOs, other news organizations can be expected to follow suit.

The press is a powerful institution in the United States. Media scholars spend their days examining the complicated relationship between news coverage and public opinion, and we know it’s not a one-way street.

Sometimes the media reflects society’s values. Other times, the media drives society’s thinking, sending messages about what’s appropriate and what isn’t. And until these straightforward reports appeared in recent days, the decades-long message conveyed to the American public by leading media outlets was that only the unhinged spoke seriously about UFOs.

Before a couple of weekends ago, reporting about UFOs had required snide swipes at wearers of tinfoil hats and individuals who might, it was implied, better be medicated than taken seriously.

But this coverage instead referenced naval aviators encountering unexplained in-flight anomalies. It quoted former U.S. senators and Pentagon officials who established and managed the UFO-tracking program. And it linked to video footage of unexplained activity recorded by American military jets.

The new tone of this reporting is a stark departure from the usual narrative surrounding the topic. Anyone who doubts how effective the media has been at setting the agenda for public discussion of UFOS need only look at the comment sections following the articles in these media outlets.

“Good lord, the conspiracy theory nuts will be coming out of the woodwork,” read one comment on Politico.

“This couldn’t be more ridiculous,” declared a poster at The New York Times.

“Oh my! Little green men!” quipped a respondent at The Post. “Anybody seen Bigfoot lately?” asked another Post reader just for good measure.

The dismissive tone of these comments is the only thing that isn’t surprising about this reporting on UFOs. The American public has long been primed to respond exactly this way to discussion of unidentified aerial phenomena and their provenance.

It’s going to take some time for the audience to catch up with what seems to be the press’s new approach. Media scholars have long turned to a dynamic known as the spiral of silence to explain why opinions perceived by the public to be contrary to majority opinion — a perception perpetuated by the media itself — often go unexpressed.

Not wanting to be isolated from society for holding fringe views, people choose to remain silent — or jump on the media-driven bandwagon — rather than be subjected to mockery for voicing their true positions.

But now, major American media outlets are signaling that straightforward consideration of a topic hitherto portrayed as fringe is no longer off limits. This is a remarkable development.

Why the change? I’m not saying it’s aliens… But I, for one, welcome this new tone from our benevolent media overlords.

Emily T. Metzgar is a sleep-deprived professor of journalism in The Media School @ Indiana University