The death of U.S. Supreme Court Justice Antonin Scalia has greatly raised the stakes in the presidential and congressional elections. 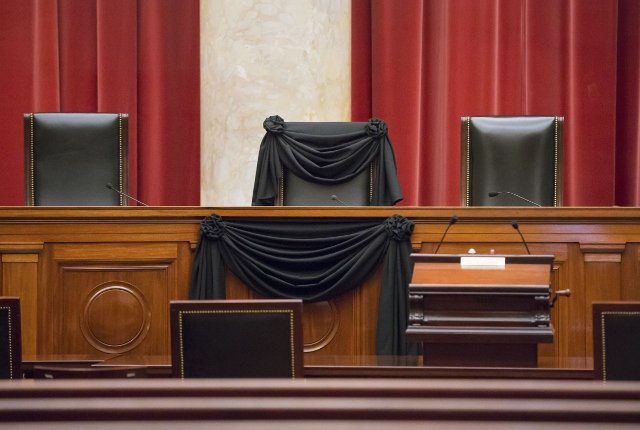 How will the death of U.S. Supreme Court Justice Antonin Scalia affect U.S. politics? We asked News-Decoder correspondent Deborah Charles, who has covered presidential campaigns and the White House, and two lawyers with experience in politics for their views.

“It could affect both the presidential and Congressional elections.”

Justice Antonin Scalia’s death makes the stakes in this election so much higher — and you could see it immediately on Twitter when his death became politicized just minutes after the news broke.

Republicans quickly said President Barack Obama should not try to replace Scalia and instead leave that to the next president. Democrats retorted, saying Obama had a constitutional obligation to name a successor and that the Court should not be without a justice for at least 10 months just because it is an election year.

Debate over Scalia’s replacement will continue throughout the election, and assuming Obama does make a nomination, his determination to press ahead will also become fodder for the campaign trail. It could affect both the presidential and Congressional elections — especially for those Republican senators who are up for reelection who might be seen as being obstructionist if they refuse to move forward with the process of approving a Supreme Court nominee.

The debate could increase voter turnout in the primaries — especially among Democrats whose turnout numbers have dropped compared to the last two elections. If Obama nominates someone and the Senate stalls, it will give Democrats opportunities to generate support among Americans who are tired of the do-nothing Congress. This could especially be the case if Obama follows precedent from his past two nominees — both women, one the first Hispanic to be on the Court — and nominates a minority. Hillary Clinton has worked hard to woo minorities, and Bernie Sanders has been trying hard to garner more support.

On the Democratic side, Scalia’s death probably benefits Clinton the most. She is more moderate and, in the event a new justice is not confirmed before the next president takes office, could be seen as the most likely president to nominate someone who is middle-of-the-road enough to get approved by the Senate. She is clearly gearing up to use it as an important issue in her campaign — she spelled out her attack on Twitter in 10 tweets.

Scalia’s death could help Ted Cruz the most on the Republican side. He is a constitutional lawyer and has even argued some cases before the Supreme Court. Even before Scalia died, Cruz had been talking of the importance of this election on the future makeup of the Supreme Court.

“This will elevate the stakes in a way that can only help Hillary Clinton.”

In a political context, the death of Scalia is monumental. The loss of such a strong conservative and influential voice on the right should give an initial boost to Ted Cruz who is the most conservative candidate in the race.

The more important story, though, is how the effort to replace Scalia will inject judicial politics into the fall elections. The jockeying by the parties is already intense. Republicans insist that the American people deserve a say in the next justice and a replacement should not be named until after a new president takes office. President Obama has announced that he will attempt to fill Scalia’s seat.

In this polarized political climate, it is clear that a liberal nominee has little to no chance of being confirmed. BUT, this will elevate the stakes for this election in a way that can only help Hillary Clinton. The argument, put forward by both Clinton and the Democratic establishment, that she is more electable than Sanders has largely fallen on deaf ears. That is about to change.

The issue of who will sit on a sharply divided court with the possibility of it switching from a conservative majority to a liberal one is galvanizing voters on both the left and right. The Republican-led Senate will fight tooth and nail to prevent President Obama’s nominee from being confirmed for Scalia’s seat. This obstructionism will focus Democrats on the importance of their decision in November.

Too many issues currently and soon to be before the Supreme Court matter to Democrats, and Clinton is the much safer choice as the candidate most likely to prevail and so remake the Court.

“The stakes couldn’t be higher.”

The notion that there is a long tradition of not appointing Supreme Court Justices in an election year is mostly fiction. Lyndon Johnson nominated Abe Fortas in 1968 when Chief Justice Earl Warren announced his intention eventually to step down — and Republican senators blocked Fortas partly on the grounds that there was an impending election — but that did not leave a seat on the Court vacant.

The other tact the GOP is taking, voiced early on by Jeb Bush, is that Obama has the constitutional right to put a nominee forward, but that the nominee should be a “consensus” choice whose values are closer to those of the conservative and very consequential Scalia.

Republicans did not take that approach in 1991 when Thurgood Marshall stepped down. Then President George H.W. Bush appointed a nominee who ideologically was the polar opposite of Marshall, Clarence Thomas.

Until this current turn of events, most Americans considered the GOP and the Democrats equally complicit in the dysfunction in Congress and Washington. Senate Majority Leader McConnell’s decision to thwart a sitting president in connection with filling a Supreme Court vacancy with nearly a year left in his presidency will change that equation to some extent.  Perhaps not dramatically, but significantly.

I think the moderate, independent center will be more sympathetic to Obama and the Democrats, especially if Obama nominates a reasonable candidate who has already been confirmed unanimously by the Senate.

I also think that this inures to Hillary Clinton’s benefit. Electability becomes even more significant. With little prospect of our deeply divided government ending any soon, the notion that the tie-breaking third branch of government is now up for grabs will sober Democratic primary voters and can only help Clinton.

On the legal score, this vacancy offers the chance to both parties for a true sea change in the Court. More than 45 years after the end of the Warren Court and after a slow, steady move to the right, this vacancy, plus the likely opening in the next president’s term of at least one more seat, means that a Democratic President could reshape the court with historic implications in terms of national policy on guns, voting rights, corporate and financial regulation and campaign finance.

The stakes couldn’t be higher. A crazy, wild, bewildering election year has suddenly become even more interesting, if that were possible.

Debbie Charles has covered four U.S. presidential campaigns and was a Reuters White House correspondent during the Clinton and George W. Bush presidencies. During two decades with Reuters, she worked in bureaus in Madrid, Bangkok, Montreal, Toronto, New York and Buenos Aires, and covered six Olympics, fighting in Kosovo and NATO bombing of Belgrade.

Dave Humphreville is a political consultant who advises candidates and parties around the world. He has worked in political campaigns and elections on five continents. Previously he served as President of the Specialist Association of the New York Stock Exchange. He has also practiced law in New York.

Dan Wofford is a public policy and strategic planning consultant based in Philadelphia, Pennsylvania. He works with non-profit organizations focused on the environment, urban development and transportation. An attorney by training, he has worked in government and politics, at both state and federal levels.