This U.S. election is calling into question the post-war world order. Whoever wins will have to address grievances shared on both sides of the Atlantic. 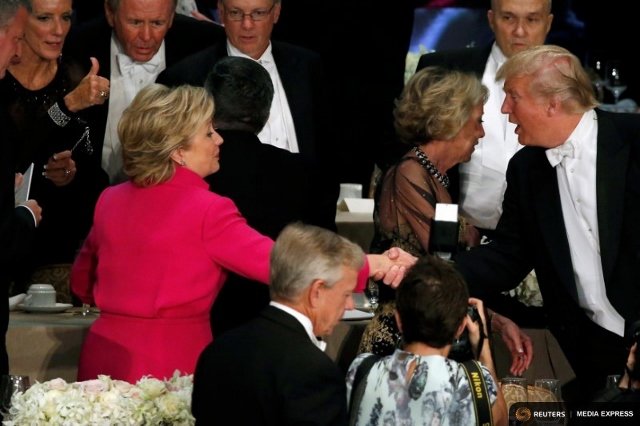 With so much written about the U.S. presidential election, I hesitate to add to the tidal wave of words.

But perhaps the views of someone many miles from the political fray, who has lived the past 27 years outside the United States yet voted in 12 presidential elections, are worth sharing.

Distance from U.S. soil might be comforting if it did not underscore just how high the stakes are this year. Because by living in six different countries, I’ve witnessed up close how the United States is viewed beyond its borders and how this campaign sticks out among the many I’ve followed from afar.

When I first came to France in 1974, many people greeted me as a liberator — Americans still enjoyed a deep wellspring of gratitude in the aftermath of World War Two.

Twenty years later, it was vastly different when our family set foot in India, where decades of autarky, or economic self-sufficiency, meant Coca-Cola was nowhere to be found and Americans were, rightly or wrongly, viewed a bit as carpet salesmen with a geopolitical ax to grind.

Non-aligned India before economic liberalization was a lesson in humility for an American.

So was Malaysia in the late 1990s under former Prime Minister Mahathir Mohamad. Barely a day passed by that he did not rip into Uncle Sam for some ill or another.

In Italy and Japan, I was constantly reminded that the United States is a very, very young country — a brash adolescent among adults.

The underpinnings of the post-war world order are being questioned.

Yes, distance and exposure to other cultures can give you a sense of proportion. And as different as my experiences were in these various countries — each of which had its own relations, and bones to pick, with Washington — there was never any question that U.S. policies were crucial to their economies and security.

That is what intrigues, and concerns, me about this election. It’s not so much the temperament of the candidates or their social policies that stick out in my mind when I view this election alongside the many I’ve watched since I listened to my parents debate Kennedy versus Nixon while at the dinner table in Buffalo, New York.

After all, temperament was very much of concern in the first election I voted in — Nixon versus McGovern in 1972. And social policies — abortion, LGBT rights, racism, guns, drugs — have been on the agenda of every election.

What is particularly important this year is that some of the essential underpinnings of the post-war world order are being questioned like never before.

That world has been characterized by U.S. leadership in security, trade, finance and economic policy. Washington has by no means gotten it right at every pass, but its leadership has rarely been in doubt, among either allies or arch-enemies.

Much of the GOP candidate’s talk is music to the ears of populists.

But in this campaign, Donald Trump has raised worrisome questions about Washington’s commitment to allies in NATO — an organization that has been at the heart of Western defense security for seven decades.

The Republican candidate has wondered aloud whether some U.S. allies should be allowed to have nuclear weapons — calling into question nuclear non-proliferation, a longstanding pillar of U.S. policy.

Trump has suggested that the United States might want to refinance its federal debt — raising the specter of Washington defaulting on its obligations and, in doing so, undermining the safest and most liquid benchmark security in the global financial system.

As Federal Reserve Chairman Janet Yellen pointed out, that would drive up borrowing costs for American households and businesses. She stopped short of predicting what many others would foresee — a massive economic crash.

The Republican Party has questioned the U.S. signature on the global climate change pact that was hammered out in Paris last year — an agreement that only barely sets a path to avoiding environmental disaster.

Finally, talk of new trade barriers against China and Mexico is radically at odds with the post-war push for trade liberalization that the United States has led through Republican and Democratic administrations alike. Beggar-thy-neighbor policies could pitch the global economy into a tailspin.

Note that much of the Republican candidate’s talk is music to the ears of populists on both sides of the Atlantic — and in both major U.S. political parties. After all, Brexit was in many ways the UK’s decision to hunker down in a fit of nationalistic pride. And many Democrats including Hillary Clinton and Bernie Sanders question trade pacts with Europe and Asia.

Economic inequalities, immigration and antipathy towards elites are fanning populism in both the United States and Europe. They do not depend on the temperament of any single candidate, and they will survive this election.

Whoever wins the U.S. election will have to address those grievances — hopefully without undermining U.S. leadership or triggering a global economic crisis, arms race or military confrontation.