Tunisia struggles to keep students from dropping out

My friend Zied was bright and destined for a great career. Instead, he quit school — like so many students in Tunisia who opt for dropping out. 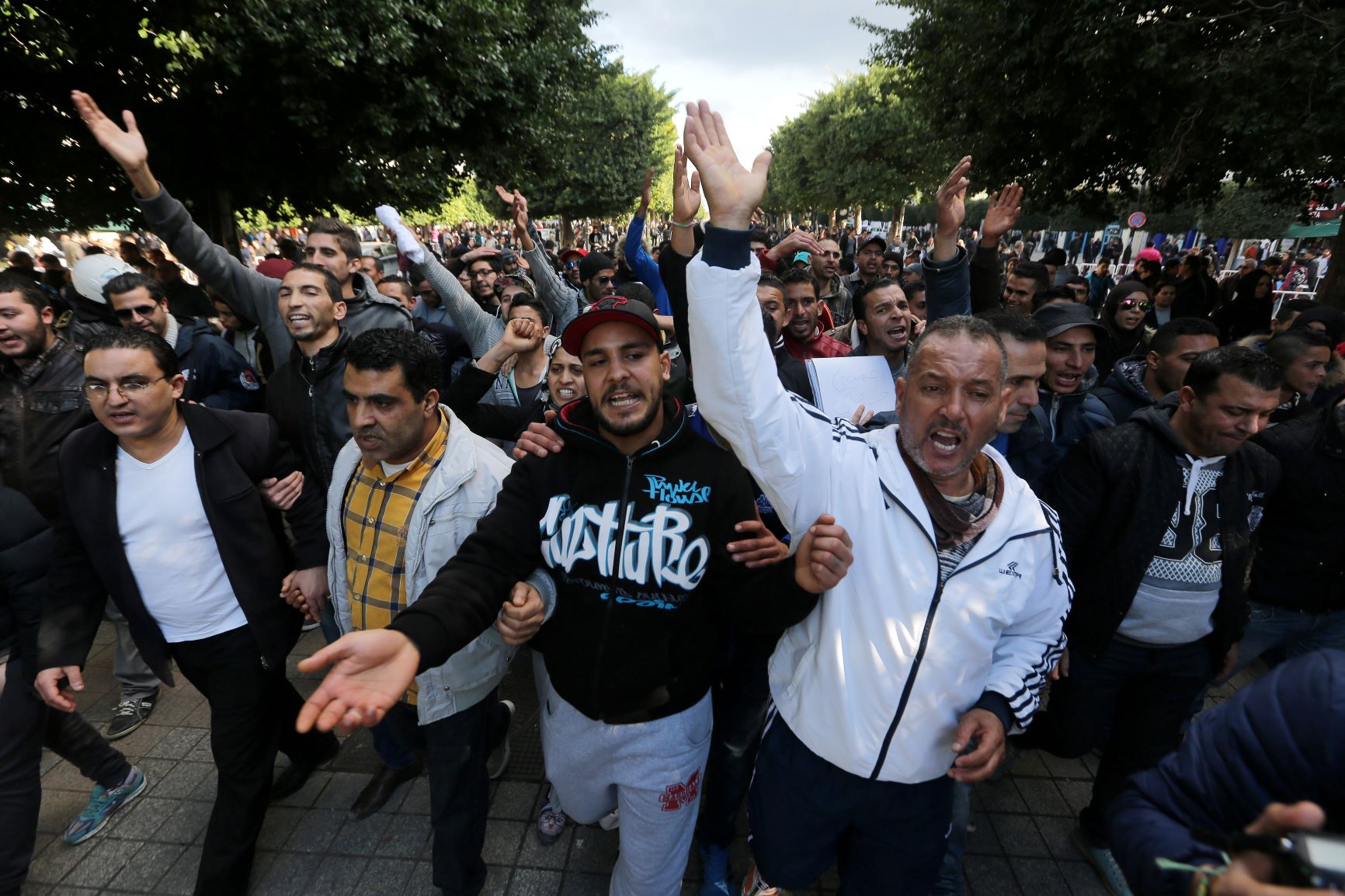 Zied Barhoumi was my classmate until 9th Grade at Hardoub preparatory school in Fériana, a border town in the Kasserine governorate, in central-western Tunisia.

He was a very smart and cheerful boy, always ready for the questions of our teachers in scientific and literary subjects alike, which earned him the nickname “The Shark.”

A child with such a good grasp of all subjects was rare. Even his frequent absences did not affect his grades. He averaged 16 out of 20 in his last year at school in 1999.

At the start of the following year, I was surprised to learn that Zied had dropped out of school. I just could not see any reason for it. His explanation? “Learning makes you unemployed, and Italy is the future,” he said.

In Tunisia, unemployment faces many graduates.

Indeed, in those years, we saw the first signs of an unemployment crisis among Tunisian graduates of higher education who were forced into freelance work to make ends meet. This affected the future of many young people.

Some decided to drop out of school. Others signed up for shorter training courses with a guarantee of work right after graduation, even if their grades qualified them for higher education to become doctors or engineers.

Less than a year after dropping out, Zied was arrested for drug use. I was deeply shocked. He spent a whole year in prison, then came out and turned to criminal activities. When I tried to speak to him for this article, he turned out to be in prison again.

The poorest students are the ones who are dropping out most.

Why do more than 100,000 students leave school early every year in Tunisia?

Many people wrongly believe the revolution — the 28-day campaign of street demonstrations and civil resistance that led to the ousting of longtime president Zine El Abidine Ben Ali in 2011 and eventual democratization — is to blame for the high number of dropouts. In fact, the trend goes back to the late 1970s and early 1980s. A total of 92,983 students quit school early in the 1984-85 school year, compared to 104,043 in 2017-18, according to the Ministry of Education.

According to a 2014 United Nations study of school attendance in the Middle East and North Africa, 31% of Tunisian students dropped out of school before the last year of secondary school in 2009, higher than any other country in those regions except Syria.

The number of secondary students in Tunisia fell from 1.3 million in 2007 to 1.0 million in 2016 despite a rising population, according to the World Bank.

While the total number of dropouts has been relatively stable for four decades, authorities are nonetheless concerned that the numbers could rise — with dire consequences. “When students fail in the education system, they reach a dead-end,” Education Minister Mohamed Hamdi said, adding that the greatest danger is a lack of alternatives for children who quit school.

Muneer Hussain, who led a research study that the Tunisian Forum for Economic and Social Rights has prepared on school dropouts, said the country’s current development model excludes youth from poorer families and rural areas.

“When examining the phenomenon of voluntary school dropout, we see that the highest percentage of pupils leaving school early is distributed among the poorest strata, and that they are socially excluded,” he said.

Families’ stretched finances can prompt many students to drop out.

The nation’s development model — unchanged for half a century — encourages foreign investment but graduates large numbers of students who lack the specific skills needed in the job market. That leads to unemployment.

The development model has created significant social inequalities across regions. For example, close to 80% of children are enrolled in secondary school in Tunis District, an urban area that attracts foreign investment, while in more rural, interior regions such as Kasserine and Kairouan, the enrolment rates are only 55% and 61%, respectively, according to the UN.

To make matters worse today, experts believe the COVID-19 pandemic will only increase the unemployment rate.

Families’ financial straits can prompt many students to leave school. “In Tunisia, some families reach a point where they are unable to grant their children further education, for example, if they have to send them to work to satisfy certain family needs,” Hamdi said. “Some of those children end up engaged in illegal activities.”

Sociologist Al-Munsif Wannas said some students adapt quickly to the parallel economy and smuggling and are able to enrich themselves within a few years. The demands of academia are a turn-off for these young people.

Government has failed to create opportunities.

The dropout rate used to be highest among primary school pupils. But Tunisia passed a law in 2002 that prohibited students between the ages of six and 16 from leaving school.

“Dropouts were delayed from primary school until later, but the law did not end the phenomenon,” Muneer Hussain said.

In later years, students have to take difficult exams, which Al-Munsif Wannas said can induce some to leave school if they don’t receive mental support and guidance.

Al-Munsif Wannas is critical of the way the state has handled the dropout problem. “The phenomenon could have been controlled, but in Tunisia there are no mechanisms to do so and no institutions that return school runaways to the classroom,” he said.

Since 2015, the state has concentrated on sending school leavers back to school — with little success.

Instead, the state should concentrate on eliminating the reasons that students drop out, including difficulties adjusting to the school environment, rather than try simply to force them back to school, Muneer Hussain said.

Hamdi said three government ministries — Social Affairs, Education and Vocational Training — are working on a project called Second Chance School. “We intend to open centres for early school leavers to train them, attract them again with fast qualification opportunities and assess their situations in order to redirect them to specific vocational courses, other training centres or back to school,” Hamdi said.

Experts agree that the state has failed to create opportunities for school dropouts. What is more, many citizens see school as the only road to success and have a condescending view of vocational training — robbing the state of one of the only alternatives it can offer students who are tempted to drop out.

Years ago, I watched a programme on police raids on a private Tunisian TV channel. In one raid, the police arrested a gang on charges of trafficking in a coastal city. Among them was Zied.

While I watched the sad footage, I remembered the words of our Mathematics teacher as he handed Zied his exam paper. “Zied, if we were in a different place and society, you would be among the elite and work in the most important scientific institutions,” the teacher said.

We did not understand the meaning of those words at the time. Many years passed, and for Zied, scientific institutions became instead prisons. In the winter of 1999, his bright future became very different — dark and uncertain, surrounded by walls on all sides. 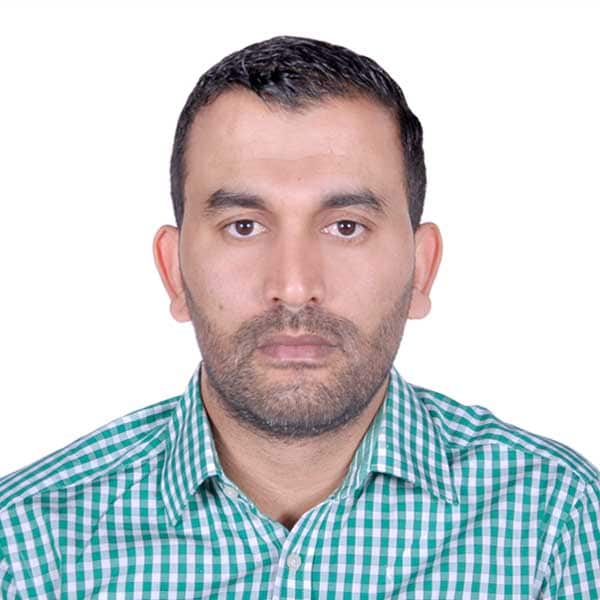 Abdslem Herchi is a Tunisian freelance journalist with experience in audio-visual and print media. He has worked as a senior news producer at a private TV station and written articles on politics, economics, sociology, technology culture and the arts for different websites. He has a bachelor’s degree in Finance from the Institute of Higher Commercial Studies.