“The good ole days weren’t all that good.”

My biggest fear is a conservative tilt to the U.S. Supreme Court and Congress that will roll back hard-fought women’s and human rights.

My daughters were born in America and grew up in a society where reproductive rights exist and doors are open for work opportunities. In contrast, I was born in 1963 in Canada to parents who fled China after the Communists took over and my great-grandfather, a Nationalist general, was murdered.

My parents were turned away from entering the United States because of the Chinese Exclusion Act — the first U.S. law excluding immigration based on race. While the 1882 act was repealed in 1943, it wasn’t until the 1965 Immigration Act that Chinese immigrants were allowed into America on a large scale.

My family moved to New York in 1966, two years after the passage of the Civil Rights Act of 1964 ended segregation in public places and barred discrimination based on race, color, religion, sex or national origin of individuals for hiring, firing, promotions and raises.

In 1973, the Supreme Court struck down criminal abortion laws in the landmark Roe vs. Wade decision and protected a woman’s right to choose an abortion. The Pregnancy Discrimination Act was passed in 1978, barring the firing of pregnant women in the workplace.

The good ole days weren’t all that good for many women and people of color.

My biggest hope is that beyond the Women’s March, legions will remain vocal about their needs with government officials and others, including the media.

“My generation must continue to be vocal.”

I did not expect great things from President Trump’s transition plans and inauguration, and the prospect of a Trump administration has given me a deep sense of unease ever since the election results were announced.

But I could not imagine that its start would be this troubling.

When the official stance of the White House regarding the number of individuals attending the inauguration is an easily verifiable falsehood, when one of the president’s top advisers appears on the news the next day and calls this falsehood an “alternative fact,” we know that we have entered disconcerting times.

Such obfuscation of the truth is a hallmark of media-savvy dictatorships, not a democracy. I fear that such an approach to the media and the truth could become the new normal.

I fear even more that some of us — those of us who have been affected negatively by globalization, those of us who voted for Donald Trump out of pure discontent with the way of the world — will begin to fully buy into this message and will come to accept this new status quo.

I fear that Donald Trump will continue to react poorly to criticism, that his petty insecurities will affect his ability to run the nation.

Yet the sheer number of protesters and marchers this past weekend does give a silver sheen to the thick clouds of despair. If the energy exhibited by them carries through the next four years, I believe that the worst excesses of a rogue administration could be kept in check.

I also take heart from the fact that Donald Trump lost the popular vote quite significantly, although an acquiescent Congress elected from gerrymandered districts could spell trouble.

At this moment, however, given his cabinet selections, given his blatant disregard of even his most obvious of campaign promises, given his ever more aggressive turn from the truth, I am afraid that I cannot help but look toward the future with trepidation.

I see an increasingly isolationist USA, alienated from its allies, eyes closed to the cliff ahead that is global climate change. We cannot accept this quietly, of course. My generation must continue to be vocal. We are the vanguard of change now.

(Jonathan Thatcher lives in Indonesia and offered these thoughts on what Trump’s presidency could mean for that Southeast Asian nation.)

Indonesia is one of the “fragile five” emerging economies at risk of heavy foreign money outflows and still scarred by the Asian financial crisis of the late 1990s. Its currency and inflation rate are extremely sensitive to any sudden change of tack in U.S. economic management. 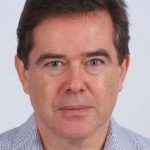 Geo-politically, Indonesia was uneasy with Obama’s Asian pivot policy, which it sees as partly responsible for heightened tensions with China in the South China Sea that have become a bugbear for the rest of Asia in their dealings with Beijing. It is really hoping a more pragmatic Trump might calm that, although his initial approach to China hasn’t been encouraging.

Trump’s perceived verbal assaults on Islam both offend and worry Indonesia, home to the world’s largest Muslim population but whose state ideology demands pluralism. It is fighting its own domestic battle against Islamic hardliners and the intolerance they engender. A Trump presidency that is seen as anti-Islam is likely to harden attitudes.

Here’s a somewhat positive quote from one of Indonesia’s most powerful ministers, Luhut Panjaitan, a former general who overseas maritime affairs and who wrote recently in Singapore’s Straits Times newspaper:

Betty Wong was global managing editor of Reuters from 2008-11, with 29 years of experience at the Wall Street Journal and Reuters.

Simon Hoellerbauer (@hoellerbauers) is a Ph.D. student at the University of North Carolina at Chapel Hill, focusing on comparative politics.

Jonathan Thatcher is former Reuters bureau chief for Indonesia and East Timor. He was also bureau chief in Korea, the Philippines and Russia.