Whatever his takeover of the Republican party says about U.S. politics, Donald Trump is capitalizing on anxiety over changes in the global economy. 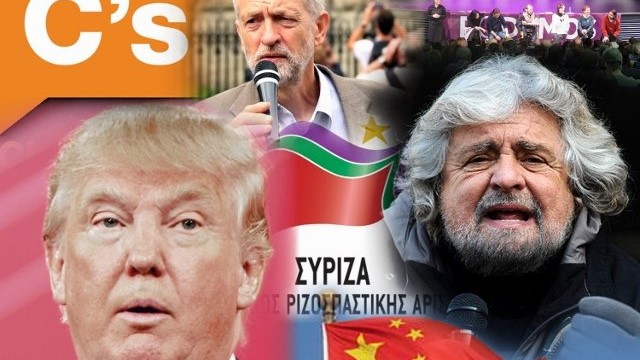 We asked News-Decoder correspondents for their thoughts on Donald Trump’s campaign to become U.S. president. Last week, Pascal Fletcher recalled Fidel Castro and Hugo Chávez, and asked whether the Cuban and Venezuelan leaders had met their rhetorical match in Trump. On Monday, Barry Moody compared the U.S. candidate with another billionaire politician, Silvio Berlusconi. Today, Alan Wheatley considers Trump as a manifestation of widespread unease over shifts in the global economy.

Against my better judgment, it is time to take Donald Trump seriously.

Whatever his hostile takeover of the Republican party says about the lamentable state of U.S. politics, Trump is capitalizing on deep anxiety over fundamental changes in the global economy.

First, in declaring that he wants to make America great again, Trump is implicitly acknowledging the defining feature of our age — the rise of China and, with it, the relative decline of the United States. Trump’s proposed 45 percent tariff on Chinese imports will not reverse that trend.

Second, China’s ascent is linked more broadly to globalization. Trump’s supporters are the losers from offshoring and outsourcing. Their jobs have vanished, and the benefits of more efficient global production are going largely to the providers of capital. The rich are getting richer. Anger among the left-behinds is, appropriately, a worldwide phenomenon.

Third, globalization means more flows not just of goods and capital but also of people. Trump’s plan to build a wall with Mexico may be risible, but he is tapping into fear about a loss of identity that is also gripping Europe as a result of the refugee crisis.

So while Trump may come across as a self-serving buffoon, his anti-establishment crusade is in tune with the times. Otherwise, how to explain the insurgency of non-mainstream European parties such as Podemos and Ciudadanos in Spain, the 5-Star Movement in Italy and Syriza in Greece, to say nothing of left-wing radical Jeremy Corbyn’s election as leader of Britain’s opposition Labour party?

Their popularity, like Trump’s, may prove fleeting. But in seizing on the failure of traditional parties to respond to the upending of the world economic order, they are onto something.

Concretely, that can only strengthen the hand of those in Britain who dream of recreating the good old days by quitting the European Union. In turn, a vote for Brexit in the June 23 referendum could lead to an unraveling of the EU.

It would be ironic if the threat of European disintegration were to confront President Trump with his first foreign policy crisis.