The Thomas Fire: Awakened from our indifference

We knew the dangers of California’s drought. Soon the rush of school life muffled the warning. Until a raging fire awakened us from our indifference. 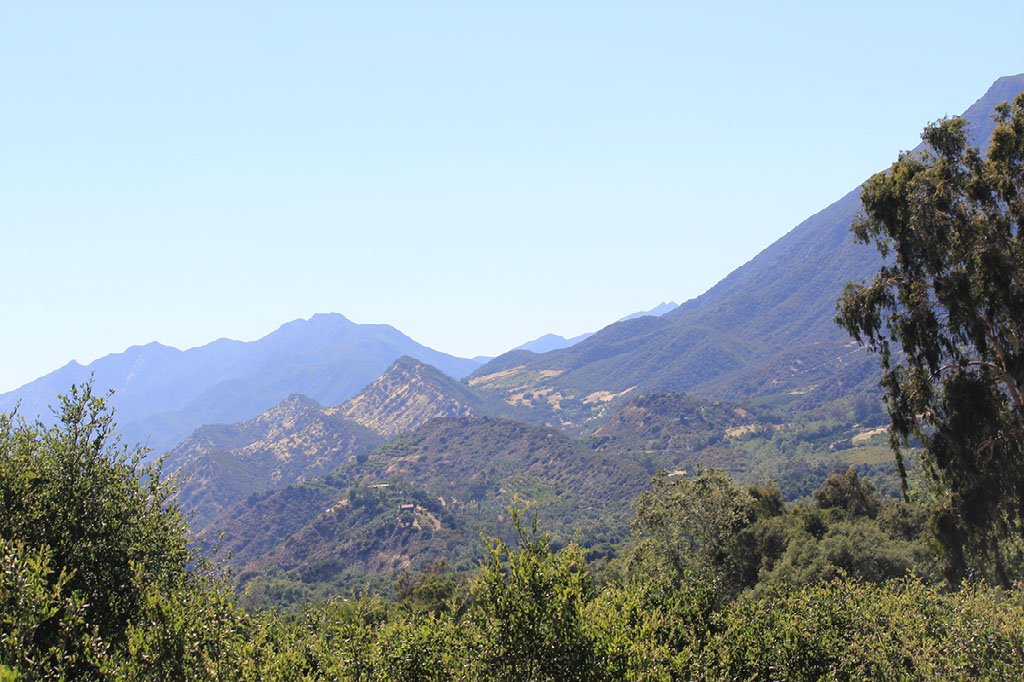 This story won honorable mention in News-Decoder’s twice-yearly Reporting and Writing Contest. We are publishing all of the winning entries among our Student Posts.

Going to Thacher, a boarding school in rural Southern California, it is easy to feel isolated from “real world” issues.

From the moment you drive into the Ojai Valley – the valley in which Thacher is located – the soft fragrance of blooming orange blossoms greets you among the vast landscape of towering mountains and colorful orchards.

Beneath this beautiful, almost picturesque valley, however, lies a problem that has gripped California for years, these past several years being some of the worst in history.

When we were in our first year at Thacher, we were warned about “The Drought.” Within our first month, we had undergone multiple orientations on sustainable water usage and even sat through an all-school assembly on the drought’s presence in our own valley.

But since the severity of this drought has strung itself out over several years, the brisk pace of day-to-day life at Thacher begun to drown out these warnings of the drought’s impending outcome.

Simply put, we had become indifferent.

In December 2017, on a windy Monday night, our indifference was given a rude and frightening awakening. To the blare of the campus-wide fire alarm at 1:30 a.m., hundreds of groggy-eyed students and fearful faculty families boarded buses to evacuate campus.

As we drove off campus, a red haze hovered above “the ridge” of the Topa Topa Mountains beside our campus – a blaze we soon learned to be a wildfire. Many of us began worrying for our school and our beloved valley.

After years of severe drought, the dry, water-deprived brush of the Ojai Valley succumbed to the flames, devouring acres of land in mere minutes. The rolling hills of chaparral overlooking the Thacher campus had become a matchbox.

Ojai and its surrounding communities suffered the largest wildfire in modern California history, with a total of 1,063 structures destroyed and 280 damaged, causing over $177 million in damage.

The fire, which came to be known as the “Thomas Fire,” burned down more than 280,000 acres of land, forcing over 100,000 people to evacuate. It even killed a firefighter in the process.

Since this devastating experience, we have asked ourselves, “How can we prevent this in the future?”

We know that we cannot simply stop climate change, but we can recognize that climate change has caused the extremity of weather events around the world, and for communities in California, that means an endless drought. Rain falls less and less, and our lakes shrink to mere puddles.

We cannot stop this easily, but we can help lessen the chance that major wildfires similar to the Thomas Fire occur again.

In talking to local firefighters, we discovered that the brush in the mountains behind Santa Barbara (a city 30 miles west of Ojai) had not burned in 50 years. Without the careful monitoring of controlled burns throughout the years, the fire had fuel to burn for several weeks, greatly contributing to the severity and the length of the Thomas Fire.

Conservation of water, controlled burns and consistent maintenance of our hills are essential in the prevention of further events like the Thomas Fire that damaged the environment and people around it.

The severity of the fire permanently damaged the habitats of wild species as well as homes and businesses for thousands of people. The community’s awareness of changing weather patterns and how to maintain safe and healthy levels of backcountry brush are key for its safety.

Though a tragic event, the Thomas Fire has allowed our community to awaken from our complacence. With this newfound awareness and understanding of the environment around us, we can be better prepared for the future. We now know what it takes to promote wildfire safety and prevent a tragedy like this from happening again.

Pierre-Louis, Kendra. “This Is How Much of the World Is Currently on Fire.” Popular Science, 4 Aug. 2017.

For another story on wildfires in California and the lessons to be drawn from the events, read Max Benning’s “Wildfires: Sensationalist media can miss the mark,” which was runner-up in the contest.

For another online version of this story, click here.

James Langan is from the U.S. state of New Jersey and has just finished his second year of high school at The Thacher School in Ojai, California. He plays soccer and enjoys studying French and Spanish. Luca Pieretti lives in Santa Barbara, California, and has also just completed her second year of high school at Thacher. She enjoys surfing and playing sports like soccer and cross country.