My family can barely make ends meet amid runaway inflation and shortages of foodstuffs. No wonder Sri Lanka has kicked out a corrupt ruling clan. 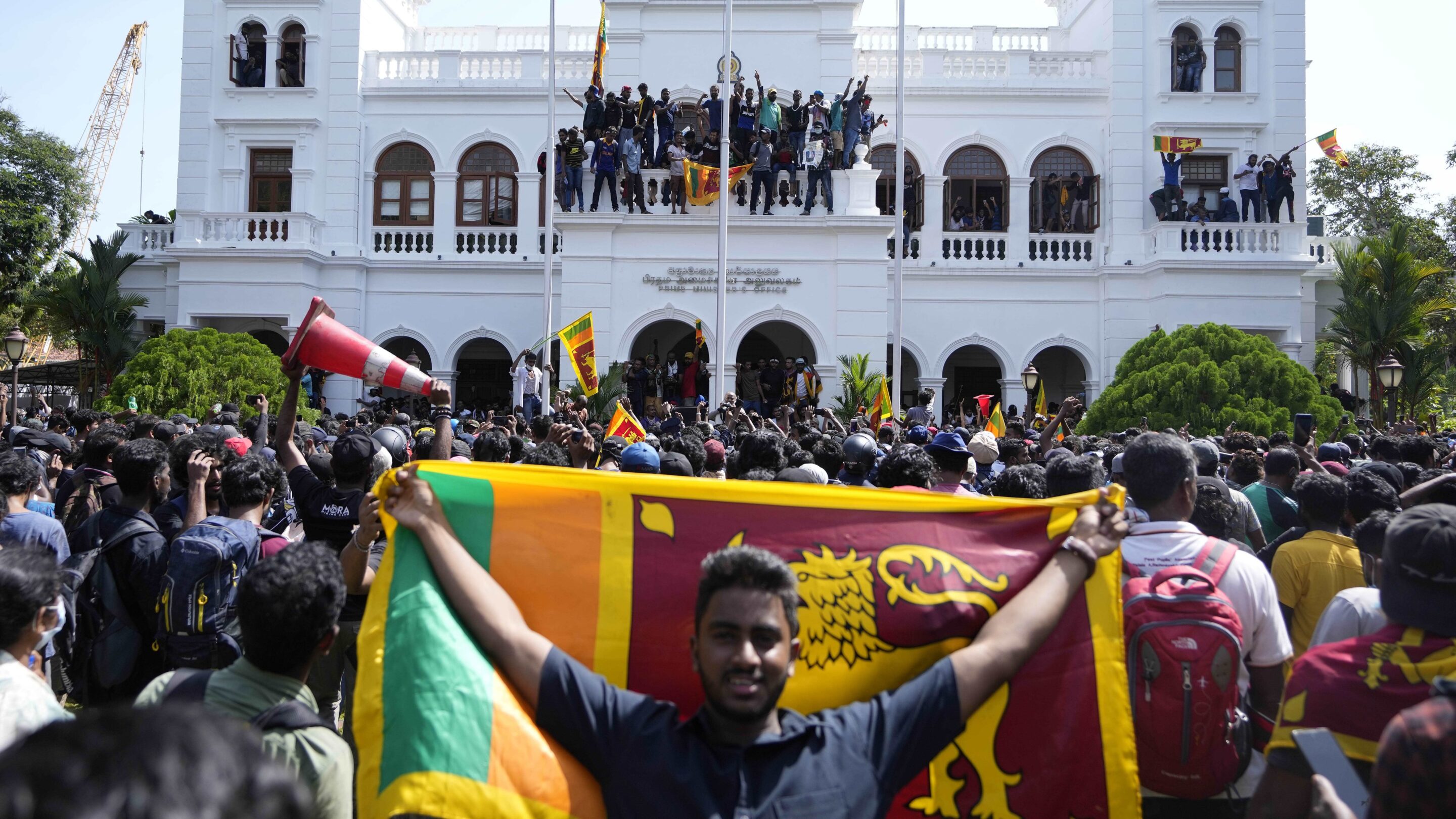 Cheap cooking gas is the norm in Sri Lankan households and ordinarily easy to come by. But very little is normal today in our island nation — a tropical paradise now bankrupt.

Recently, our family ran out of cooking gas. Normally we would go to the local supplier and exchange our empty, 12.5-kilogram cylinder for a full one. But for months, Sri Lanka has not had enough money to import gas, and so we resorted to an electric rice cooker to prepare all our meals, vegetables and meat alike. With daily power cuts now the norm, the rice cooker was often useless.

So when I heard that gas was available on the black market, I wasted no time plopping down nearly three times what we normally would pay for a cooking staple that has become a luxury good.

The culmination of months of protests against a corrupt ruling family

My family and I are among millions suffering in crisis-hit Sri Lanka gripped by shortages of fuel, cooking gas and medicines.

I can’t drive my car for lack of petrol. We’ve had to cut out butter, many vegetables and imported apples and grapes. Food prices are rising at an annual rate of 80%, and my wife and I together earn barely enough to make ends meet.

What do you see if you walk into a supermarket? Empty shelves.

In a nutshell, that’s why last week thousands of Sri Lankans, most of them young, stormed the president’s office and ran up several flights of stairs to briefly assume the seat of authority and unbridled power.

At the presidential palace, protesters brushed aside security guards and forced the beleaguered president, Gotabaya Rajapaksa, to flee to a waiting naval vessel. Not far away, protesters walked into the prime minister’s official residence, unopposed by armed guards.

The peaceful protests marked the culmination of months of unrest, both inside and outside the capital Colombo, targeting a powerful and corrupt family that has bankrupted the nation and triggered severe shortages of fuel, food and medicine.

The past three months have been like a TV drama.

For the Rajapaksa clan, the writing had been on the wall since protests erupted three months ago at a popular seaside promenade near the office of the now-deposed president, Gotabaya Rajapaksa.

Cries of “Gotagohome” — “Gota” is the nickname of the disgraced president — is the slogan for placard-carrying demonstrators from all classes, ages, races and religions.

The past three months have been like a TV drama: rain or shine, queues of mobikes, three-wheelers, cars, ambulances, heavy vehicles and tractors lined up waiting for fuel; snaking lines of people, especially women and children, waiting with empty cooking gas cylinders by their side; poor people gathering for long hours to collect a litre of kerosene for cooking; pharmacies running out of vital medicines — all due largely to a shortage of foreign currency.

The running joke among those of us in line is that Sri Lankans now are no longer “WFH” — working from home during the COVID-19 pandemic — but rather “WFQ” — working from queues.

Sri Lanka is eager for a return to better days.

Why are Sri Lankans fed up with a family that was once revered for ending a bloody 30-year separatist conflict that killed thousands of soldiers, rebels and civilians? Mahinda Rajapaksa was president and his brother Gotabaya defence secretary when Tamil separatists were brutally crushed in May 2009.

The victory was tainted by allegations of human rights abuses by security forces and bloody crackdowns on journalists, civil society activists and the Rajapaksas’ political opponents.

After five years in the political desert, the Rajapaksas steamrolled their way back to power starting in 2019. Gotabaya was elected president and Mahinda and his party triumphed in parliamentary elections.

When COVID-19 hit in early 2020, Gotabaya was praised for the health service’s competent handling of the pandemic and a successful vaccination campaign.

The euphoria ended abruptly in early 2021 when farmers launched nation-wide protests against Gotabaya’s decision to ban chemical fertiliser. In April, our tourist paradise suspended payments on foreign debt amounting to more than US$50 billion and turned to the International Monetary Fund for a bailout.

The cash crunch and inability to import fuel, food or medicine triggered the “Galle Face protests,” named after the capital Colombo’s charming seafront promenade, which in just the last few days led to the sudden collapse of the Rajapaksa regime.

Mahinda and his brothers spent lavishly during their rule and are accused of stashing millions of dollars in banks and tax havens abroad. Now they are disgraced and hiding, forced from power by citizens fed up with shortages of basic foodstuffs and eager for a return to better days.