People would approach him on their hands and knees, so revered was Thailand’s king, who has died after ruling over the nation for 70 years. 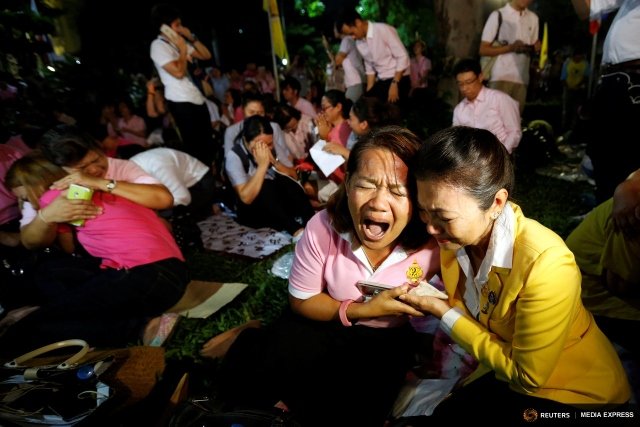 People weep after an announcement that Thailand’s King Bhumibol Adulyadej has died, at the Siriraj hospital in Bangkok, Thailand, 13 October 2016. (REUTERS/Chaiwat Subprasom)

Thailand’s King Bhumibol Adulyadej — the world’s longest-reigning monarch — died on Thursday. It is difficult for many people outside of Thailand to grasp how important the king was for citizens in the Southeast Asian nation. Below, News-Decoder correspondents Deborah Charles and John Rogers, both of whom have lived in Thailand, discuss Bhumibol’s importance as a father figure and how he offered a measure of stability during his 70-year reign.

“Guests approach the king on their hands and knees”

It’s hard to explain the importance of the Thai king to people outside of Thailand. But pictures of the king are everywhere in Thailand, and Thais revered his presence.

Before any movie in a cinema, everyone in the theater has to stand. Then you hear the familiar strains of the king’s song as a succession of photographs depicting the king throughout his long life appear on the big screen.

While I was living in Bangkok, one time authorities blocked me from walking across a pedestrian overpass that crossed a main street. Why? The king was about to be driven on this street, and according to Thai custom, the king must always be seated higher than anyone else.

Guests at the Thai Royal Palace were traditionally required to approach the king on their hands and knees so that the king was always above them.

“Bhumibol provided an element of stability.”

With Thai military and U.S. support, Bhumibol succeeded in keeping his country a functioning constitutional monarchy through the turbulent 1960s and 1970s through to his death.

In so doing, he defied the “domino theory,” which predicted that nations would succumb to Communist rule one by one as their neighbors did.

Thailand’s neighbors to the north and east – Laos, Cambodia and Vietnam – all went Communist. But not Thailand.

As an arm’s-length monarch, Bhumibol provided an element of stability, while a succession of elected or military governments governed one of Southeast Asia’s most important countries.

The politics was often chaotic and sometimes violent, but Thailand survived without revolution. This was, in part at least, down to the monarchy and their king, who was visibly and genuinely revered by his people, in the big cities and the countryside.

His son and successor, Vajiralongkorn, enjoys none of his father’s popularity or esteem.

Deborah Charles was a Reuters correspondent for 24 years. She worked on four continents on issues ranging from the White House to Myanmar’s Aung San Suu Kyi and was the White House correspondent during the Clinton and George W. Bush presidencies. She covered four U.S. presidential campaigns and six Olympics, worked in bureaus in Madrid, Bangkok, Montreal, Toronto, New York and Buenos Aires and covered fighting in Kosovo and NATO bombing of Belgrade. 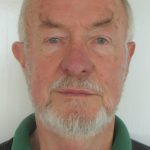