Former White House adviser Steve Bannon has had a major influence on Donald Trump and is supporting nationalists elsewhere. Here are his intellectual roots.

Steve Bannon helped to lead Donald Trump’s presidential bid and served as White House Chief Strategist during the first seven months of Trump’s presidency. This article by S. Romi Mukherjee, who teaches at New York University’s program in Paris and at Sciences-Po Paris, examines key intellectual influences on Bannon, who played a crucial role in shaping the Trump Administration’s early policies and who is supporting a number of nationalist leaders around the world.

“Bannonism,” or the political philosophy of Steve Bannon, is among the most contentious forms of a new populism that helped to sweep Donald Trump to power. It also underpins nationalistic movements in a number of Western democracies.

Rummy-eyed and wearing fatigues, Bannon was an anomaly in Washington before he left Trump’s White House a year ago. Bannonism is also peculiar — its inspiration is esoteric fascism and the dark arts.

Bannonism is code for a battle between populists and globalists, and between nativists and cosmopolitans. The former are white, or Aryan. The latter are non-whites and also whites who defend them (whom Bannon calls the “cucks“). Bannon wants to accelerate a race war.

This does not necessarily make Bannon a fascist himself. Still, he has associated himself with some of Fascism’s most eminent theorists. In Bannonism, Trump’s narrative of “whiteness under attack” is reflected in works by extreme-right writers.

According to biographer Joshua Green, Bannon found an archetype in René Guénon, the high priest of Traditionalism, a school of spiritualism built on nostalgia for the caste system and martial Aryanism.

The Traditionalists see democracy as decadence that can be redeemed by a new spiritual elite. Only they can return the world of modern progress to a world of ancient wisdom. Traditionalists hold that, against the heresy of liberal democracy, the sacred is found in a cosmic order of rigid social and racial hierarchy.

“A sweeping, apocalyptic view of history”

In Bannon’s view, the white working class of 1950s America, a prototype for Trump’s base, constitutes the elite. Emboldened by Trumpism, the base will rescue Western civilization from decline, beating back multiculturalism. Aryan Brahmans will rule again.

In his 1927 book La crise du monde moderne, Guénon cast modernity as a crisis of Tradition, where the cause of disorder was “the negation of differences themselves, of all social hierarchy.”

“Guénon, like Bannon, was drawn to a sweeping, apocalyptic view of history,” Green writes. “Like Bannon, Guénon was fascinated by the Hindu concept of cyclical time and believed that the West was passing through the fourth and final era, known as the Kali Yuga, a six-thousand-year ‘dark age’ when tradition is wholly forgotten.”

In Hinduism, the Kali Yuga is an age of excess and heresy, one where races and castes mix. Untouchables are worshiped by Brahmans, who marry Untouchable women. As democracy takes hold, barbarians ascend. Then a flood overruns them and returns the spiritual elite to the Golden Age.

Bannon spelled out his apocalyptic world view in remarks to a 2014 conference at the Vatican.

“We are in an outright war against jihadist Islamic fascism,” Bannon told the conference over Skype. “And this war is, I think, metastasizing far quicker than governments can handle it.”

“Let them call you racists. Wear it as a badge of honor.”

In his remarks, Bannon mentioned Julius Evola, an Italian philosopher who mixed right-Nietzscheanism, paganism, Hinduism, Buddhism and militaristic Roman Catholicism. Evola envisaged a New Aryan Man. In his most celebrated work, Men Among the Ruins, he outlined his mission:

“… to rid the world in revolutionary fashion of a culture of decadence and the new materialist and collectivist barbarism and to call forth to new life the primal creative power of the ancient Aryans, in close connection with the values of personality, hierarchy, spiritual virility and the Reich as both worldly and metaphysical reality…. That is what Western rebirth fueled by the Aryan spirit means.”

Evola, who died in 1974, tried to guide Fascist society towards Traditionalism. But he was excommunicated by Italian dictator Benito Mussolini, who was frightened of his “magic,” and deemed too reactionary by the Nazis.

Bannon has often referred to Jean Raspail’s 1973 Le Camp de Saints. In the novel, a sperm-drenched guru engineers the mass migration of a million Indians to Europe. The immigrants are embraced by the humanitarian left. Some crusaders take up arms to defend Europe, but they are “cuckolded.” The prince of England marries a Muslim woman.

The novel is sporadically described as scholarship on Brietbart, the right-wing website that Bannon helped found. It is also a mainstay among supporters of Jean-Marie LePen, the former leader of France’s anti-immigration National Front party.

Would a return to the Golden Age mark progress or regression? And who are the real barbarians? 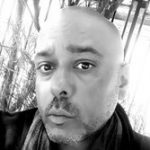 S. Romi Mukherjee is Professor of Global Liberal Studies at New York University in Paris and Visiting Lecturer in Political Humanities at Sciences-Po Paris. A historian of religion and sociologist, his research focuses primarily on the untimely collisions of the religious and the political in the contemporary world.